All new superyacht builds will be subjected to IMO TIER III legislation in just a few months time. Furthermore, compliance with the legislation will also be required on all refits in which the engines are modified or replaced. The legislation which will be carried out at the beginning of 2016 regards NOX reduction from the keel laying ceremony onwards, the implementation of which Dutch company MarQuip has played an integral role within. 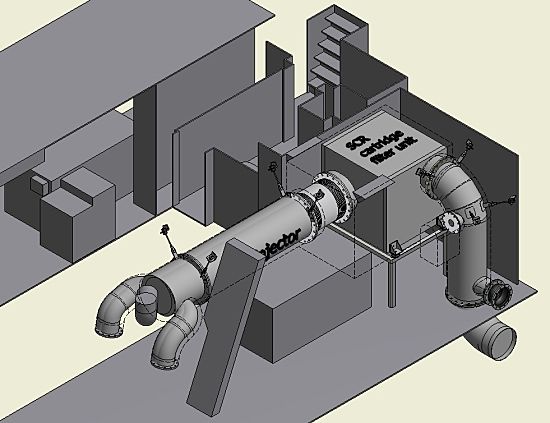 Now, in response to requests from owners, MarQuip reports that they are now turning their attention to existing superyachts and refit projects - no easy feat and requiring accurate, efficient work. The conversion is prepared for first by making an on board survey complete with 3D scans of the engine room and interfaces. The scan is then transferred into usable drawings and a new exhaust layout is designed incorporating the SCR system. MarQuip provides a report on the operational costs, a detailed quotation for design, supply, installation, commission and certification, and the preliminary planning. 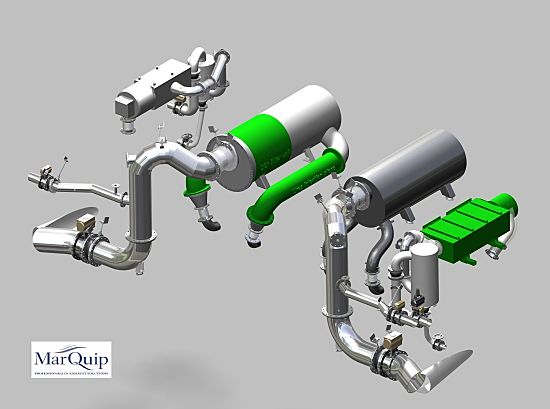 “Owners are among those best placed to appreciate the beauty and fragility of the world’s seas and to contribute to their preservation,” says MarQuip’s general manager, Dennis Bravenboer. “It is entirely their choice, however, whether to comply with the new IMO TIER III regulations on their current yacht. Thankfully, many owners are opting to respect these new rules even though they are not compulsory. Environmental awareness is rising sharply as MarQuip has seen in the requests which we receive, both directly and via owner’s representatives.”

MarQuip will be present at the Monaco Yacht Show next week, where they will share detailed information on their clean exhaust system and the IMO TIER III legislation.