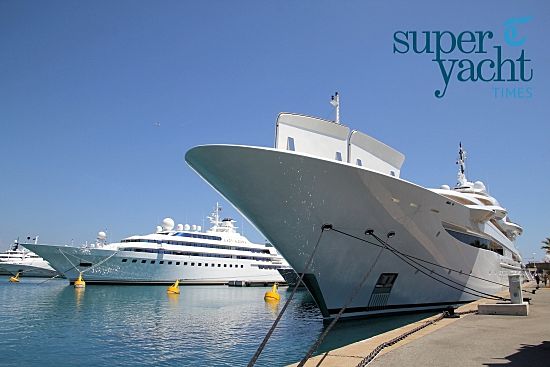 Maryah and Lady Moura in Antibes

Seen yesterday in Antibes, France, are the two superyachts Maryah and Lady Moura. The 125 metre Maryah was delivered in 2015 by the Greek Elefsis Shipyard, following a total rebuild that took several years to complete. Both her interior and exterior design were completed by the British studio H2 Yacht Design.

Although not many details surrounding Maryah are yet to be confirmed, it is thought that she accommodates 54 passengers in total over six decks and is constructed to full SOLAS regulations. Amongst her list of amenities on board is a helipad, movie theatre, beach club, a Jacuzzi and ample swimming platform.

The 104.85 metre superyacht Lady Moura was completed by the German shipyard Blohm + Voss in 1990. One of the most significant launches of the year, an article regarding the vessel was featured in the second edition edition of the SuperYacht Times newspaper.