After recently completing charters in the Caribbean, charter spa therapist Heather Hawthorne got a call from her husband telling her about the devastation from the recent flooding, which was very close to their home in the Sunshine Coast in Australia. She says, “we’d all been watching the TV in horror, but my husband was pretty ‘choked up’ when he called me and that really prompted me to do something.” 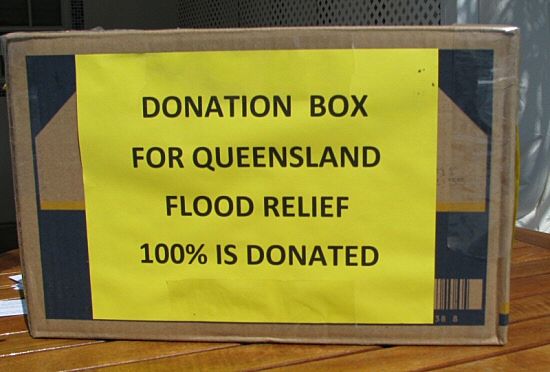 “The yachting community is full of Aussies, Kiwis and people from all over the world. Even though I’m American, I live in Australia and I wanted to raise awareness within the yachting community and also raise money for the flood victims. With the support of a few generous sponsors, I organized a massage charity event in St. Maarten. 12 professional massage therapists from the island and from the yachts at the marina participated in the event. We offered massages for donation, with 100% of the proceeds going to QLD. Flood Relief Appeal. My goal was to raise $1000. Throughout the day we gave 56 massages and we donated over $2200!”, Heather says.

She adds, “it was such a pleasure to see so many nationalities come together and show their support. We made a big bright yellow donation box so if they didn’t get a massage, they were still able to donate. Two male crew members (one American, one South African), on their only day off, drove over an hour to the event to participate. The support from the yachting community was amazing.” A special thanks goes out to everyone who participated.