Sunshine, blue skies and a fresh mistral breeze provided near perfect sailing conditions for the 34 maxi sailing boats competing in the Maxi Yacht Rolex Cup in Sardinia. With two more race days remaining and some tight situations at the top of the classifications in the five competing divisions, the heat is on at the event organized by the Yacht Club Costa Smeralda (YCCS) in collaboration with the International Maxi Association (IMA) from 5th to 8th September. At the conclusion of racing today Bella Mente (Mini Maxi), Magic Carpet 2 (Wally), Aegir (Racing), Velsheda (Racing/Cruising) and Nilaya (Super Maxi) hold the top spots in their respective groups. 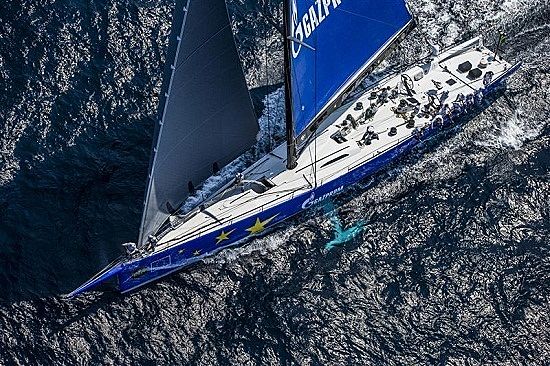 Day four of the event saw the Mini Maxi and Wally fleets complete two windward-leeward races. Hap Fauth's Bella Mente continues to increase her lead in the Mini Maxi class - competing in Porto Cervo for the title of Mini Maxi Rolex World Champion - thanks to a series which boasts three bullets and two second places over five races held. Niklas Zennstrom's Rán sits in second place overall ahead of Jethou, which has America's Cup veteran Brad Butterworth on tactics. 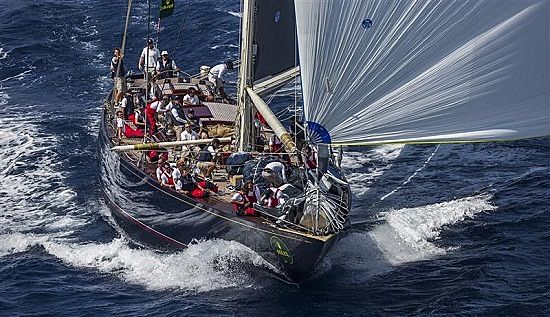 Lindsay Owen Jones' Magic Carpet2 claimed two victories today to increase her lead in the eight-boat Wally class. A discard due to come into play after tomorrow's racing, however, could shake up the leaderboard which currently sees Owen Jones trailed by Open Season, with tactician Ross McDonald, and the 24.4 -metre J One.

The Racing, Racing/Cruising and Super Maxi divisions meanwhile completed a 36 mile course which basically took them along yesterday's route in reverse: from the start off Porto Cervo to round Monaci island before heading south to the Secca Tre Monti and leaving the natural buoys of the islands of Santo Stefano, La Maddalena and Barrettinelli to starboard. From there the fleet embarked on a long downwind run to the finish off the Gulf of Pevero.

Among the Racing/Cruising yachts the Swan 90 Altair took a second victory over Brian Benjanmin's Aegir today. Benjamin, however, continues to hold the top spot in the overall classification just one point ahead of Altair. Marco Rodolfi's Berenice Bis sits in third place overall.

Although it was once again the Grand Prix racer Esimit Europa 2 that crossed the finish line first in the Racing division, it was a dramatically different competitor - the 1933-launched J Class sloop Velsheda - that claimed victory on corrected time today. Irvine Laidlaw's Highland Fling took second place on corrected time with Igor Simcic's Esimit in third and all three boats maintained this same order in the overall standings.

"As we are one of the heavier boats here, Esimit and Highland Fling race away very quickly," said Velsheda's navigator Mike Broughton. "It's been tricky in terms of picking the right sails and very challenging in between the islands. Taking a J-Class within metres of the rocks provides great snakes and ladders racing."

In the Super Maxi fleet the 66-metre modern classic yacht Hetairos, a goliath among goliaths, was first to cross the finish line but it was the 112-foot Baltic Yachts Nilaya that took victory on corrected time for the third consecutive race, leaving her with a perfect scorecard over three races held and a fairly comfortable lead in the overall classification. Nilaya is followed by Peter Harrison's Sojana in second and the 45-metre Wally Saudade, which has Andy Beadsworth at the helm, in third.