Following six days of exhilarating racing action out on the water in the picturesque setting of the Porto Cervo, the 23rd edition of the Maxi Yacht Rolex Cup and the Rolex Maxi 72 World Championships was full of surprises. 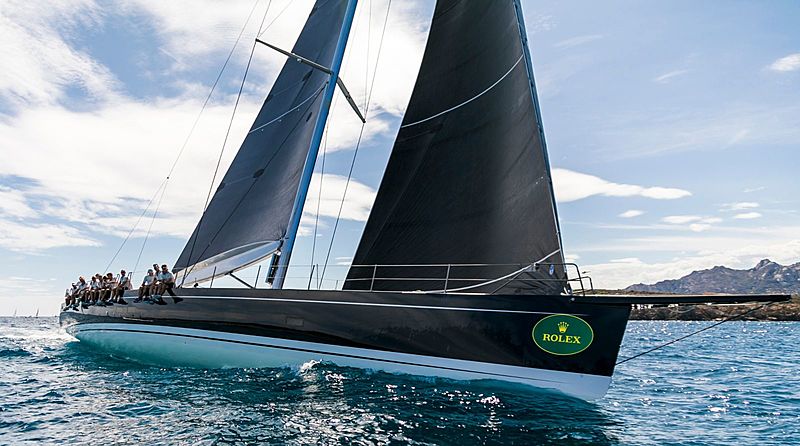 Jointly organised by the Yacht Club Costa Smeralda - which celebrates its 50th anniversary this year - and the International Maxi Association (IMA), with support from their historic sponsor, Rolex, the first day presented the seven classes competing with numerous challenges, including winds of almost double those forecast, 15+ knots rather than eight, facing the course down the length of ‘Bomb Alley’ to the Island of Spargi and back. 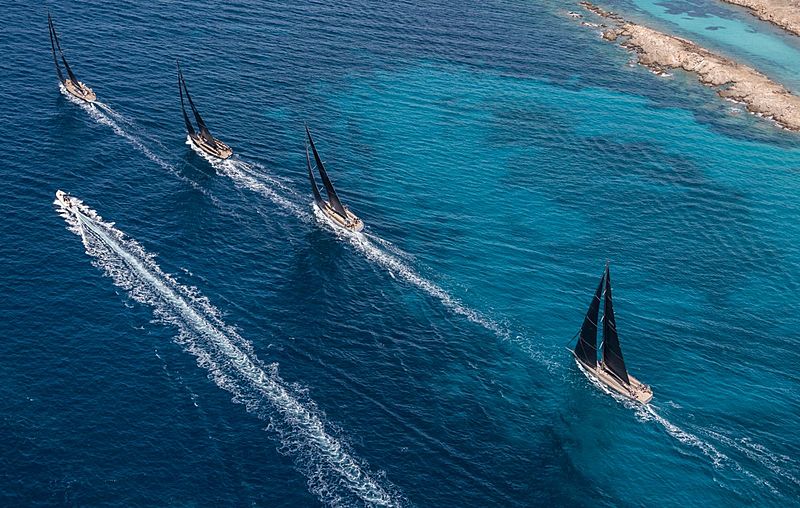 This favoured the smaller boats competing, with a highly stressful start for the larger, glamorous sailing yachts. Excelling in these unexpected conditions was the first-time winner of the Wally Class, Toni Cacace on Magic Blue. In the Super Maxis, International Maxi Association member Filip Balcaen ended the race assuming his Baltic 112 Nilaya had scored a deep result and missed out on the top prize. Much to his surprise, she won ahead of Salvatore Trifiro's new 32.6-metre long Malcolm McKeon design, Ribelle. 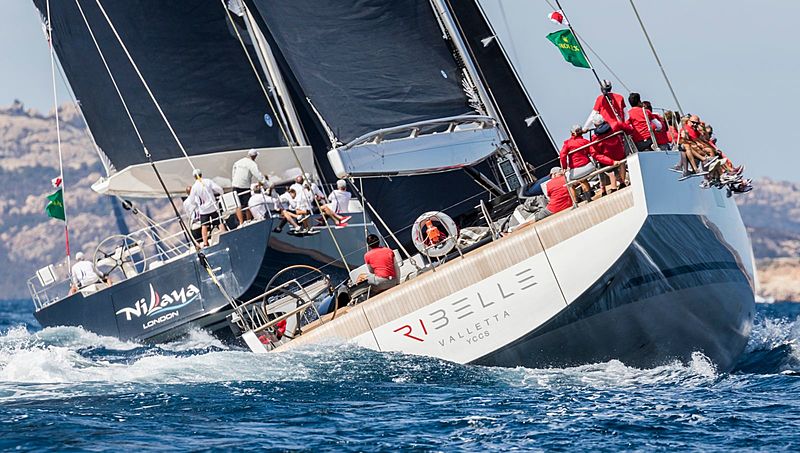 These tricky conditions continued on the second day, with racing being cancelled in both the Maxi 72s and the Wallys due to the wind turning through 180° halfway down the run. Although the news was better for the Super Maxi, Mini and Mini Maxi classes, unexpected gusts of 18-19 knots resulted in the three Mini Maxi classes having their course shortened. 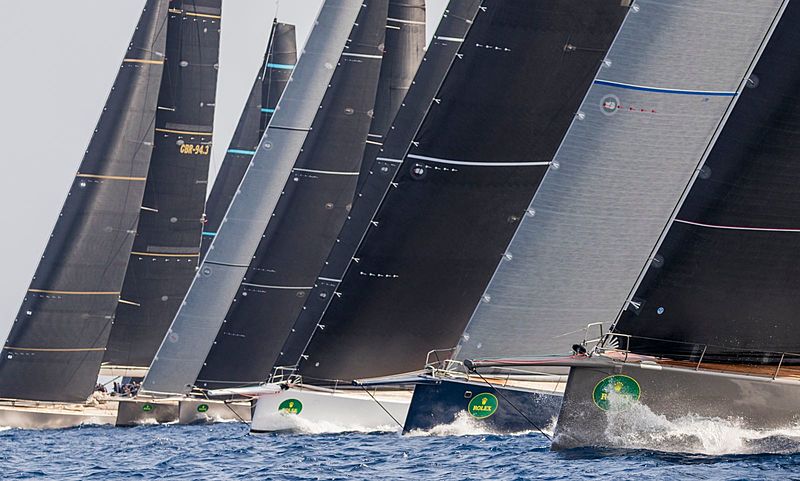 The larger classes struggled on through the wind, leading to disgruntlement among the Super Maxis, where the new 32.5-metre Malcolm McKeon-designed Ribelle claimed the class mainly by avoiding a hole, in which Nilaya and WinWin were stuck. The winds subsided on the penultimate day of racing, with Costa Smeralda serving up near perfect conditions and northwesterly winds peaking in the mid-teens. 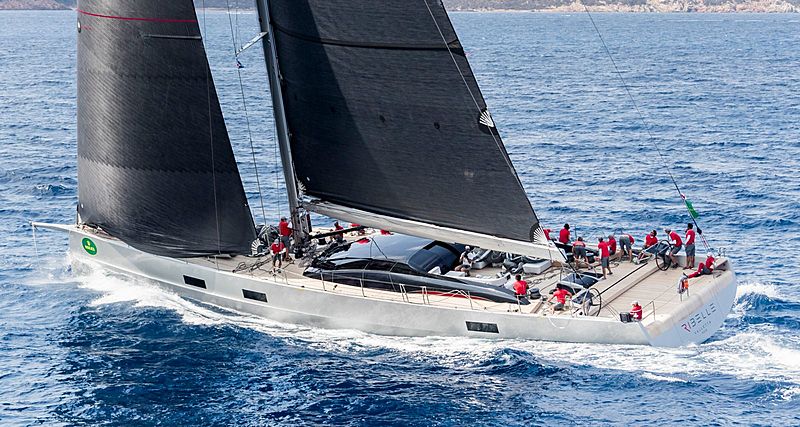 The surprise winner of the day was Alex Schaerer’s Swiss Maxi 72, Caol Ila R. Although the boat led from start to finish, their lead was tenuous at times. Cannonball was just 14 seconds behind during the race and her two points lower IRC rating translated into victory for her by a mere four seconds, prompting whoops of joy from the Cannonball crew. 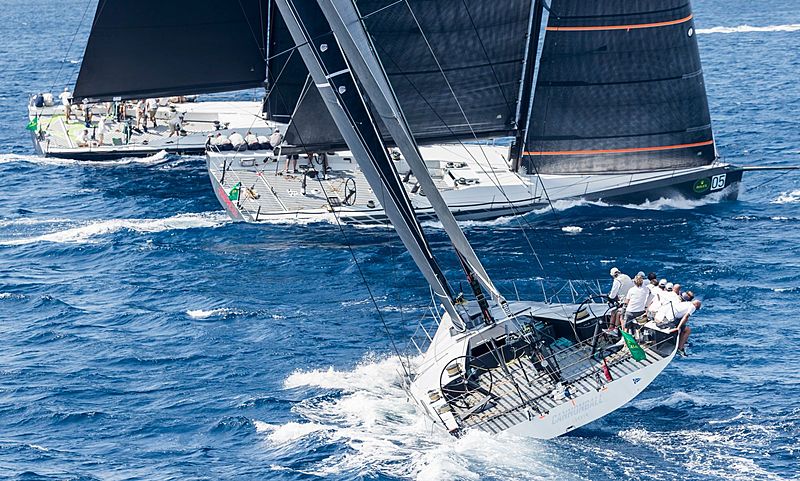 Drama continued between the Wallycentos, where the Wally 107 of International Maxi Association President Thomas Bscher, Open Season, got stuck in traffic, enabling Galateia and Magic Carpet to close, and Galateia to win by a mere 12 seconds, 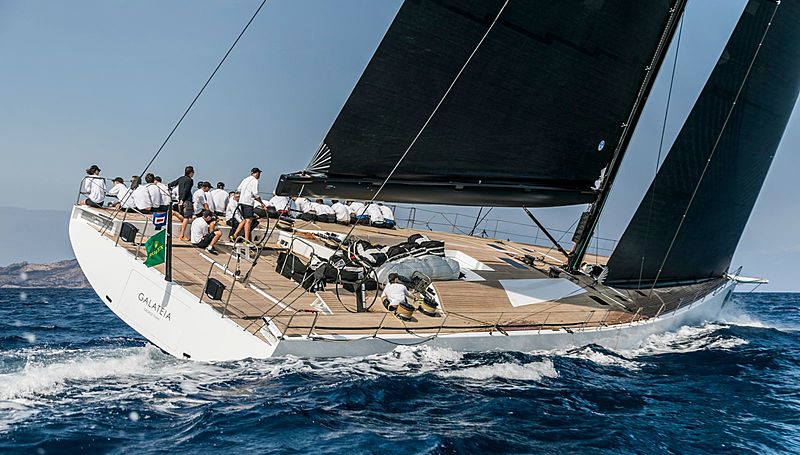 On the final day, it was Germany’s Dieter Schön and the crew of Momo who were the crowned the overall winners of the 2017 Rolex Maxi 72 World Championship. Going into the last day of racing, Momo held a 2.75 point lead over Dario Ferrari’s Cannonball. 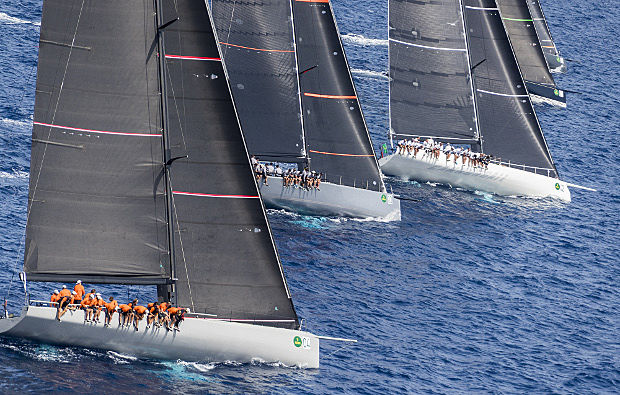 Following two exhilarating windward-leeward races, she won by a point, with the top four Maxi 72s all finishing within two points. At the prizegiving ceremony, Momo was awarded the 2017 Maxi 72 Overall trophy.