When the 20th edition of the Maxi Yacht Rolex Cup gets underway in two weeks, expect nothing less than a medieval scrap between various latter day warlords and their trusted retainers.

The mightiest contest is expected in the Mini Maxi division where eight of the latest exponents of this growing class will be brushing up on Sun Tzu's Art of War ahead of the season's highlight Maxi yacht event, which begins on 6 September and is organised by the Yacht Club Costa Smeralda. Equally, compelling contests will unfold elsewhere in the forty-four boat fleet, which features some battlefield goliaths including Albert Buell's 45.19 metre (148 foot) Saudade (MLT), only marginally outstripped on the size front by Hasso Plattner's 45.52 metre (149 foot) Visione (GER). 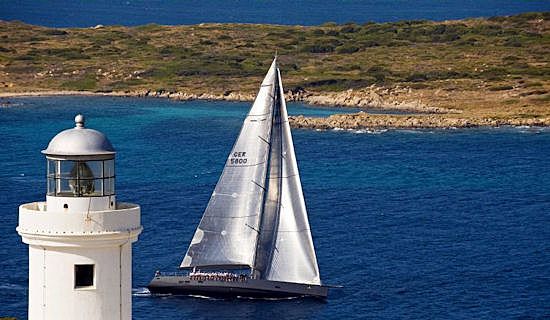 Only one division champion from 2008 is returning to the scene of their triumph. Lindsay Owen Jones' 28.8 metre (94 foot) Magic Carpet 2 (GBR) will be defending her Wally Yachts' title. Owen Jones has won his division at this event on four occasions with two different yachts, but even he will be anticipating a tough few days. Jean Charles Decaux and the 24.4 metre (80 foot) J One (FRA) (the former two-time winning steed of Owen Jones) vanquished all opposition in 2007, whilst Claus Peter Offen, a victor in 2005, is returning with a brand new 30.5 metre (100 foot) Y3K (GER). This latest Y3K features a trim-tab fixed keel, PBO rigging, a high modulus carbon-fibre mast and a three-metre bowsprit. Weighing in at 57 tonnes she incorporates a luxurious interior and is no stripped-out flyer, but Offen is a competitive yachtsman and looked to the America's Cup Class design world when selecting the keel and rudder combination. 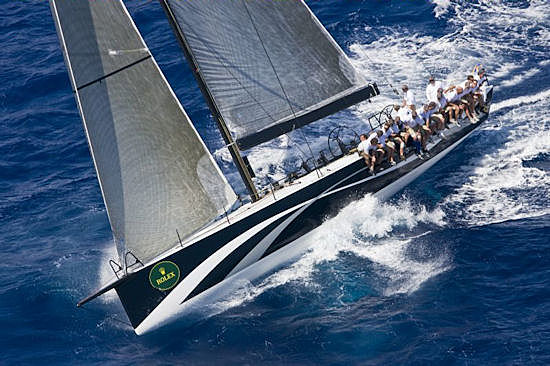 Y3K will not be the only yacht making its Maxi Yacht Rolex Cup debut. There are a host of Mini Maxis getting ready to engage in battle on the waters off Porto Cervo for the first time. Niklas Zennstrom's 21.9 metre (72 foot) Rán 2 (GBR), flush with success from the 2009 Rolex Fastnet where she took the overall win, is heading into the fray. Zennstrom will expect no quarter from Patrizio Bertelli's all-star cast on the STP 65 Luna Rossa (ITA) or Udo Schütz's STP 65 Container (GER) - both newcomers too. Schütz is a former Admiral's Cup winner and is unlikely to be fazed by any of the other formidable weaponry on display. Hap Fauth's 21 metre (69 foot) Bella Mente (USA) is another freshman hoping to prove her mettle along with Sir Peter Ogden's Jethou (GBR). At 18.3 metres (60 foot), Jethou is the smallest combatant amongst the IRC oriented Mini Maxis and the crew will have their work cut out to keep pace on the water with some of their competitors. However, first home is not first on the podium. Corrected time is the all-important determinant of who receives the spoils.

Whilst the newest Mini Maxis are expected to replicate an on-water cavalry charge around the courses, a 2006 division winner will be taking the contest at a more leisurely pace. The 42.82 metre (125 foot) Hetairos (CAY) was built in 1993, but is absolutely classic in appearance. Often, at the Maxi Yacht Rolex Cup, she appears to adopt a field-marshal's role observing the mêlée from afar and then delivering the crushing blow come results time. Another expected to follow this model is the 39.92 metre (131 foot) Maria Cattiva (MLT). Launched in 2003 by the Dutch yard Royal Huisman, Maria Cattiva is a Bruce King design, just like Hetairos, and is also a modern interpretation of a bygone era.

This year's Maxi Yacht Rolex Cup also forms the final showdown in the Swan Maxi Class. The 2008 circuit winner, Roel Pieper's Swan 80 Favonius (NED) (winner of the Rolex Swan Cup in the same year), comes to the arena with a solid track record on the Costa Smeralda. Pieper will expect no quarter from the Swan 90s Solleone (ITA) or DSK Pioneer Investments (ITA), the Swan 82FD Grey Goose (GER) or the Swan 601 @robas (FRA) all of whom will be looking to unseat him. 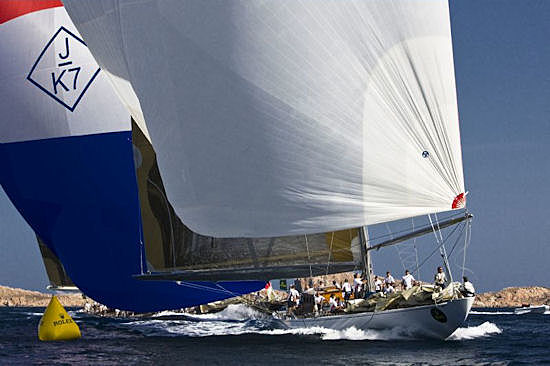 Leaving aside the warlike analogies for the moment, the event is shaping up to be memorable one particularly if the wind plays its part and allows organisers the chance to put on a full-week of competition. With competing yachts from 16 different nations, including Karl Kwok with Beau Geste from Hong Kong and Neville Crichton with Alfa Romeo 3 from New Zealand, it will be an international occasion. One other thing for certain, the intensity of activity on the water will be matched by the intensity of the social schedule ashore, as owners and crews mix together to trade war stories each evening. 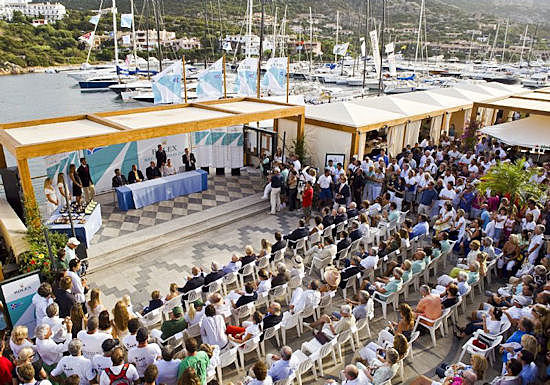