As part of our history series from revered in-house yacht historian, Malcolm Wood, SYT takes a closer look at yacht builders and their yachts that are, for one reason or another, no longer in existence. In this article, he takes a look at Maxim’s des Mers, a luxury commercial yacht that was prominent on the Cote d’Azur in the 1980s. 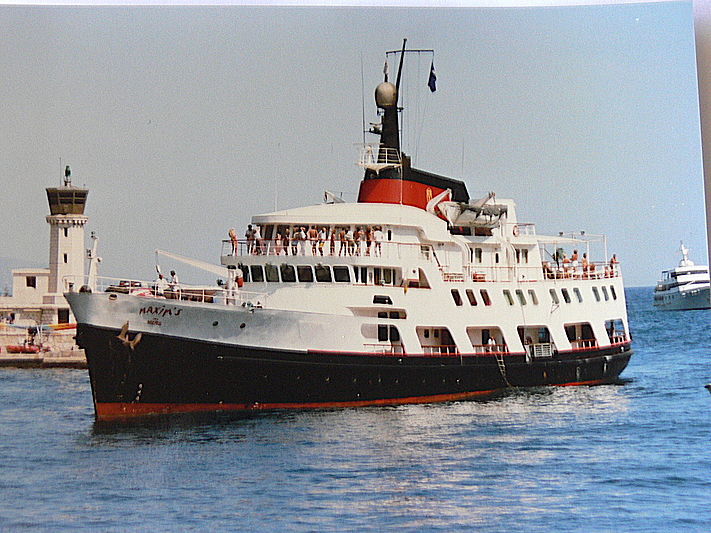 Photo: Malcolm Wood Yachting ArchiveMaxim’s des Mers was intended, as the name implies, to be a sea-going version of the world famous Maxim’s restaurant in Paris. The man behind this venture was none other than fashion designer Pierre Cardin who had acquired the Maxim’s restaurant brand in 1981 and opened branches in New York, London and Beijing in 1983. Many fashion designers have owned or still own large yachts today but this was a different project.

Maxim’s des Mers was originally built as the US naval minelayer Major Samuel Ringgold by the Marietta Manufacturing of Point Pleasant WV in 1942. It renamed USS Monadnock (ACM 14) in 1944 before being sold for private use in 1960. Partly converted in 1965, it carried the names Etchkup, Tahiti, Amazonia, My Dear and Majestic prior to being acquired by Pierre Cardin in the mid-1980s. 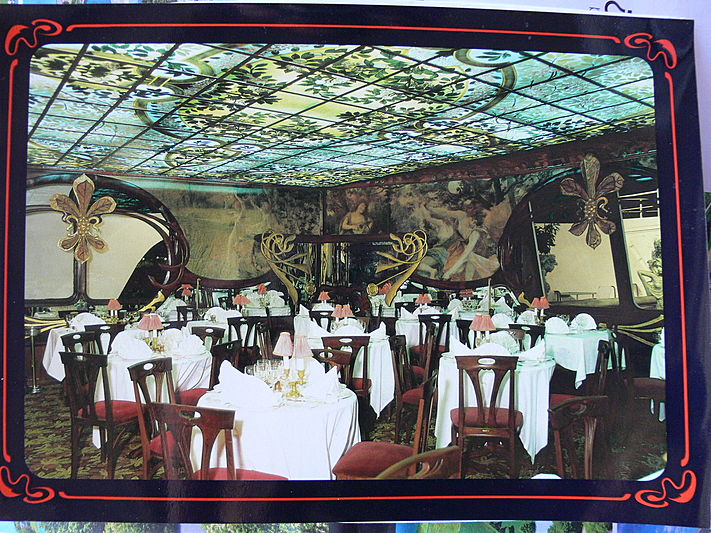 Photo: Malcolm Wood Yachting ArchiveRebuilt by Serra Freres at Toulon in 1986 and renamed Maxim’s des Mers, the vessel was reconstructed with a very large superstructure to accommodate 32 guests in 16 deluxe suites and served by 30 crew. Guests would dine in the onboard Maxim’s restaurant and could also visit the casino, piano bar, massage room, hairdresser, beauty parlour and boutique.

There was also an outdoor pool/jacuzzi in addition to the usual sports equipment of windsurfing, water-skiing, clay pigeon shooting and jet skis. The luxurious art deco style suites were each decorated in an individual style by Pierre Pothier and Herve Masini and inspired by such celebrities as Sarah Bernhardt, Marc Chagall, Edith Piaf among many others.

Cruising itinerary in the Mediterranean included calls to Monaco, Cannes, St. Tropez, Olbia, Porto Cervo, Elba, Bonifacio and Propriano. There was also an itinerary planned for the Caribbean and although the vessel visited New York it is unclear whether Maxim’s Caribbean schedule ever happened. 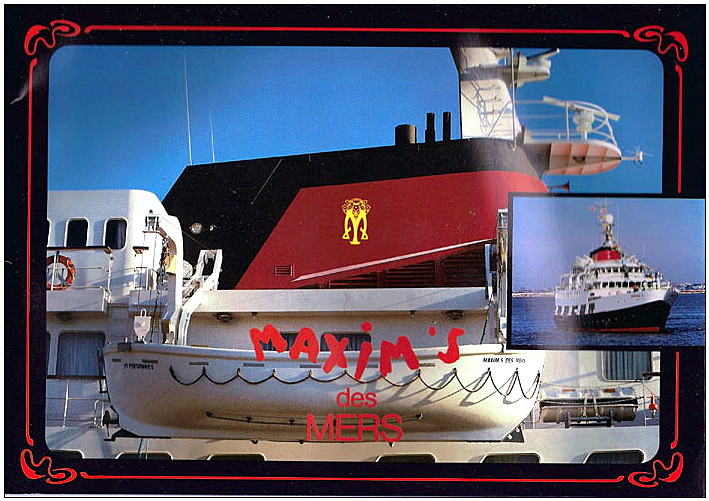 The vessel’s hull and superstructure were in steel. Registered in Nassau, Bahamas Maxim’s was usually based at La Seyne-sur-Mer in the Var and was laid up there in 1993.

In 1998, Maxim’s des Mers had a fire whilst laid up and was partially flooded in poor condition by 1999. The vessel was then towed to Fezzano near La Spezia in 2001 for breaking up. By 2005, Maxim’s des Mers had been abandoned, stripped and partially sunk at her mooring. This was a sad end to a unique attempt to introduce the Maxim’s restaurant experience to the high seas.