The 58.4-metre Kokomo was launched at the end of MCM’s 21st year in business. Designed by Dubois Naval Architects with interior by Redman Whiteley Dixon, she is set to be delivered by Alloy Yachts in late February 2010 – in time for her owners to watch the Louis Vuitton Trophy (9-21 March). 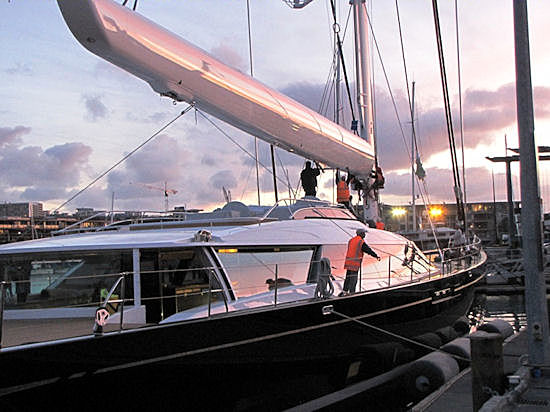 MCM founding partner, Peter Wilson says: “It was very exciting to see this, our largest yacht to date, roll gracefully down the slipway and be launched in Henderson and then to make her way to deeper waters on the Auckland waterfront for commissioning. Not only is this the largest launch for MCM to date but also for Dubois, Alloy, Southern Spars and Doyle Sails NZ.”

A number of other MCM new-builds, power & sail, are in progress due for launch between 2010 and 2012. One new order for a motor yacht of around 40 metres has just been placed – with MCM acting for her owner, initially in the yard selection process. Further details to be announced shortly. 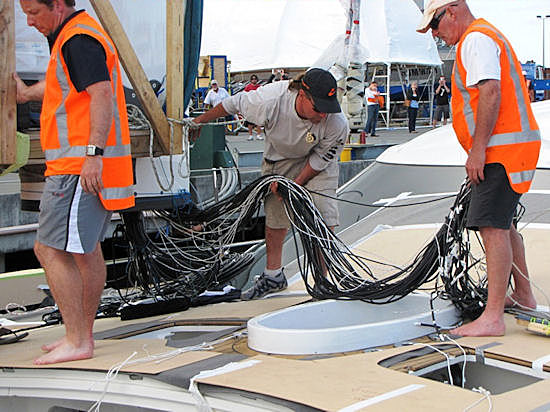 Meanwhile the yacht management division, with offices in Newport, RI, and Palma de Mallorca, adds boats to its fleet including Artemis (ex Salperton). The previous (52m) Kokomo’s new owner – who has named her Konkordia – has also selected MCM to manage her.

MCM has managed the construction of over 60 large yachts.