New Zealand superyacht builder McMullen & Wing has announced a contract to complete the 50m steel/aluminium luxury expedition motor yacht with yard number 1016. The project formerly known as Star Fish, was put on hold in 2012, after she was damaged in a fire, when she was two and a half years into her three year build. The new name of the vessel remains under wraps. 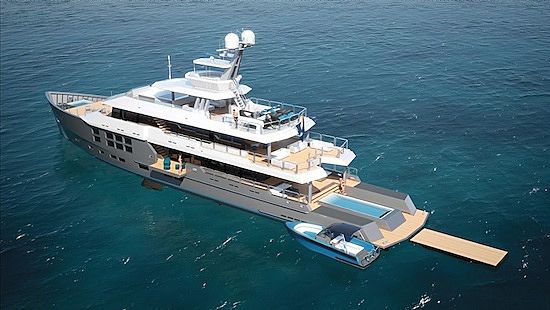 The new yacht, which will be delivered in early 2016, will have a strong focus on live-aboard amenity, outdoor living and extended cruising range. She will feature a spacious cockpit for waterside lounging and activities. Natural gardens on the bridge deck as well as large hot tubs on both sun deck and foredeck lend themselves to a relaxed outdoor lifestyle. 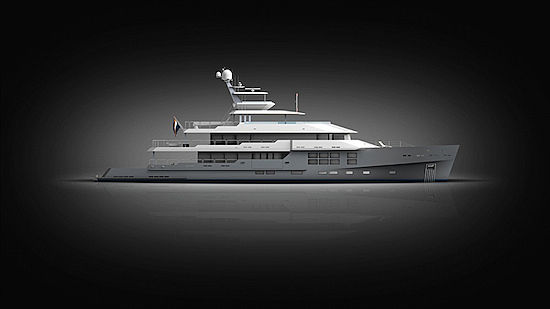 The contemporary interior, also designed by Gregory C. Marshall Naval Architects, will accommodate up to 12 guests in 5 cabins and will showcase natural materials in a relaxed modern ambience. Light, airy interior spaces flow seamlessly onto extensive decks on all levels. Bulwark balconies allow the floor-to-ceiling glazed doors from the dining space to frame a spectacular vista, whilst also providing the ultimate sunbathing location, suspended over the water. The breathtaking owners’ suite, on the bridge deck aft, opens onto its own private aft garden deck. A symphony of light and space, the owners’ suite is a haven of calm and relaxation.

The contract provides welcome security for McMullen & Wing’s core team of employees, many of whom have been with the company for 10, 20 or even 30 years. It also sees McMullen & Wing actively recruiting for significant numbers of additional staff in design, planning, management and trade departments.

Bartram & Brakenhoff introduced the client to the project, with Burgess acting at the central agent.