Brazillian shipyard MCP Yachts have launched the second hull in their 106 Limited Editions line. Hull 089, christened Paradiso at her launch, follows the successful hull 088 superyacht Mars, which was launched in 2014. As with hull number one, Paradiso’s interior and exterior areas are designed by MCP’s in-house design team. 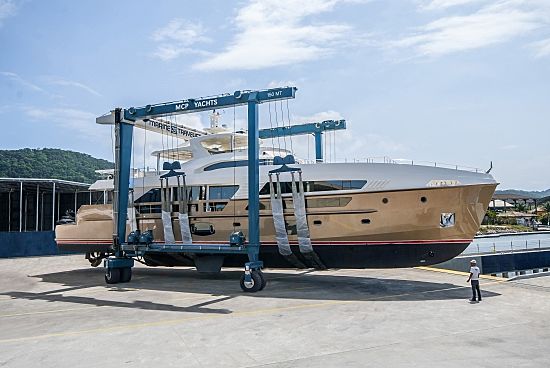 The 106 Limited Edition measures 32.31 metres in length, with a 7.22 metre beam. Constructed in aluminium, she accommodates up to 11 guests on board, as well as a crew of up to six. Four luxurious staterooms are found on the lower deck, whilst an opulent owner’s suite is located on the main deck. Powered by two CAT C32 Acert 1,825hp engines, she has a maximum speed of 24 knots, a cruising speed of 20 knots and a range of 3,000 nm. 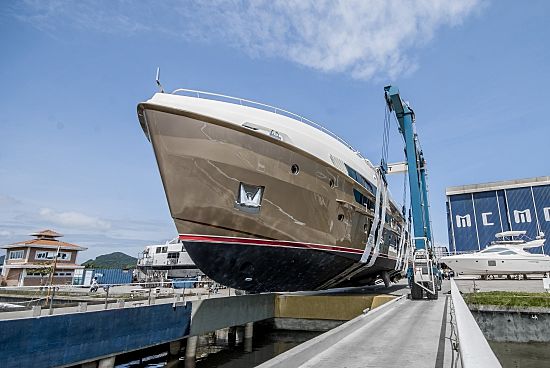 Even though the interior arrangement is similar to the first hull, with the master suite located forward on main deck and a further four guest cabins below in the lower deck, Paradiso’s striking metallic copper-coloured hul and crisp white superstructure is what sets her apart from her sister. 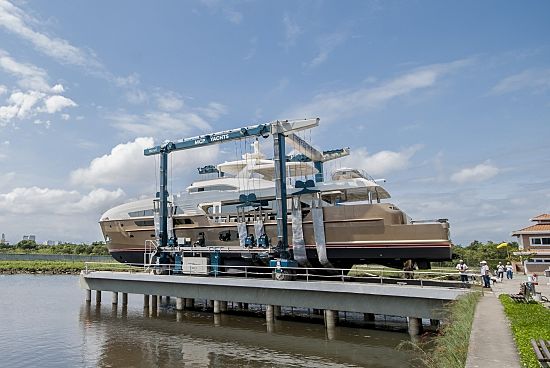 Read our on board report on the first hull, Mars, here.