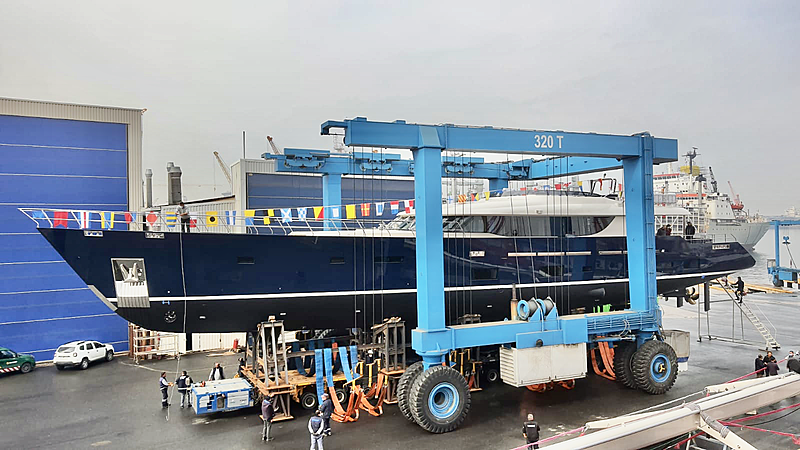 L’Aquila II has a navy blue steel hull with an aluminium-composite superstructure. The navy blue finish has been used within the interior detailing, with five guest cabins consisting of one master suite, two VIP cabins and two double cabins, accommodating up to ten guests. She can also accommodate six crew between four cabins. The yacht reaches a speed of 14.5 knots with 2 Yanmar 6AYM-WGT L-Rated 911 hp engines. L’Aquila II will remain in Pendik Marina until the end of June, where she will undergo sea trials and the final stages of her outfitting, ready for the coming Mediterranean summer season. 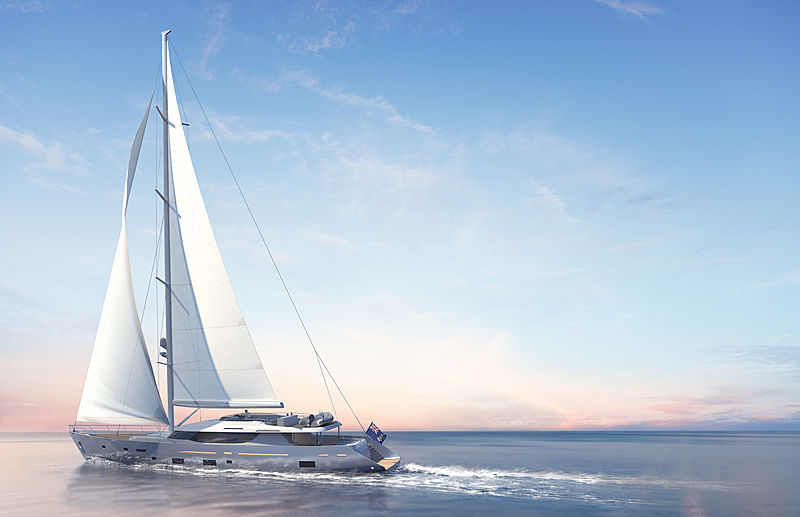