The Spanish shipyard MetalShips will complete the construction of the 59 metre steel and aluminium superyacht project referred to as the Marin 5900, project Y102. The project was commissioned several years ago in 2008, and after a series of delays, apparently due to financial difficulties from the Factoria Naval Marin shipyard, the original client cancelled the contract in 2011. 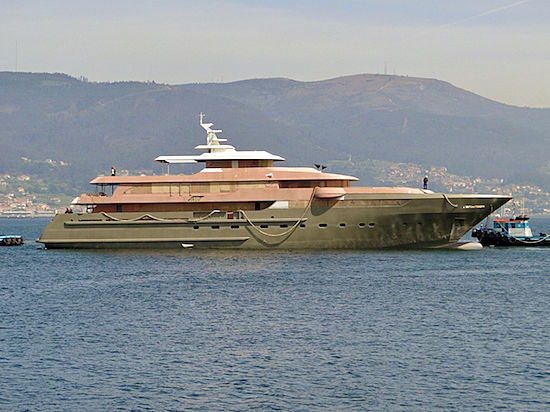 Though a couple of years have passed since the cancellation of the contract and consequential search for a new owner, she will now be completed at MetalShips’ facilities in Vigo, Spain, with the yacht reportedly 70% complete.

Powered by twin Caterpillar 3516BHD Series II 2000 diesels, she will have a transatlantic range of 5000 nm, with a top speed of 17 knots and a cruising speed of 14 knots. Notable features in her original design included a glass elevator, sauna and gym on the sundeck, as well as a large forward Jacuzzi surrounded by sunpads.