Organisers of METS has announced that 2015 is set to be their biggest year in terms of numbers since the financial crisis hit in 2007. With the show set to take place in just under 3 weeks time, almost 1,400 brands and companies have confirmed their attendance as exhibitors, with the average stand size now almost back to the levels witnessed pre-2007, marking the progressive recovery of the industry and the regrowth of the annual event. 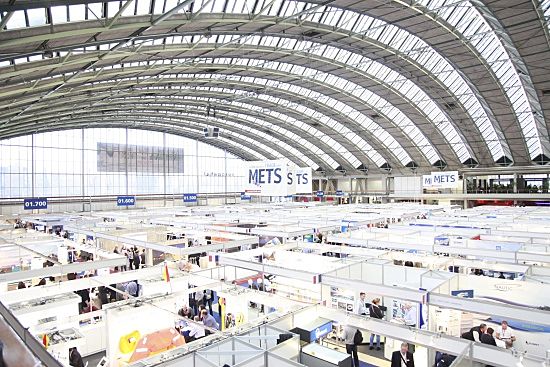 Hosted in the RAI Amsterdam convention centre, organisers further report that the Superyacht Pavilion (SYP) - one of three specialised areas at the trade show - is completely sold out with a total of 221 exhibitors - 10% more than 2014. Furthermore, the Marina & Yard Pavilion (MYP) has grown to 49 exhibitors, whilst there will be 18 Country Pavilions run by national associations within ICOMIA.

“In addition to being the world’s largest show in its category, METSTRADE is the only truly international show of its kind,” comments Irene Dros, Maritime Domain Manager at RAI Amsterdam. “This is an ideal chance to meet global distributors from as far afield as New Zealand, Singapore, the Middle East or Africa, as well as all over Europe.

“Ambitious and enterprising producers can find distributors and suppliers on all continents, running the gamut of the entire supply chain. And those looking for a unique and different new perspective on the market need look no further. We look forward to welcoming you to Amsterdam in November.”

The show will be held from 17th to 19th November.