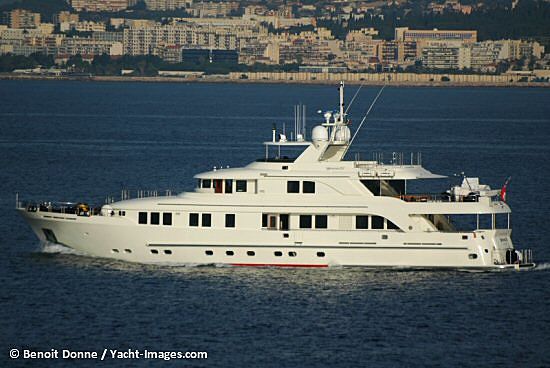 Metsuyan IV cruising off Nice on 18 June 2007. Metsuyan IV was built by CBI Navi in 2006. The 36m yacht was designed by Ginton Naval Architects and Ken Freivokh designed her interior. The Israeli owner previously owned a 27.9m Astondoa called Metsuyan III and a Ferretti called Metsuyan II. Metsuyan IV is has her home berth in Marmaris, Turkey and she is available for charters through Edmiston & Co.