Recently the Savona based shipyard Mondomarine launched their 55th superyacht, M/Y Toy-A. The 50 metre semi-displacement superyacht was designed by Giorgio Vafiadis, who also styled the interior decoration, while the naval architecture was done by the in-house team of Mondomarine. 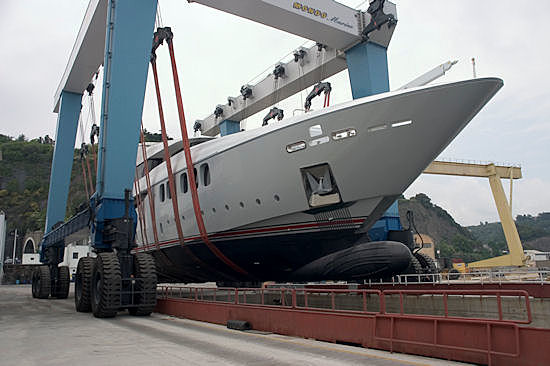 Realized to be mainly used in the Mediterranean this superyacht is built to relax and entertain guests on its ample exterior spaces. Toy-A features a beautiful sun deck with a bar, barbeque, dining area for twelve guests, Jacuzzi and a large sunlounge area.

The main deck features a large saloon with dining room and forward is the owner’s suite. A VIP cabin can be found on the upper deck as well as another saloon and four more guest cabins are situated on the lower deck. 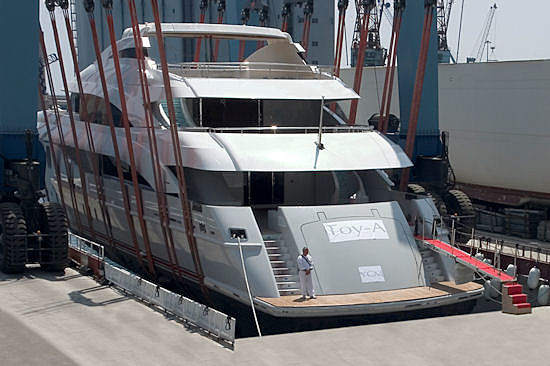 The ABS classed superyacht is powered by a pair of 2,735hp MTU engines, which enable Toy-A to reach a top speed of 20 knots.

By the end of the Summer Mondomarine will launch Alexander Two, a 41 metre semi-discplacement superyacht, and Streamline 2, a 50 metre displacement motor yacht. Work on a new shed will also commence soon, which will be used for the construction of the two 65 metre superyachts.