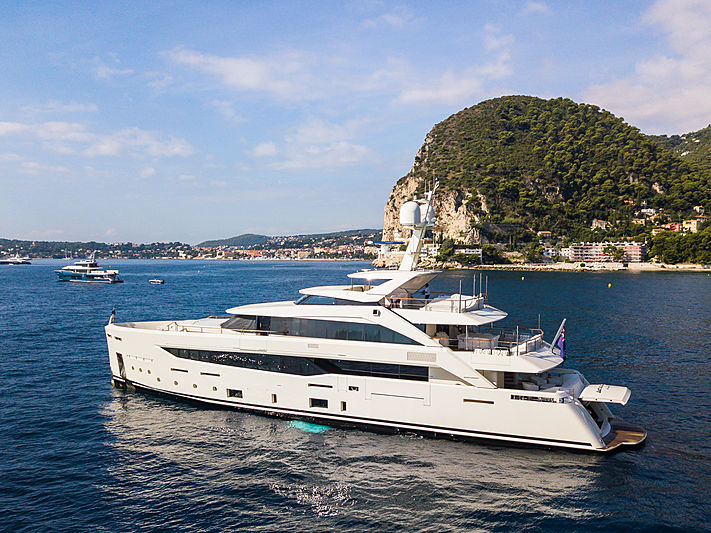 Photo: Julien Hubert / SuperYacht TimesThe 41.50-metre superyacht Serenity was built in 2015 as the first and only unit in Mondomarine’s SF line of yachts designed by Luca Vallebona of SF Yachts. After making her debut at the 2015 Monaco Yacht Show, Serenity then headed to the Middle East where she was on display at the Dubai International Boat Show the following year before returning to Mediterranean waters where she was spotted this summer season. The all-aluminium vessel is fitted with two MTU 12V 2000 M72 engines which give her a top speed of 16 knots, a cruising speed of 15 knots and a range of 4,000 nm at a speed of 12 knots.