Cornelius Gerling reports from the Monaco office of Edmiston that his central agency listing M/Y Streamline will be at the Cannes International Boat Show. Built by Mondomarine in 2007, Streamline’s impressive 40.2-metre hull is incredibly stable, while two powerful 2,255 hp engines enable her to attain a cruising speed of over 20 knots with ease. 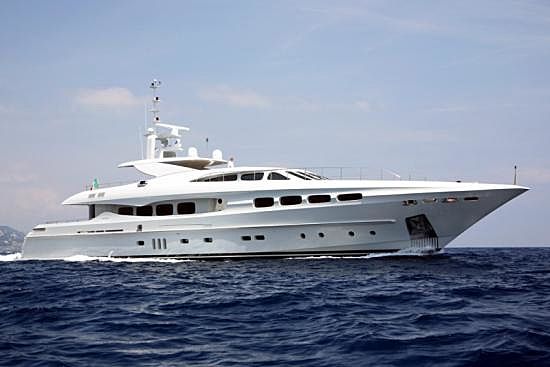 The beauty of her interior matches the excellence of her performance, as well as her sleek exterior, which was designed by Cor D. Rover. One of Paris' hottest designers Frederic Méchiche was given the enviable task of creating the interior decor.

Aspiration, a joint CA of Cornelius Gerling, will be off anchor during the show and it’s even possible to try the yacht during a short sea trial. Aspiration is a 26 metre Swan sailing yacht from 1988.