The second hull in Monte Carlo Yachts’ MCY 105 line, named Serendipity, has been launched earlier in the year, and has since successfully completed her sea trials off the coast of Italy. Built at the company’s facility near Trieste, Serendepity features a soft blue hull and white superstructure compared to the first hull, M/Y G’s all-grey exterior. 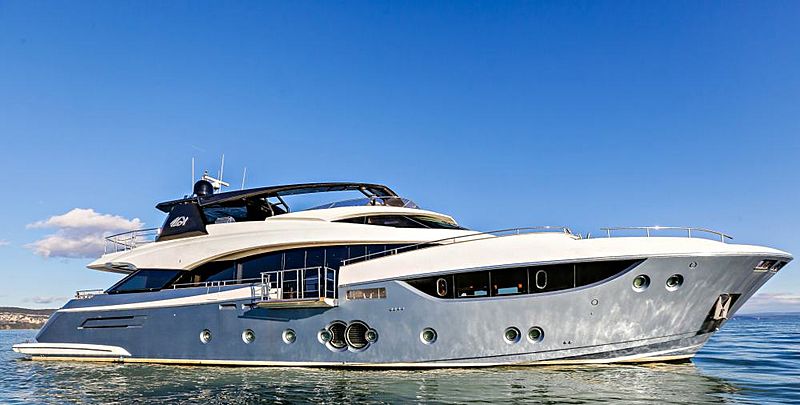 The team of Nuvolari & Lenard designed the MCY 105’s iconic exterior and luxurious guest areas, and paid special attention to creating spacious exterior areas, similar to that of a much larger yacht. Her open Portuguese deck up forward and large sundeck space is unmatched in this class. The large windows in the hull on main deck provide exceptional views fromthe master suite inside, and lights up the entire full-beam cabin to make it feel even larger than what it already is. 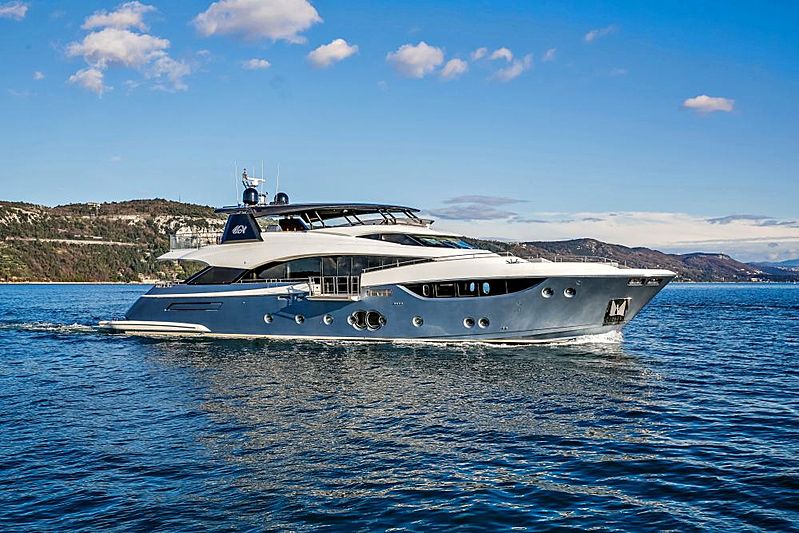 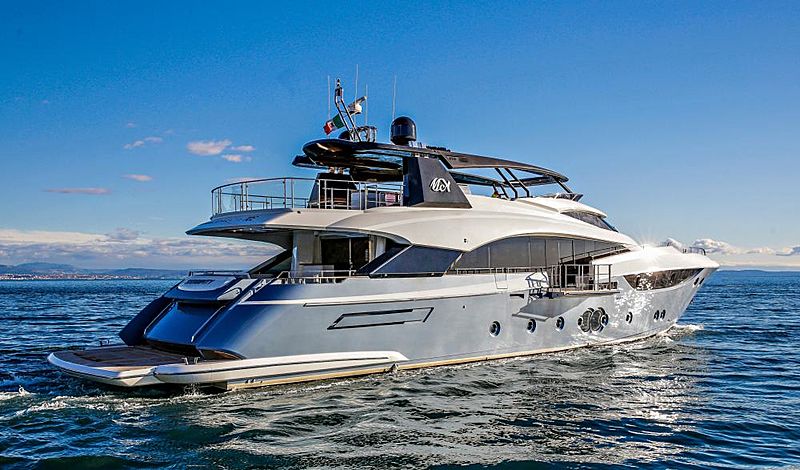 The first six hulls in the MCY 105 line have been sold, with hulls three and four currently under construction and both expected to be delivered later in the year.