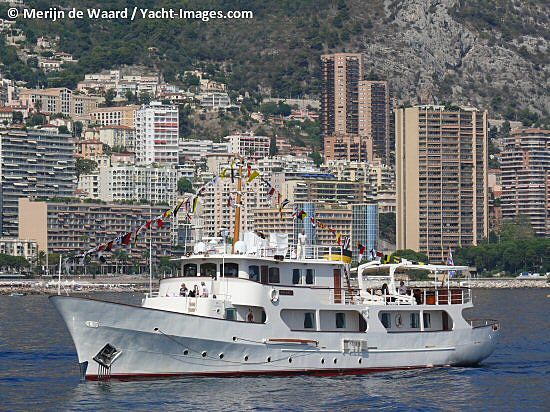 The 36m Montrevel arriving in Monaco during the Monaco Classic Week in September 2007. Montrevel was built by the French shipyard Ateliers et Forges de L’Ouest in 1958 as a Oceanographic vessel. In 2001 she was converted in a yacht by Cantieri Navale Fratelli Orlando to a design of Studio Cervi. During the summer the yacht cruises mostly around Italy and the South of France.