The classic 38 metre superyacht Moon Maiden II has been re-launched at Solent Refit. The launch took place during the near total solar eclipse, the first since 1999. An overcast sky prevented those present at the launch to fully enjoy the eclipse, but the launch was an impressive sight nevertheless. 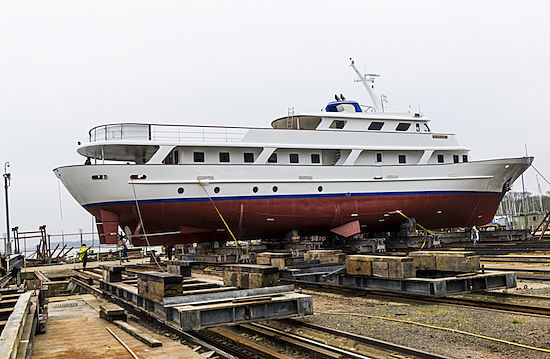 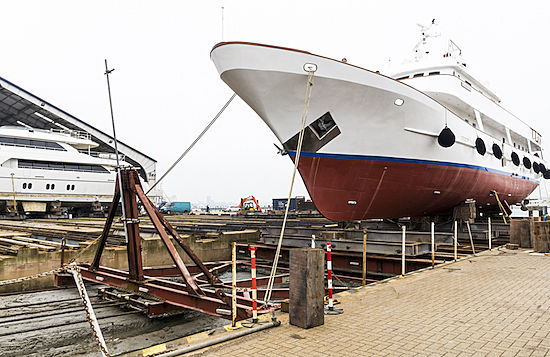 Moon Maiden II was built in 1975, a successful charter yacht and one time movie star when she was featured in The James Bond film ‘The Living Daylights’ in 1987 and was found by her current owner in a run down state. He took the yacht to Solent Refit in Southampton, to undergo an extensive refit. 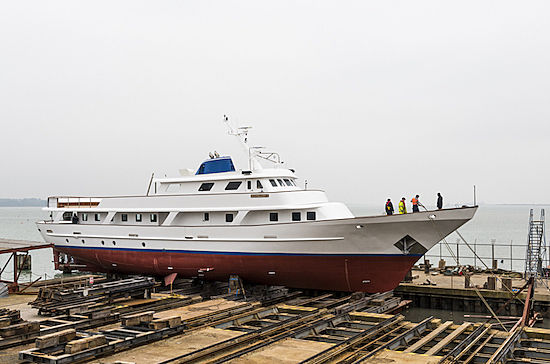 The refit involved an engine room renovation, has new decks and a hull and superstructure paint. 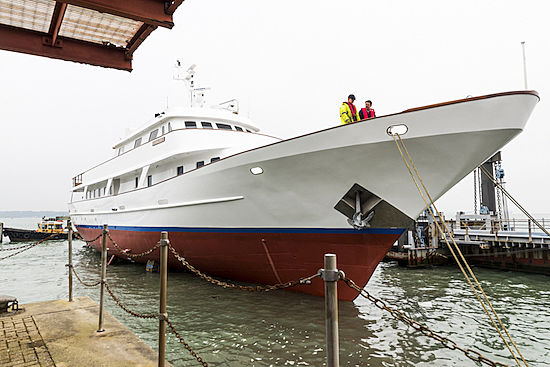 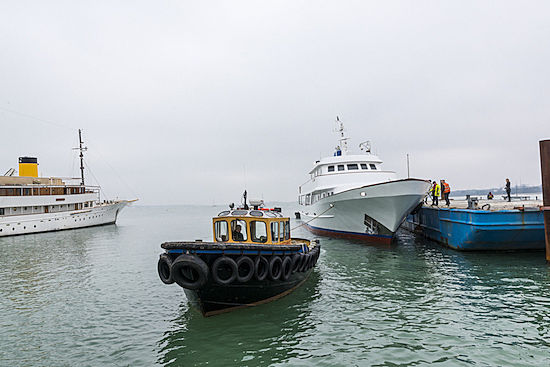 The yacht will soon make her way to the Mediterranean to begin her 2015 season.