OCEAN Independence has announced the in-house sale of the Moonen 100 Explorer. Measuring 30.75 metres with a beam of 7.50 metres and a draft of 2.22 metres, she was built by the Dutch shipyard Moonen in 2013. 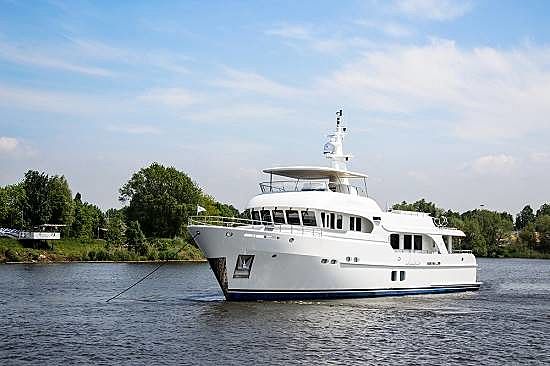 On board she accommodates up to seven guests over a three cabin layout, and within the listing it was noted that there was also the possibility of including an additional two guest cabins forward and two cabins for four crew aft. The long range explorer yacht cruises at 12 knots, with a maximum speed of 13 knots.

Axel Douqué represented the buyer and Peter Hürzeler the seller. At the time of sale she was listed at an asking price of €9,900,000.