Following the announcement in July this year of the suspension of payment from Dutch shipyard Moonen’s main shareholder, which led to a halt to the construction of two ongoing project at the yard, comes news that one project, the 30 metre Matica, has now been restarted. According to the yard, this was made possible by the desire of the owner of the project to see his yacht completed, as well as the support of the shareholder AHMSA on a lower level. The Matica is designed by René van der Velden with an interior by Adam Lay and naval architecture by Diana Yacht Design. 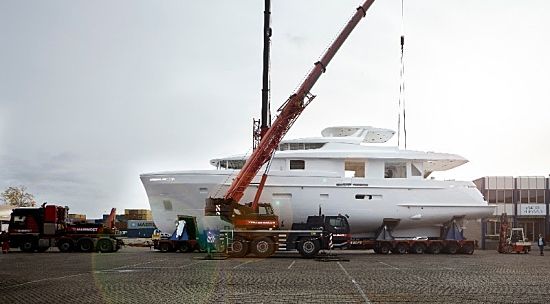 Further support to the yard came with the return of two Moonen 97’s, to the yard for refit and repair services including new exterior paint finishes. “We as very grateful to these three clients for their loyalty and proud that they have retained their trust in the people at this yard,” says Managing Director Emile Bilterijst. “Despite the difficult situation at the yard, we have been able to keep our experienced workforce and the expertise they hold.” 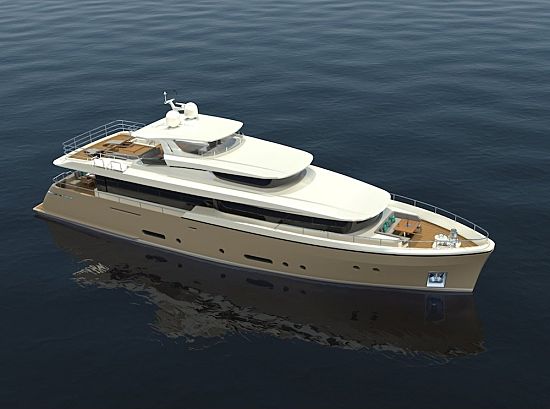 The hull and superstructure of the yacht was recently joined, and with work now going ahead as normal, Matica is expected to be launched in July 2016. The second project that was underway at the time of the operations halt is the 37 metre Martinique, for which Moonen is now in search of a serious buyer. “The hull is around 90 percent fininshed anf the same goes more or less for the superstructure,” says Bilterijst. “A new owner can still have a major influence in the interior and have a new yacht ready by Spring 2017.”