Dutch shipyard Moonen have launched the first yacht in their new semi-custom Caribbean series. The launch of the 30 metre Bijoux was attended by her pleased owners and shipyard staff. The yacht will now undergo sea trials and ultimately be handed over to her owners at the end of June.

Part of the brand’s Caribbean series, she has been designed by René van der Velden with an interior by Adam Lay and naval architecture by Diana Yacht Design. The vessel’s volume comes in just below 200 GT with her hull lines being based upon the successful Moonen 97 platform. 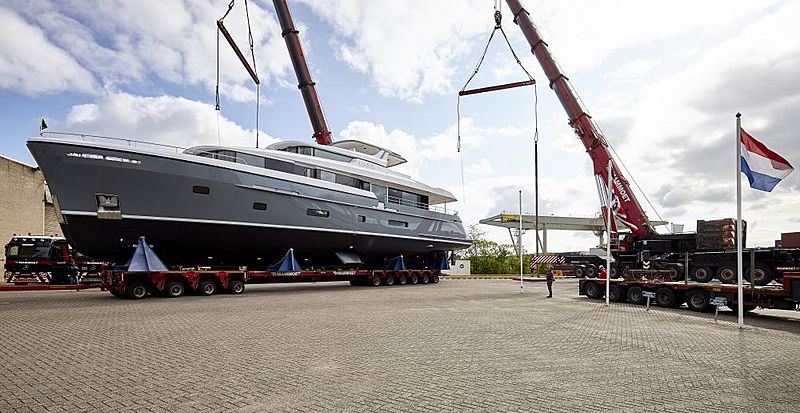 Inside, a wide VIP stateroom is in a prime position forward on the main deck, offering a magnificent panorama. On the lower deck are the full-beam owner’s stateroom and two guest suites, all of which have large portholes and are luxuriously appointed. 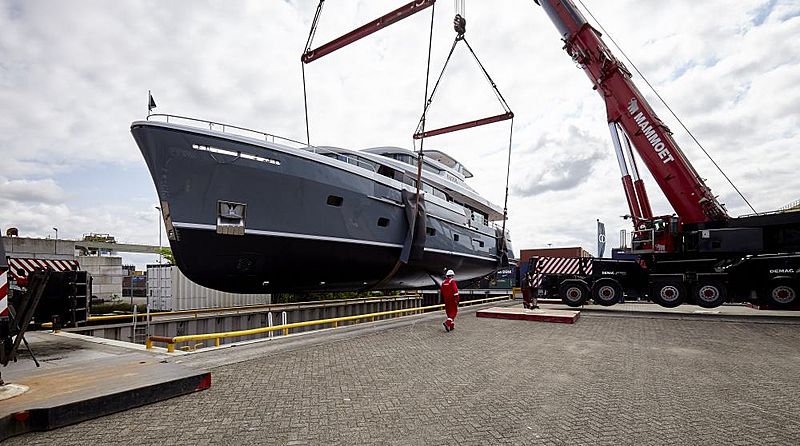 “As launch customers for this model, the owners have had a significant influence on the design and layout of the first Matica,” says project manager Nicky van Zon. “Although they have visited the yard on a number of occasions during the build, they were delighted that the yacht looked even better in the water than they had imagined.” 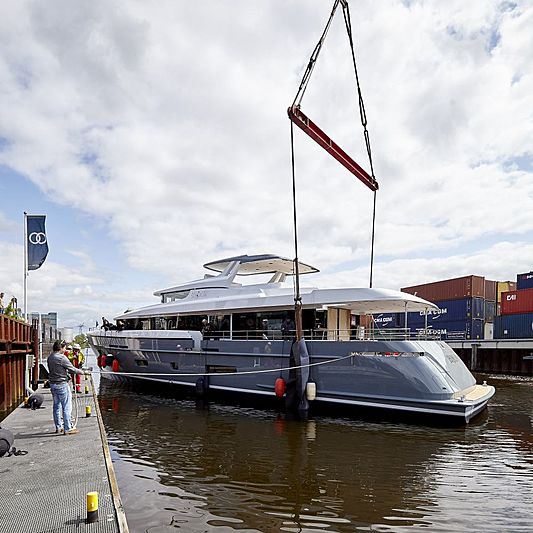 Focus at the yard will now shift their focus on completing the 37 metre Martinique that is under construction at their facility; a model that remains available for interested clients in search of a semi-custom project with a reduced build time.