Moonen Shipyards has launched superyacht Crystal, after a unique 16-month project to finish this 120 ft yacht designed by Bill Dixon. Construction was started by Royal Denship before it went bankrupt. Around a quarter of the semi- displacement motoryacht had been built when the Danish yard went into administration in June 2009. 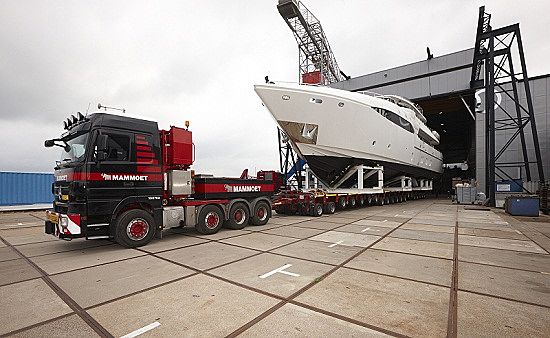 The owner of the uncompleted vessel contacted Moonen in response to the yard’s growing reputation in the refit market as well as its fine track record of building new superyachts. “Due to the status of the project at the time it was abandoned, the completion of the yacht is a delicate balance between a new build and a refit,” explains Moonen’s director of operations Mark Vermeulen. 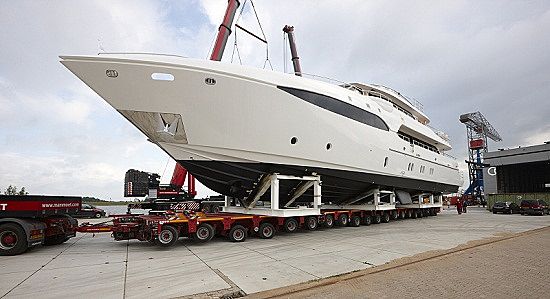 “Various parts of the build were at different stages, as is the case with a refit. We had to pick up both the physical construction work and fill significant gaps in the engineering packages. This required a full range of expertise and was just the sort of challenge that everyone at Moonen relishes.” 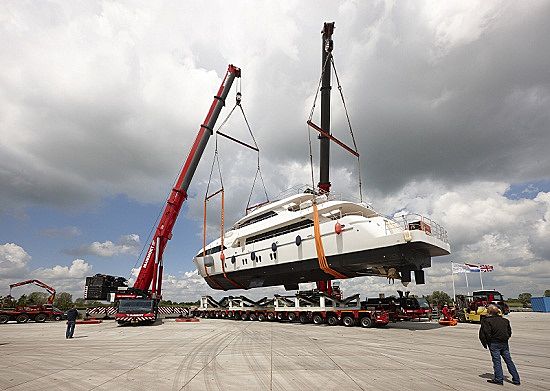 One of the major issues for Moonen with this ambitious undertaking was that the yard had never previously built a yacht in GRP (Glass Reinforced Plastic). All the GRP parts of the vessel were available except the main deck, with the hull and bridge deck being almost completely assembled. Exceptional for a vessel of such a large size, the yacht is made of vinyl ester sandwich panels, ranging from 15 mm to 80 mm panels for the hull. 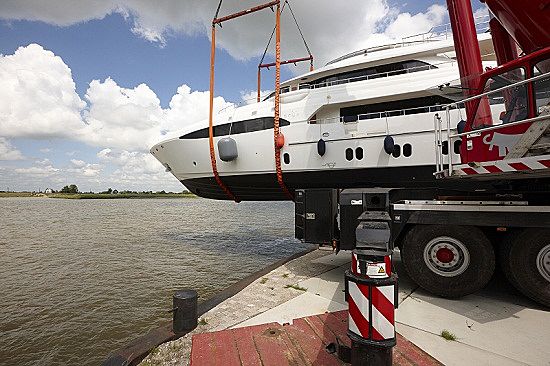 To keep things on track required a different approach than the vessel’s designers had originally envisaged. Instead of following a modular construction technique, Moonen decided to work in its traditional custom way, making optimal use of the yacht’s spaces. The project also gave the yard’s craftsmen and engineers various opportunities to try out new production methods that will now benefit future projects. For example, as the normal way of routing pipes and cables was unreliable, coloured paint tracks were used instead. A new way of gluing parts together was also used, which is now going to be deployed in other refit projects. 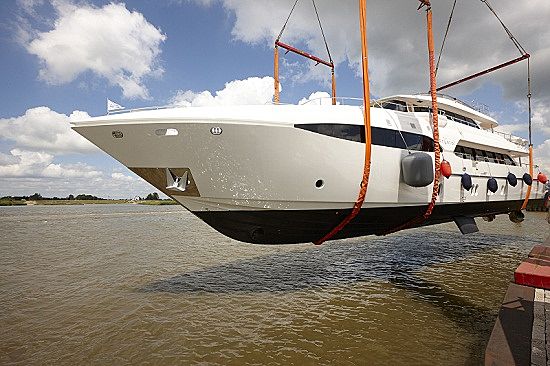 Moonen built the stern section of the hull while simultaneously completing the technical installation. With the vinyl ester ready and the carpentry work on schedule, the engineers are still very busy with the outfitting of the technical spaces, as are the painting team from comaker De Leeuw Yacht Services. Moonen also partnered with external parties such as composite experts Green Marine and Alewijnse for the electrical installation.