In July 2019 it was announced that Dutch yard Moonen had been declared officially bankrupt. However, there was a glimmer of hope when it was revealed that there were ‘serious and continuing’ negotiations underway with a potential investor. In August 2019, Moonen revealed that it was under new ownership – Australian investors Louise and Matthew Baxter – and that it was back to business as usual. SYT met with the Baxters to discuss their plans for Moonen. 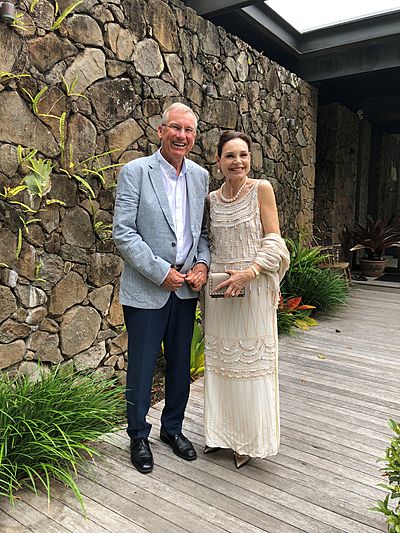 Matthew and Louise Baxter are no strangers to the world of yachting. “I started sailing when I was eight, I’m now 75 – that’s a long time,” says Matthew. Beginning with smaller yachts, and enjoying the thrill of racing, in 1972 he bought a Sparkman Stephens design called Barbarian, which he and Louise still own today. “Then 20 years ago I bought a Swan 60 from Nautor’s Swan and brought it to Australia,” says Matthew. “We sailed all over the Pacific in that boat, I circumnavigated New Zealand, I’ve made the journey to Noumea with Louise five times… we’ve certainly been to lots of places.”

Another yacht was on the cards and it was in the Baxters’ home country of Australia that they first encountered Moonen, when they spotted 25.7m Aurora in Pittswater harbour, north of Sydney. “We were curious because she stood out,” remembers Louise. “We got a bit closer, hoping to find out what she was, and we saw the name Moonen on the side of the boat and we thought that she’s gorgeous, wow, we had better go and find out a bit more about this brand.” 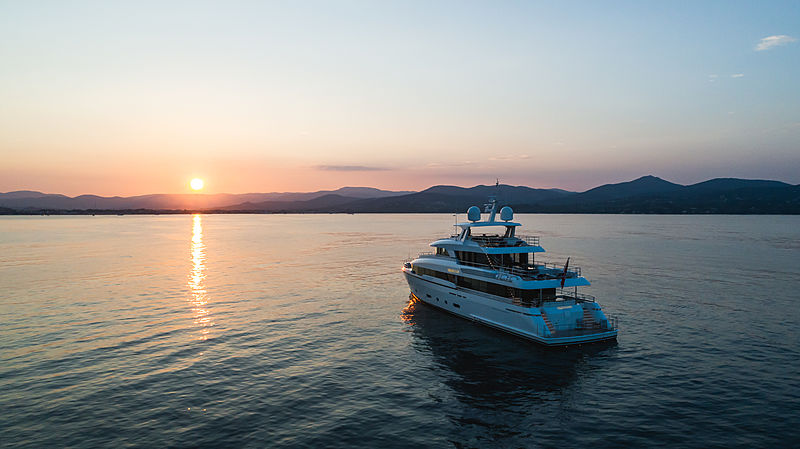 Photo: MoonenIt was love at first sight. “We became quite obsessed with the brand, did a lot of research and tried to find one second hand but there were very few around,” continues Louise. “There was a Moonen 97 we felt was just about perfect for us, but it had just sold a few days prior to an owner who had bought it sight unseen.” Battling disappointment, the couple’s opinion of the brand only rose. “You will find that with almost every Moonen owner, they are absolutely passionate about these boats, it’s almost like a cult following,” says Matthew. “That’s probably why you don’t see many on the market, as once they go out on the market they get snapped up reasonably quickly, and they hold their price, which says a lot for the brand,” adds Louise.

The more they learned about Moonen, the more the Baxters were impressed. “The brand is impeccable, no question, and the team is very talented,” says Matthew. “They’re passionate about what they are actually building, and it’s hard in this day and age to get that passion.” The couple looked into a Moonen new build, visiting the yard and entering in-depth discussions about a potential new project. Wanting to be sure that they were making the right decision on such a big purchase, they also looked into other brands. “We went full circle, we looked at all other sorts of boats because when you want to make sure you are heading in the right direction you compare other models, and it’s a constant learning and evaluating process, working out precisely want you want,” says Louise. After extensive research and decision making, the path lead them back to Moonen. 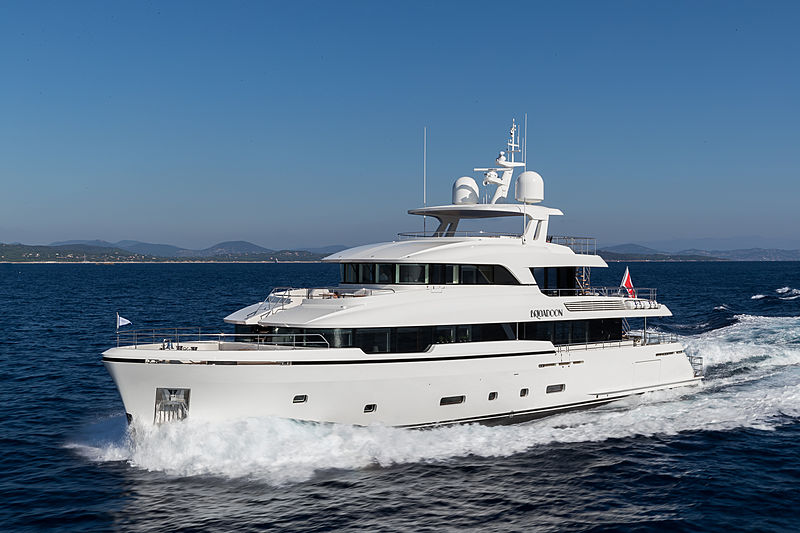 Photo: Moonen YachtsA turning point came when the couple were visiting the South of France. “We were in a tiny hotel in the middle of nowhere and I said to Louise, “darling, what would you say if I gave Moonen a call, I’m thinking of buying it,’” remembers Matthew. Thankfully, Louise was in full agreement with the idea. “I said, ‘that’s perfect, I can’t believe you have come up with that idea, but I think it’s perfect for you, it’s you all over’,” she says. Wasting no time, as they waited for dinner they called Moonen CEO Johan Dubbelman to indicate their interest.

“I asked Johan if they were looking for an investor, and he said they were,” says Matthew. “I said, ‘Okay, what sort of an investor, what percentage’ and he said, ‘100%’ which was good as that’s all we would have been interested in.” The Baxters requested Moonen’s five-year financials, which the then owner – Altos Hornos de Mexico (AHMSA) – agreed to. “It became apparent to me in three minutes that Moonen was in financial distress,” says Matthew. The couple began negotiations with AHMSA, via Dubbelman, and were set to have a meeting in Palma to continue discussions in person. “As we were about to fly to Palma, we had a call telling us that the chairman of AHMSA had been arrested as he landed in Palma.” It was an unexpected turn of events. “The timing was extraordinary, we had waited so long for this meeting to be set up and no sooner had our arrangements been made we had this news, so it was like an implosion,” says Louise. 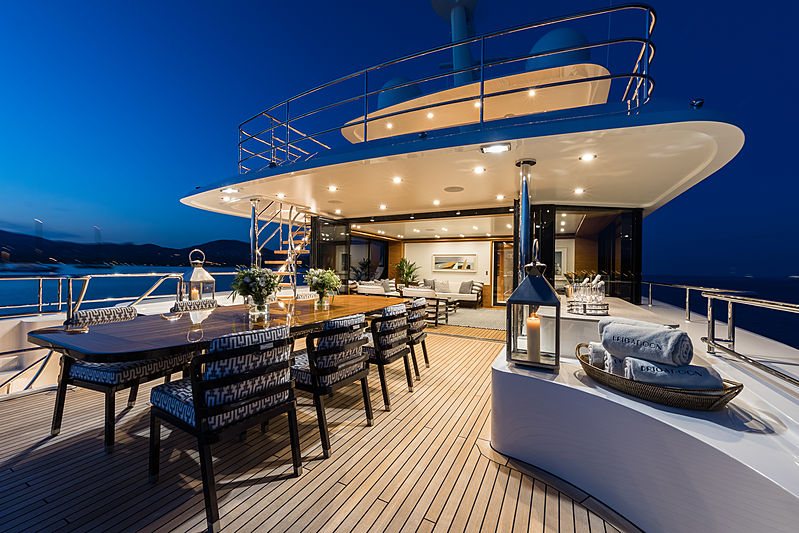 Rather than being turned off, the Baxters recognised the potential that the situation presented and went ahead with their purchase. “My role in life is to take underperforming assets and companies and turn them around, that is what I do for a living,” says Matthew. “It was obvious that there was a real opportunity here.”

“This was a company that was worth saving, it wasn’t so much about a money-making exercise – this was a real passion for us,” says Louise. “This brand had to survive, it was a pedigree Dutch yard, it couldn’t go under. It would have been a crying shame; we felt we had the wherewithal and the knowledge and ability to help this company.”

That said, the Baxters have not let their love of the brand run away with their heads. “I don’t get emotional about business but it just so happened that this was an opportunity that fitted the passion as well,” says Matthew.  As the yard rebuilds its strength, ramping up production, the team will focus on Moonen’s market position. “The objective is to plant the capital back in the business to grow the business. Right now it’s about marketing the boats well, but not overloading the business,” says Matthew. “In this situation, you need to only take on what you are good at until you get the company and brand healthy and settled, then look to what you want to change, slowly.” 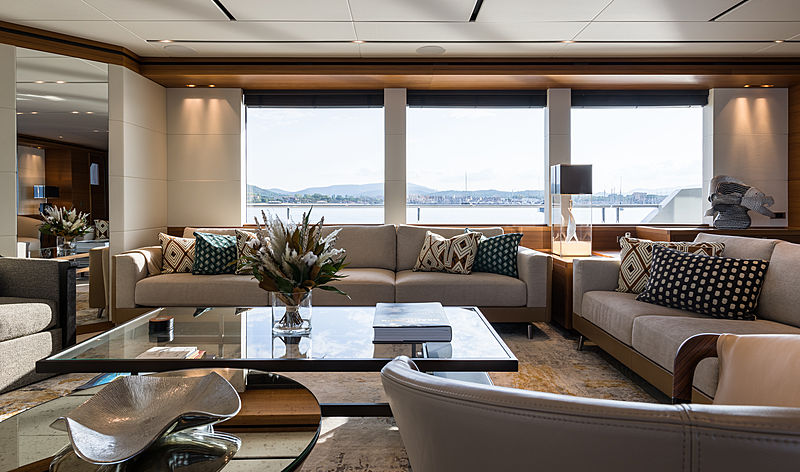 Photo: Breed MediaThe Baxters plan to largely let the Moonen team keep doing their thing. “We don’t need to tell them how to build beautiful boats,” says Matthew. “Now they have been relieved of the financial pressure, we want them to concentrate on them doing what they do well.” The brand will remain focused on the 30-50 metre window – “we don’t want to be all things to all people,” says Louise –  and will largely build on spec to keep costs for each project manageable. “It’s the only way in this day and age of instant gratification, and also with the costs that come from involving multiple people in a project… they just blow up,” adds Matthew. Customisation options will still be available, but the goal is to have boats more or less ready for purchase so that once the personal elements are added the customer can be enjoying their boat in a short space of time.

The couple see Moonen’s biggest competition as other Dutch yards, but believe they have the edge in the ‘pocket-sized’ market. “This size bracket is a niche that really is not heavily contested by Dutch yards because we are sitting right between bigger superyachts and the smaller drive-yourself boats, so we hope to become very recognised for being the ‘ultimate’ in that pocket-size,” says Louise. Focus will also be placed on communicating the pedigree of Dutch-built yachts. 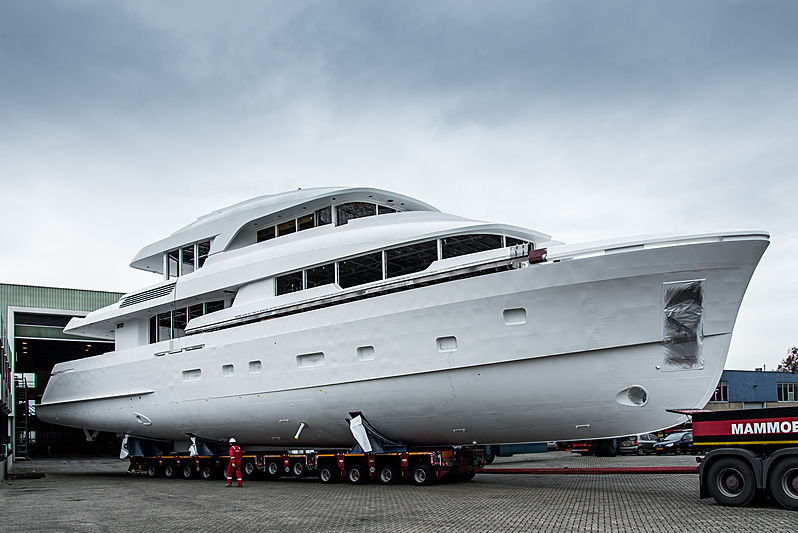 Photo: Moonen YachtsMoving forwards, the boats being built by Moonen will retain an element of traditional class. “The new designs from Moonen are exceptional, but you need an element of conservatism because there are a lot of people out there, like me, that finally made some money that are conservative and suddenly can afford a yacht, but they don’t want to buy something that looks like it came from the moon,” says Matthew. That is not to say the future isn’t being embraced and the yard will also be exploring biofuels and diesel-electric options, with a strong awareness around the need for stewardship of our oceans. 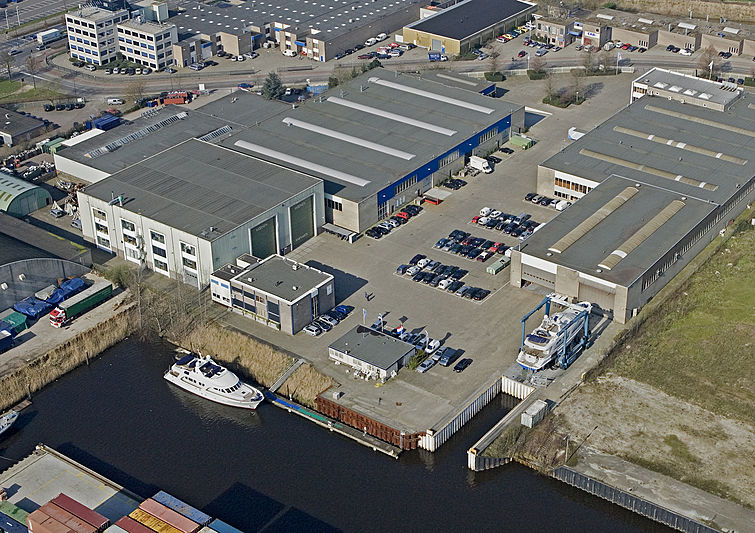 Photo: Moonen ShipyardsAs a way of showcasing the Moonen quality, the Baxters aim to have a showboat Moonen in the Med. “It is good to have a yacht available for potential clients who want to experience a Moonen first hand before committing to the decision,” says Matthew. Engaging clients with the brand and getting them just as excited about a Moonen as the Baxters were when they saw their first Moonen, is a key strategy.

Level heads paired with a strong connection with the brand and a desire to guide the brand to deliver what its fans desire, means that Moonen feels in exceptionally good hands. “People have been very excited for us, and we’ve continually found that there is an infectious enthusiasm around the Moonen brand,” says Louise. As for the future, the couple are committed long term to the yard. “There is no exit plan,” says Matthew. “We’re in it for the long haul.”

This article was first featured in the latest edition of The SuperYacht Times newspaper. Subscribe now to receive your copy straight to your door and never miss another issue.

Construction of Moonen's 36m Martinique YN199 on track for 2020 delivery

Moonen Shipyards declared bankrupt and in negotiations with new investor