Moonen Shipyards, leading builder of fine “pocket-size superyachts,” is pleased to announce that its semi-displacement “94 Alu” Nilo has won a prestigious 2007 World Yachts Trophy. Announced at the Cannes Boat Show on 15 September, Nilo was given the “Trophée de L'innovation” for Custom Yachts less than 40 metres length overall. 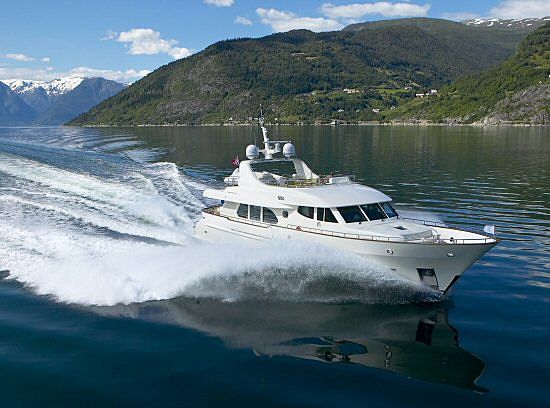 According to Yachts International’s awards jury, Nilo was selected in particular for Moonen’s installation of Norwegian-built Servogear Controllable Pitch Propellers and custom rudders. Together with the hull design, which includes high-efficiency tunnels, this greatly improves speed, economy, and maneuverability.

The “94 Alu” design was inspired by the immense popularity of the Moonen 84, a Displacement Series yacht of which eight have been sold in just five years. The Moonen 84’s attractive four-cabin layout was retained in the new semi-displacement design, with the added length used to expand the accommodations and lazarette and lengthen the machinery space to allow for more powerful Caterpillar engines. 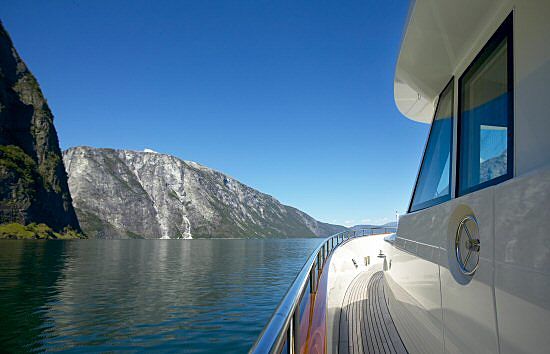 Nilo, constructed entirely in the lightweight alloy Sealium, was designed by René van der Velden on a platform of Stolk Marimecs naval architecture. She has a contemporary custom interior by Art-Line. Nilo is the first yacht launched in Moonen’s new Fast Yacht Series of yachts that range up to 105 feet. She was custom-built for a client with long experience in cruising aboard full planing yachts. He came to Moonen specifically to replace his current planing cruiser with one that would assure him greater comfort at all speeds, so he could extend his cruising range around and beyond the Mediterranean.