Moonen Shipyards, a leading builder of "pocket-size superyachts", has reached a significant phase in construction of the first yacht in its new 99 Alu semi-displacement series. At the beginning of October the superstructure was placed atop the hull of the new yacht, ready for welders to begin joining the parts.

The Moonen 99 Alu, to be named Phoebe, was shaped by René van der Velden Design on a tank-tested round-bilge hull of Stolk Marimecs naval architecture. She has a low profile with emphasis on horizontal lines, suitable to a fast yacht. 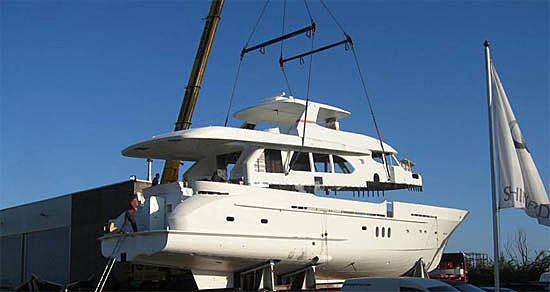 Phoebe is being built for clients who admired the first semi-displacement yacht in our new Fast Range Series, the 94 Alu Nilo, launched in spring 2007. In these semi-displacement yachts Moonen blends reliability, luxury, silence, and speed into one exquisite form. But these clients wanted the hull extended to particularly allow for expanded crew quarters.

Like Nilo, Phoebe will be driven by controllable-pitch propellers running in high-efficiency tunnels for a top speed of 25 knots. To assure that speed, by keeping weight down, Phoebe, as are all of Moonen's "Alu" yachts, is constructed of Sealium, a corrosion-resistant alloy developed for the aerospace industry. To further save weight, Phoebe's antenna mast is fabricated in advanced composites.

Rhoades Young has created the interior styling and layout for the client, featuring walnut joinery. 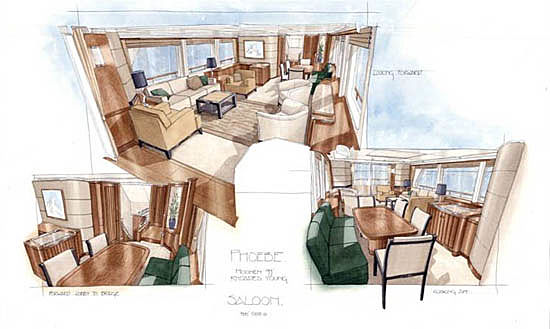