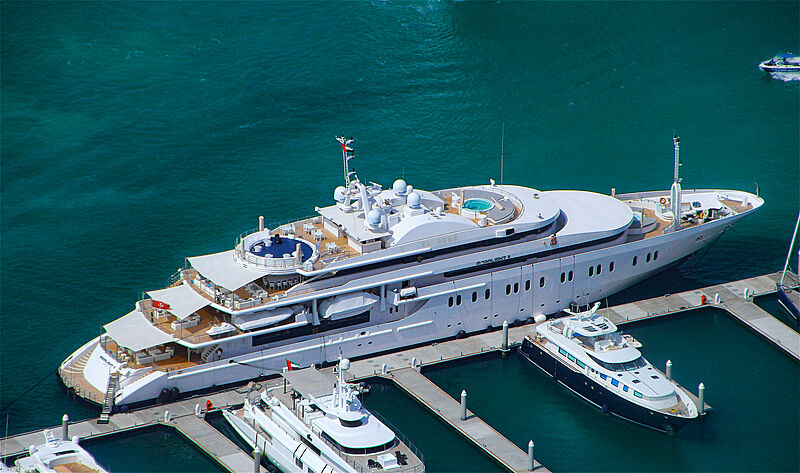 Photo: Merijn de Waard / SuperYacht TimesCurrently in Dubai with the UFC fighter Conor McGregor on board is the 91.4-metre yacht Moonlight II. Built by Neorion in Greece as Alysia and completed in September 2005, she was part of the fleet of well-known yacht owner Andreas Liveras. He had built her together with her sistership Annaliese for the charter market. Her current Middle Eastern owner, who bought the yacht In 2010, has kept the yacht active on the charter market. To update her original design by Lally Poulias and Alpha Marine, Moonlight II was completely refitted and lengthened from 85.3-metres to her current length of 91.4-metres.