Moran Yacht & Ship has announced it will be acting as the exclusive worldwide charter broker for a magnificent 308-foot superyacht, Kismet II, built by Lürssen Yachts of Bremen, Germany. The spectacular superyacht, whose build is currently being overseen by Moran Yacht & Ship, is the successor to the 223-foot Kismet, which was completed in 2007 in a build also overseen by the brokerage house. 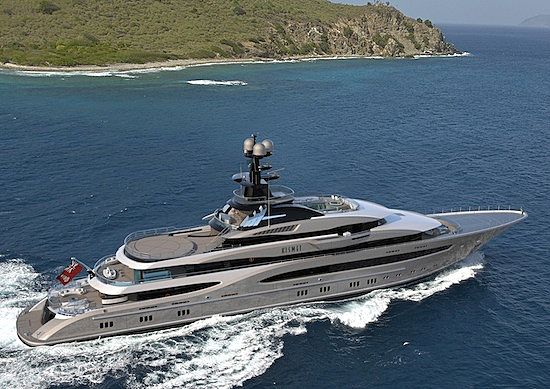 Her launch in September 2014 will mark the culmination of another remarkable collaboration between Espen Oeino, the multiple-award-winning Norwegian designer, and the renowned German shipyard. Kismet II also boasts a Reymond Langton-designed interior which will undoubtedly become one of the most admired and talked about of any yacht built to date.We thoroughly believe she will become the most sought after charter yacht in the world due to having features such as a unique winter garden deck, a relaxing full service spa and an enormous swimming pool including a one of a kind retractable outdoor fireplace.

One off features aside, there is room for an ample number of people to stay, as well as accommodating a sizeable crew while whisking occupants across the ocean at a brisk 17 knots.