Following recent criticism of the credibility of the event, the Genoa International Boat Show has announced yet more changes to this years show in a bid to present a renewed and more dynamic edition. As a result of their notable efforts to respond to the industries concerns, they have reported an increase in membership compared to previous years. 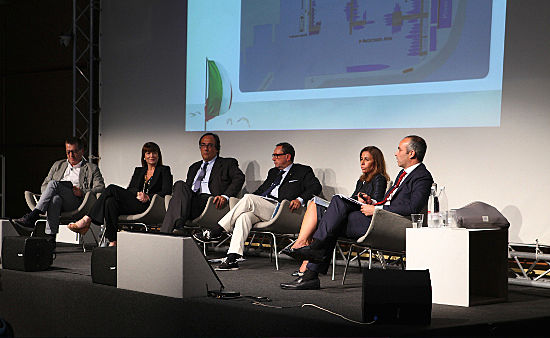 Amongst the changes, the show will last one day longer than usual. Representatives have promised an easier and more engaging experience, with two primary goals of strong internationalisation and promotion of all-Italian excellence.

The most obvious change in 2014, however, is the new layout, an operation that began last year with the "red wall", which accompanied visitors upon entering the grounds. Anton Francesco Albertoni, president of Salone Nautico, comments, "The format we experimented with in 2013 was fully appreciated by the industry, and this year's more mature version fully meets the needs of exhibitors and the public alike.”

He continues, “We have made it easier and more pleasant to move between the stands and along the quays, so as to provide an intense emotional experience, one that the Genoa International Boat Show continues to inspire in hundreds of thousands of enthusiastic visitors. The 54th Genoa Boat Show further consolidates the rapprochement between producer and consumer in an industry charged with passion on both sides, and continues to be unique in Europe for its variety, richness and completeness. I would like to thank Alessandro Campagna, who, in his role as Boat Show Manager, has once again made all this possible."

The 2014 edition is the first step of a three-year plan for the reorganisation and revitalisation of the most important nautical event in Italy. Despite the difficult economic situation that is reportedly hitting the nautical industry hard, the sailing sector of the show has registered a 22% increase in the number of boats displayed. The number of exhibitors of sailing accessories has grown by 50%.