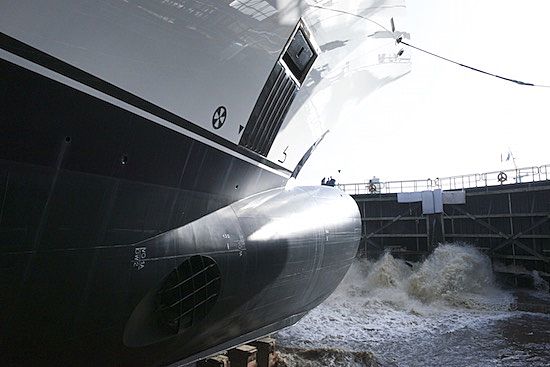 SYT spoke to Richard Hein of Vega Yachts and The A Group, who commented: “V853 is the first VegaYachts with a design and naval architecture by The A group. The contract for this construction was signed at the end of 2011 with Kusch Yachts with a keel laying in February 2012. Since then, we have worked closely with the shipyard, the interior designer (Studio Massari) and the owner’s team to ensure the vessel is built to the highest North-European German quality and meets the owner’s expectations. This launching is an important step in the construction process and we are now all concentrating our efforts in the finalization of the interior outfitting.” 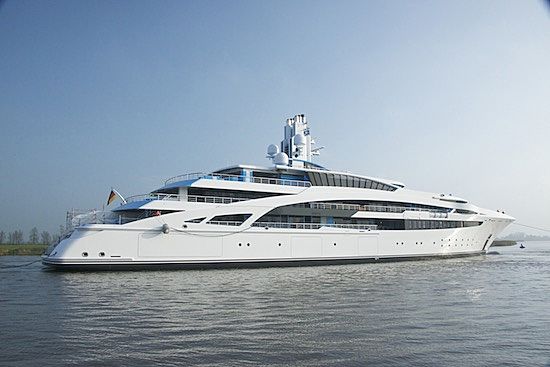 Other details revealed by Vega Yachts tell us that project V853 has a beam of 16 metres, gross tonnage of approximately 4300, 11 cabins for 22 guests and a crew of 30 with additional space for 6 staff members. 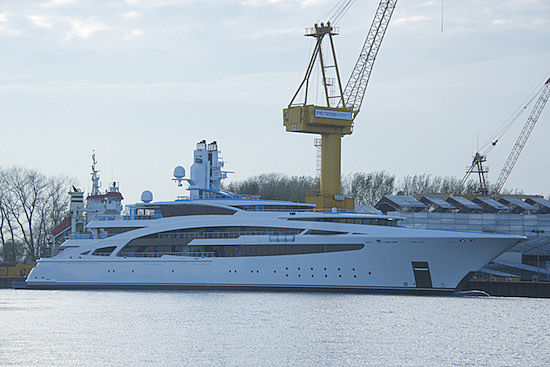 The superyacht is powered by twin 2,430 kW Rolls-Royce Bergen Auxiliary engines and three 740kW Caterpillar generators, which are connected to twin Rolls Royce AZP 100 FP azimuthing pulling propellers. Project V853 can reach a top speed of 17 knots, cruises at 14 knots and has a range more than 6,000 nautical miles.