Yesterday we announced that the immense 125 metre six deck superyacht Maryah had arrived in Porto Montenegro following her departure from Greece three days ago. Here we have more exclusive photographs of the new vessel as she made her way through the grey and overcast weather in Greece. 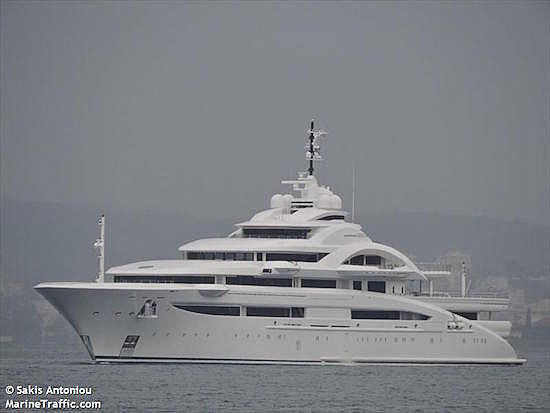 Completed by the Elefsis Shipyard in western Greece last year, she has enjoyed three name changes, including Dalmorgeologiya, Fortune and Czar. The frequency of her name changes comes from the fact that, interestingly, she actually started life in 1991 when she was launched by the Polish shipyard Szczecinska as a Russian research vessel. 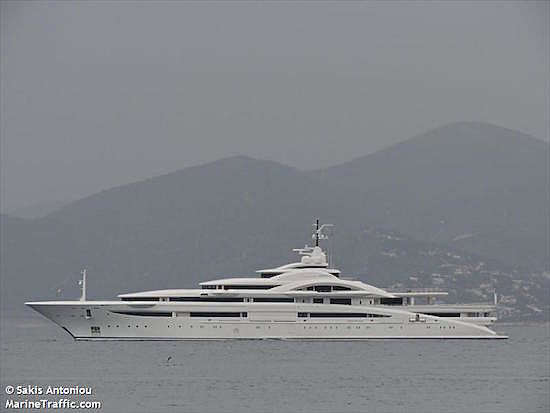 She was completely rebuilt over a period of five years in Greece. In fact, only a 60 metre section of her hull remained original, the rest is all brand new. 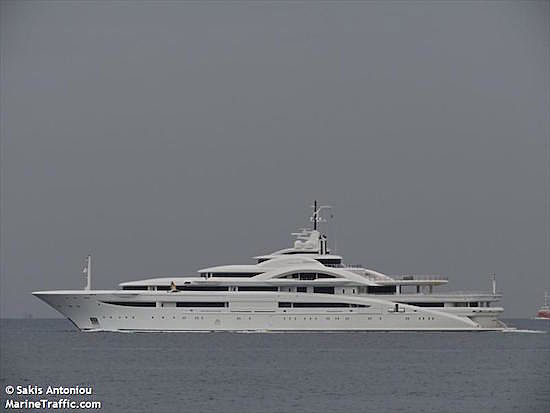 Her naval architecture comes from the drawing boards of the Italian studio Naos S.r.l, whilst her interior and exterior design is by the British studio H2 Yacht Design. She has a steel hull and a mixed steel and aluminium superstructure. 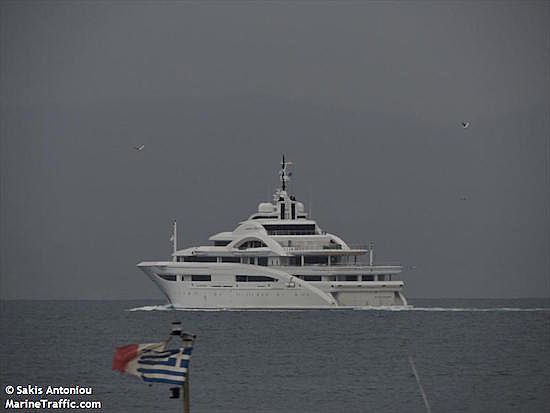 The shipyard and the owners are yet to release official specifications for the motor yacht, though it is believed she accommodates 54 passengers on board in total. Powered by five diesel-electric Caterpillar engines at 2,146hp each, she has a maximum speed of 18 knots and a cruising speed of 15.2 knots. 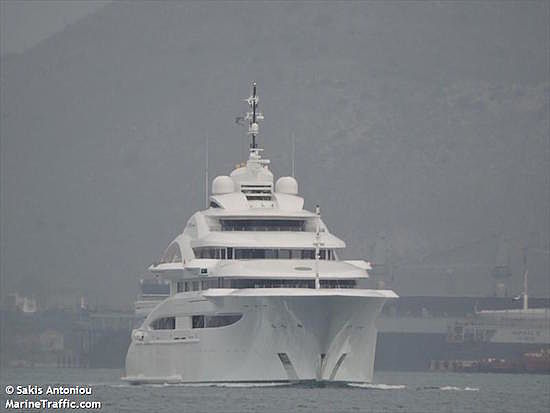 Since completion, Maryah has been named as the 15th largest superyacht in the world.