In the wake of the destruction across the islands of Vanuatu after category five Tropical Cyclone Pam made landfall two weeks ago, owners of the Queensland, Australia Rivergate Marina have extensively travelled the area to support the relief effort. 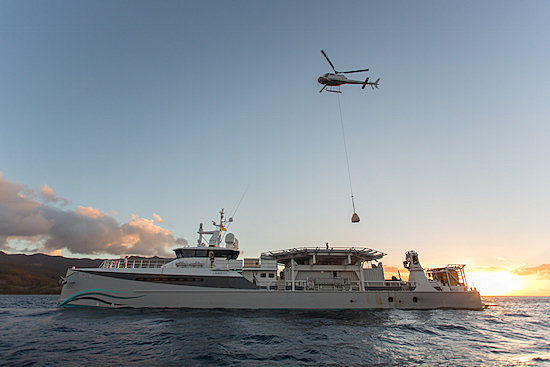 Hitting landfall on March 13th, Tropical Cyclone Pam is considered one of the worst natural disasters ever experienced by the people of Vanuatu; leaving an aftermath of overwhelming devastation. The latest reports indicate that over 65,000 people are now homeless and over 110,000 are left without safe drinking water. Rivergate Marina report that Vanuatu is now in desperate need for immediate, and ongoing, international aid and support. 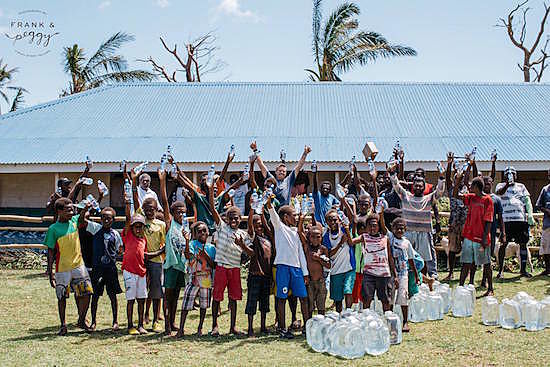 Working in conjunction with YachtAid Global, the donations made by the marina have already had a substantial impact, delivering 2,300 ten litre water containers in addition to boxes of 500ml water bottles; empty pallets; 20 cargo bags for use with heli-ops; and other equipment including clothes and jet fuel for assisting helicopters. Rivergate Marina and Shipyard’s General Manager, Andrew Cannon said, “We’re doing what we can to help the people of Vanuatu who were all affected by this catastrophic and heartbreaking event and we’re calling on others to do what they can.” 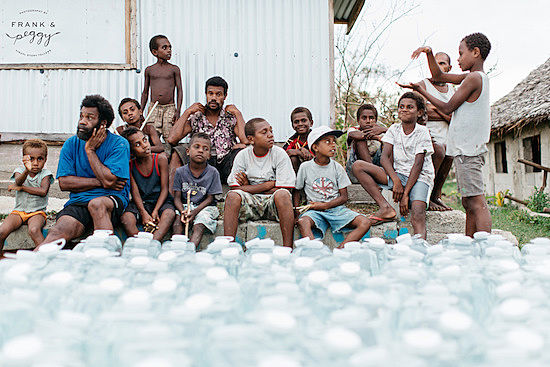 It was organised for chase-boat Umbra, with helicopter support, to deliver the cargo into Port Vila on Thursday last week. Umbra was undergoing works in Auckland, New Zealand when the cyclone hit; changing course to immediate route to Port Vila where Rivergate’s emergency supplies were distributed to those in need, reaching islands where there has been no prior contact or aid provided.

“I’m really proud of the Rivergate team and what Yacht Aid Global has achieved”, Cannon continues, “It’s impressive to see what the Superyacht industry is capable of in times like this”. But, Rivergate importantly note that the need for assistance in Vanuatu is far from over, with many suggesting the relief effort will need to be ongoing for months to come to help the community get back on its feet.