Lusben have completed the refit of the 46.6-metre explorer motor yacht, Audace, originally launched from the Ancona shipyard, Cantiere delle Marche in 2019. The vessel underwent an extensive overhaul by the Lusben team, who notably extended her overall length from the original 42.2-metres, with a 2.4-metre extension at her stern, and a 2.2-metre extension at her bow. 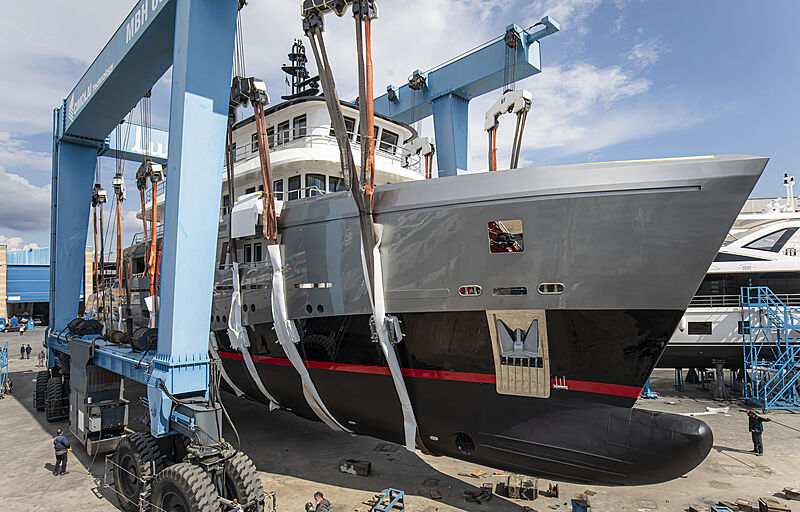 The motor yacht, originally commissioned by the late Andrea Merloni of Fineldo and Indesit, was due to undergo the refit prior to her owner's death. After the incident, Merloni’s family moved to go forward with the intended modifications out of respect for her owner. Her previous owner was a major contributor to the works, collaborating with Andrea Pezzini, CEO of Floating Life and the naval architect Mauro Sculli. The work has entirely amended the interior spaces of the motor yacht, which now has an increased top speed of 17 knots, from the original 15,8 knots, offered by new generators. Her consumption has also been reduced by 20%. In addition to the structural changes, her interiors have been refurbished, two lifts have been added and an emergency staircase from the owners suite has been installed. She now features darker interior styling and a profusion of teak has been added. 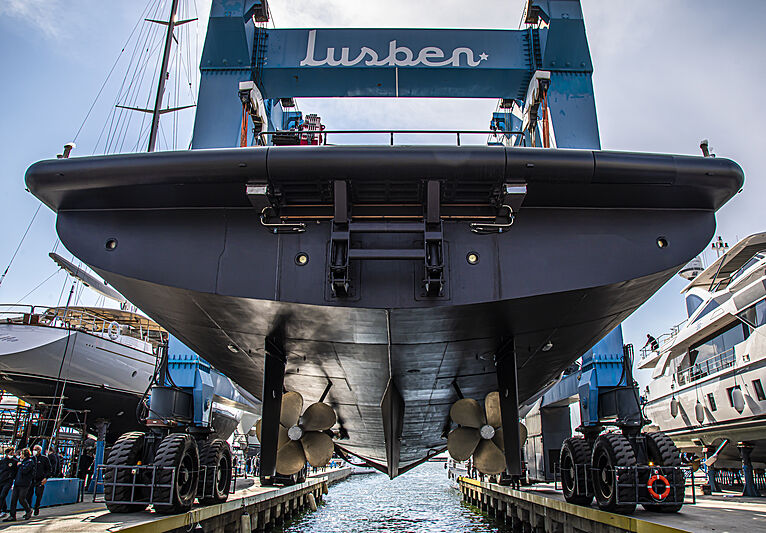 Her external living areas were designed by her late owner, and Audace can accommodate large parties on her deck, these details have remained unchanged. All of the works completed have been overlooked by the Floating Life and Satura Studios to ensure that they align with Merloni’s wishes. 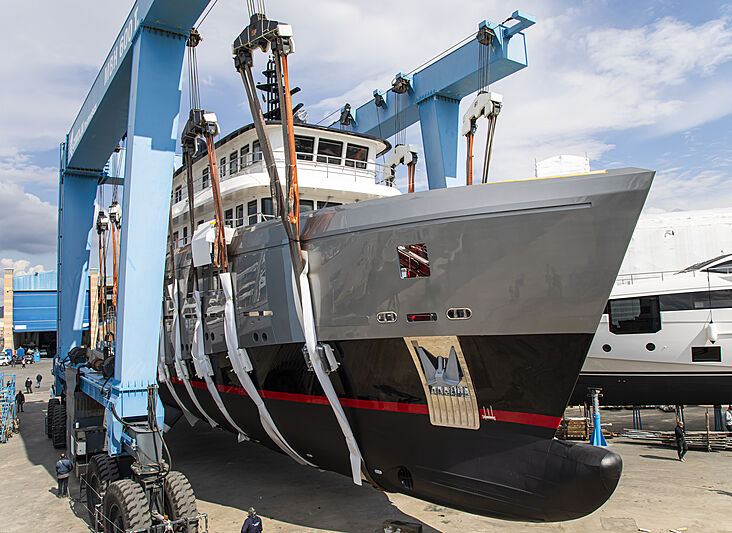 During her relaunch, all of the workers at the Lusben shipyard took part in a ceremony for Andrea Merloni, with yachts throughout the shipyard sounding their horns in respect. In early May, the yacht will sail directly to the Balearic Islands, Spain.

Prior to her overhaul, the motor yacht featured a curved bow. She also had a higher transom, without the swim platform that she now features. 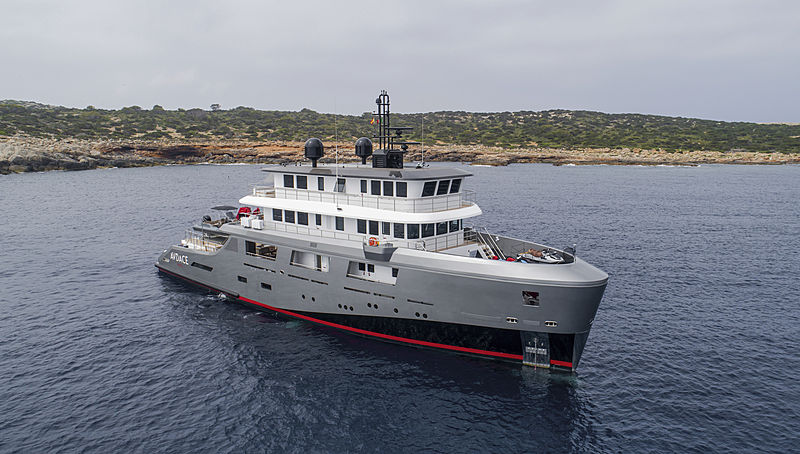