The Cantiere delle Marche explorer motor yacht Darwin 115 has been successfully launched. The Darwin 115 is the largest of the Darwin class and has been built as a true explorer, constructed from robust steel with a high bow and advanced technology for extensive ocean exploration. 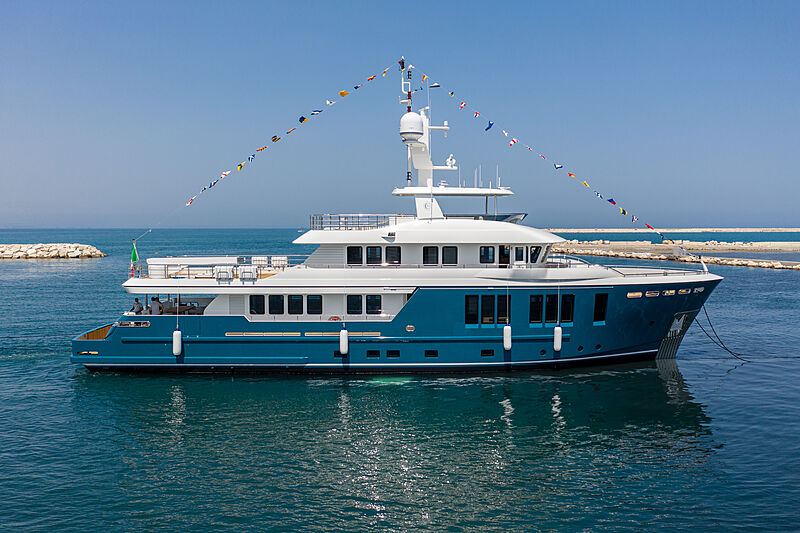 Her explorer lines and naval architecture has been penned by Hydro Tec, while her interior comes from the boards of Nauta Design, with her owner having been very involved with the laid-back design. Starting her life as a 34-metre yacht, her experienced and passionate owner decided to elongate and enclose the swim platform, extending her length to 35.05-metres. It is the owner’s plan to explore the ocean aboard his yacht, which is why he chose a Darwin yacht with a high bow which is particularly stable in high seas. 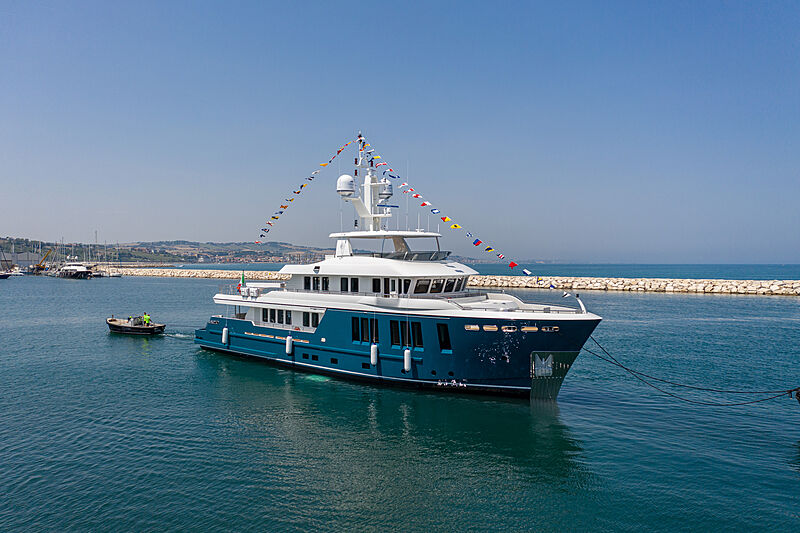 The Darwin 115 is the first time Nauta designers Mario Pedol and Massimo Gino worked on the Darwin class. They have used an array of warm materials such as brushed oak, to create a relaxed and homely atmosphere onboard. The yacht features four staterooms, including a main deck master suite, a full-beam VIP suite on the lower deck, alongside two large twin staterooms with pullman beds.

“We are very glad that this experienced Owner decided to entrust us to build his Darwin and proud for the confidence he has placed in our team,” says Vasco Buonpensiere, co-founder and sales and Marketing Director at CdM.