The 29.24-metre motor yacht Gayle Force, is for sale. Launched in 2003, the yacht for sale was built by Bloemsma & van Breemen in the Netherlands, and features exterior design from the boards of Vripack, while her interior was penned by Jonathan Quinn Barnett. 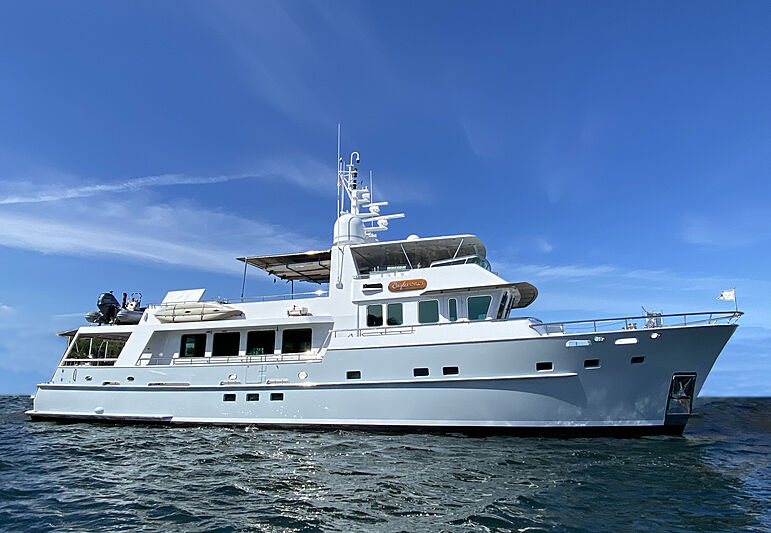 The motor yacht for sale can accommodate as many as eight guests between three staterooms, including a generous full-beam master suite with lounge area and considerable storage space. Her en suite bathrooms are complete with red and pink marble tops and floors. 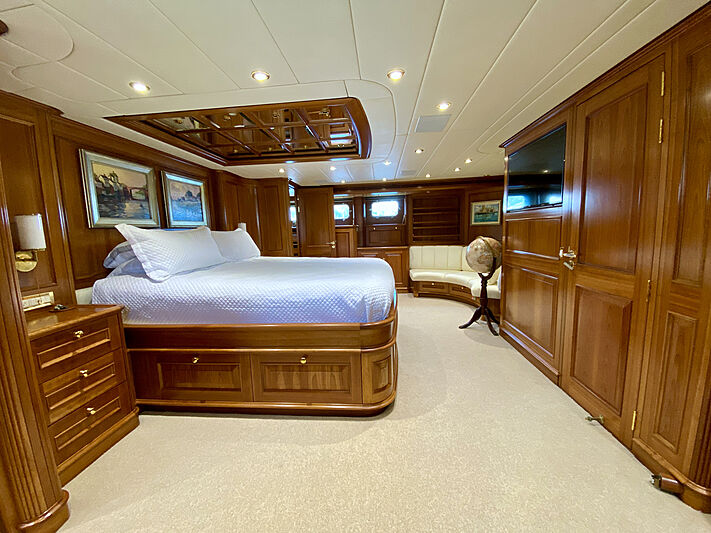 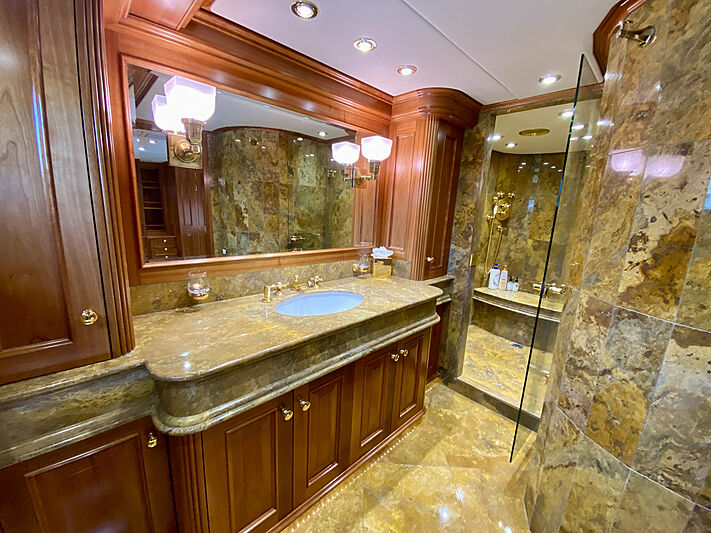 Her saloon dining area is finished in cream furnishings, which complement the varnished wood throughout. She also has a spacious galley, as well as accommodation for five crew members. 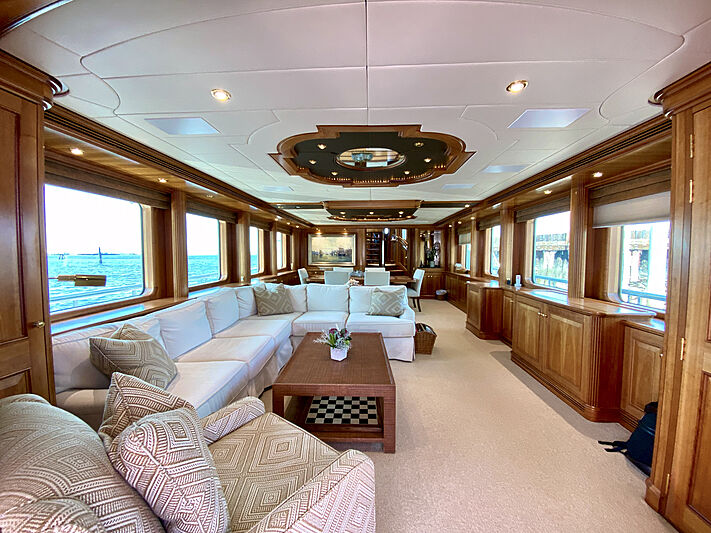 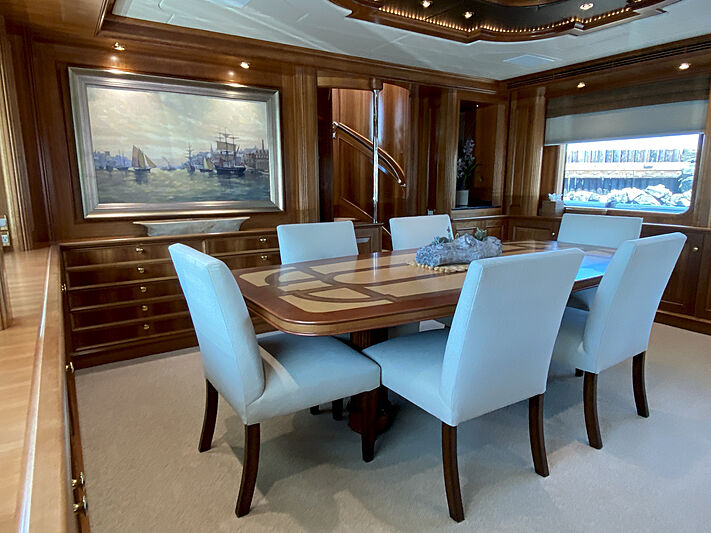 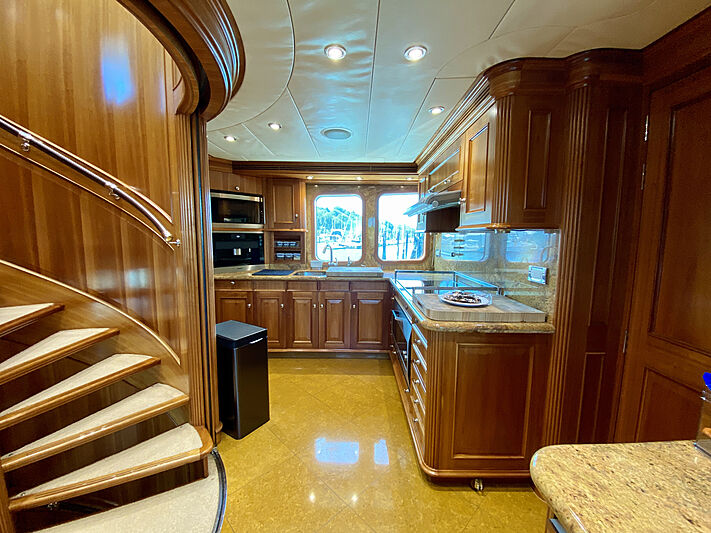 Externally, the Bloemsma & van Breemen yacht for sale, originally named Patriot, has a large flybridge with dining and lounge areas, as well as a helm station. The upper deck features a number of sun beds, and has storage for an array of toys, such as a dinghy catamaran and paddle boards. 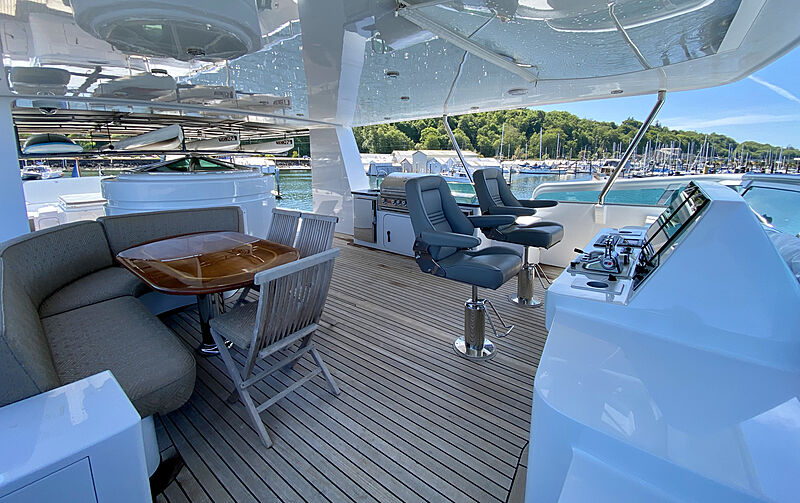 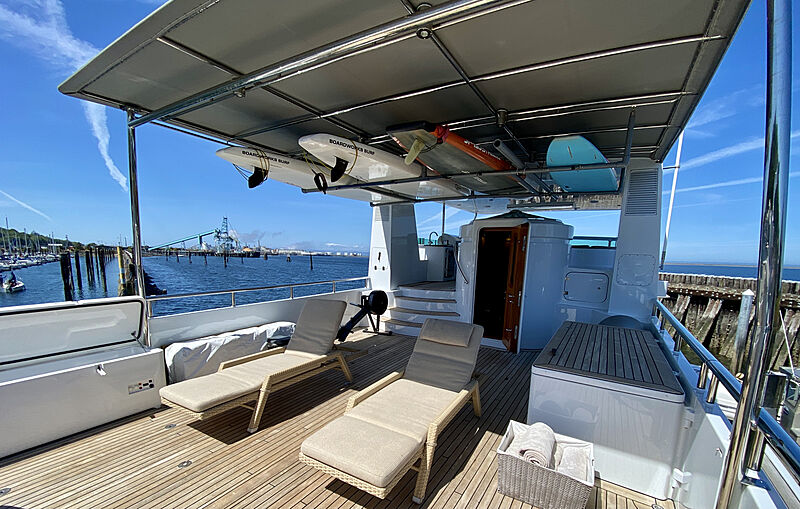 At the aft deck she has a semi al fresco dining area, with seating for as many as eight guests. There is also a Jacuzzi at her stern, with tender storage in davits to aft. 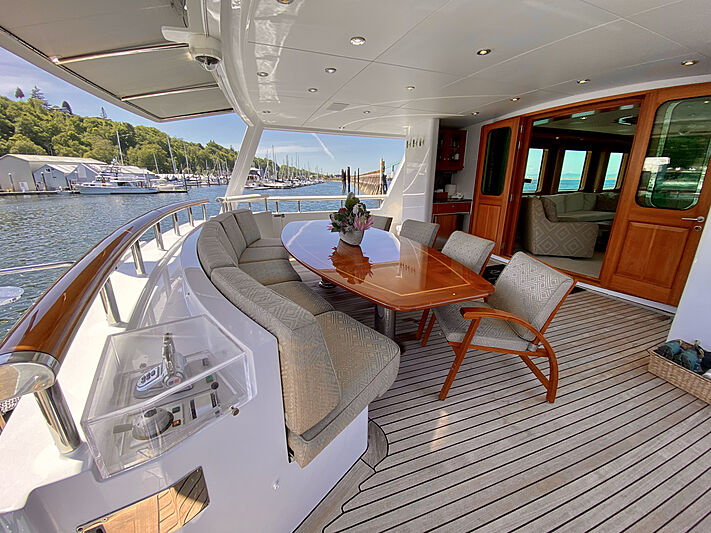 With an explorer worthy range of 6,000 nautical miles at her cruising speed of 10 knots, Gayle Force is a tried and tested ocean explorer. She has completed trips to Antarctica, Nova Scotia, and Northern Alaska. 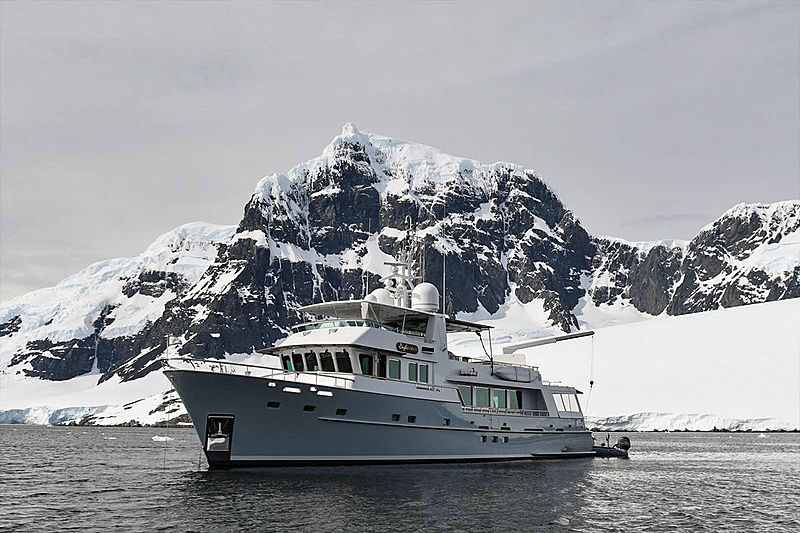