The 30.22-metre Cantieri Navali Rizzardi motor yacht Ntinos Blue, ex. Dinos Blue, has been sold in Greece, after less than one year on the market. The deal was concluded in-house by Vangelis Filiadis of IYC. 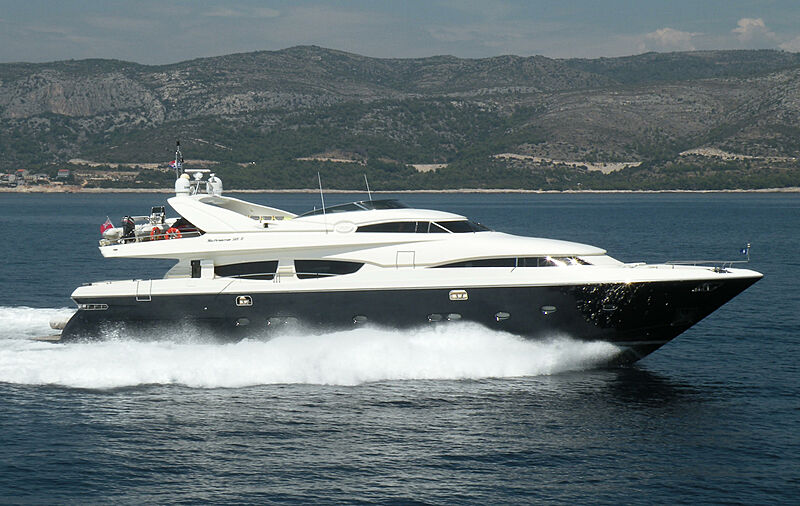 Ntinos Blue was built in 2004 and features naval design by her builder, Cantieri Navali Rizzardi, and exterior design by Galeazzi Design. She can sleep up-to 12 guests across her five staterooms, including a full-beam master suite. She can also host five crew members between three crew cabins.

Ntinos Blue features an al fresco dining area aft, a Jacuzzi and lounge seating on her sun deck, and a swim platform to her stern for easy access to the water. Inside, she has two C-shaped sofas in her main saloon, where a formal dining area is attached.

Ntinos Blue has a planing GRP hull and superstructure and is powered by twin MTU 12V 4000 M90 diesel engines, giving her top speeds of 30 knots and a comfortable cruising speed of 25 knots.