Known for their classic style and American craftsmanship, Westport Yachts has been busy with a number of new-build projects and sales over the past year, including the recent sales of Vision and Bess Times in January and March respectively. 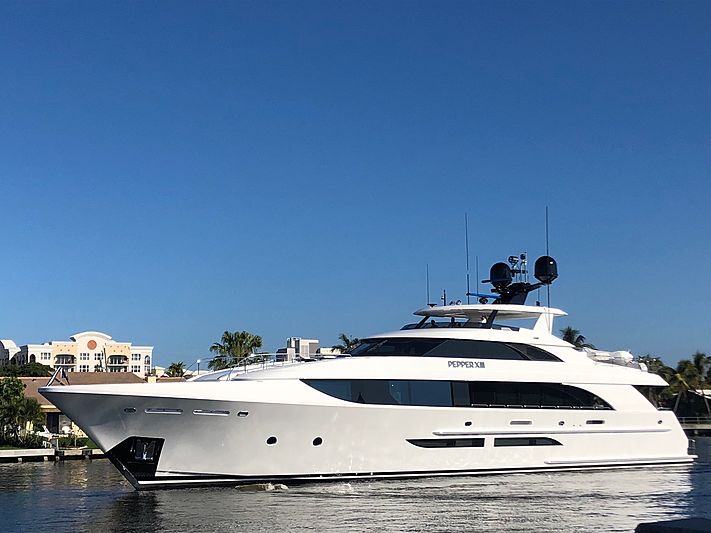 Photo: Westport YachtsOne project in particular, however, inspired the Westport Yachts team to deviate from their traditional style and adopt contemporary, European lines and an interior to match. Working closely with Holly Hunt Design and the owner himself, who has unfortunately since passed away, the Washington-based shipyard delivered the 38.1-metre motor yacht Pepper XIII in 2018. 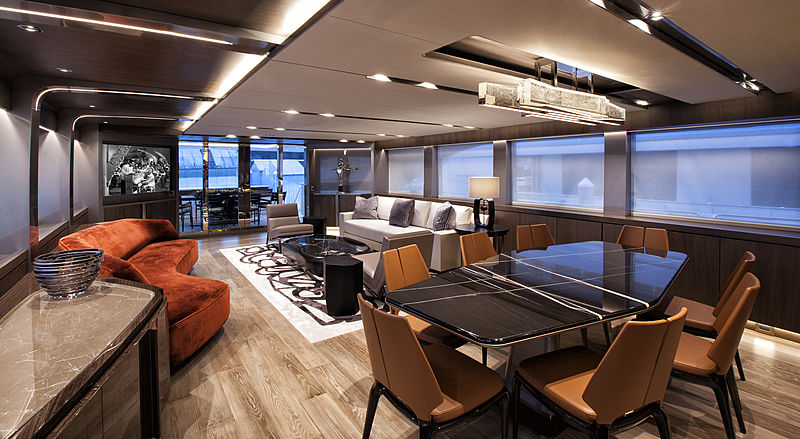 Photo: Westport YachtsCharacterised by her clean lines and minimalistic use of furniture, Pepper XIII’s spacious saloon offers plenty of seating and is surrounded by windows, an enticing contrast with the moody colour theme. Her windows are not the only facilitators of light, as the saloon and dining area are adorned with boldly-coloured artwork and quirky light fixtures, and her generously-equipped kitchen features bright counters. 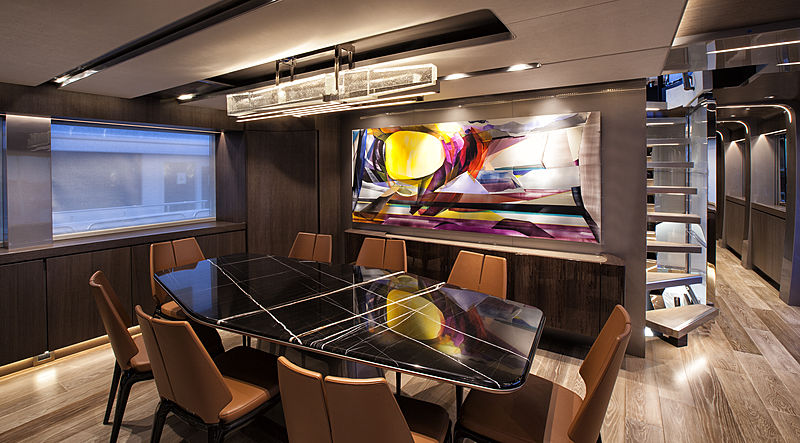 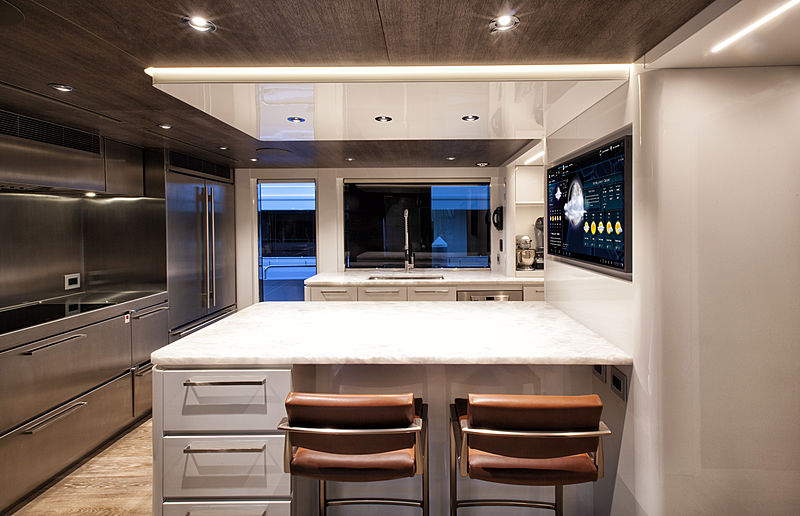 Photo: Westport YachtsThe 329 GT vessel sleeps up to eight guests across four staterooms which also feature more offbeat artwork and modern furnishings. Brass-coloured walls distinguish the staterooms from the rest of the vessel and velvet seating gives guests a comfortable and private place to relax. There is also accommodation for a crew of five across three cabins. 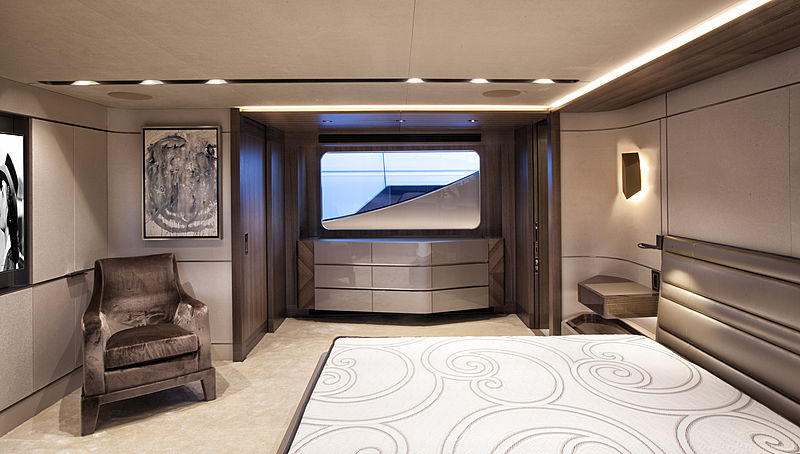 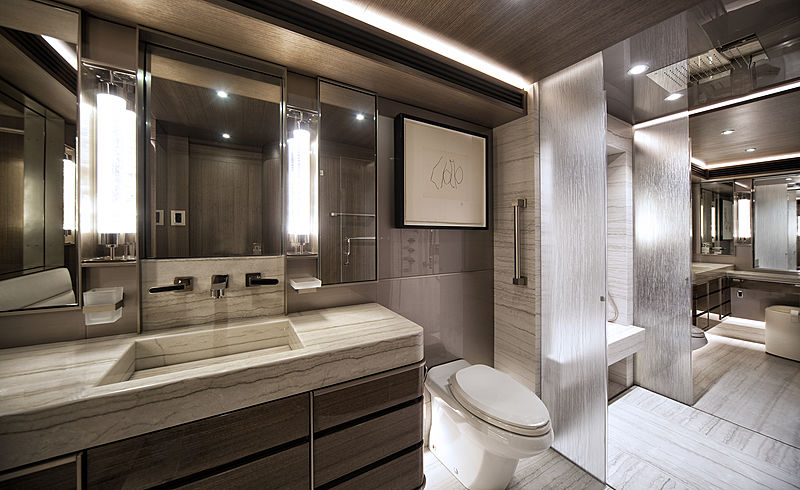 Photo: Westport YachtsAcross her three decks, Pepper XIII offers plenty of areas to explore on board, including the gym and the al fresco dining area located on the aft deck, where guests can enjoy cocktails in appreciation of the sea views.

Photo: Westport YachtsThese notable features were created in respect of the owner, who had a very specific vision for his beloved superyacht. So much so that he requested that Holly Hunt Design in Chicago work alongside Westport Yachts for the yacht’s interior, making Pepper XIII the first yacht designed by the Chicago-based studio. 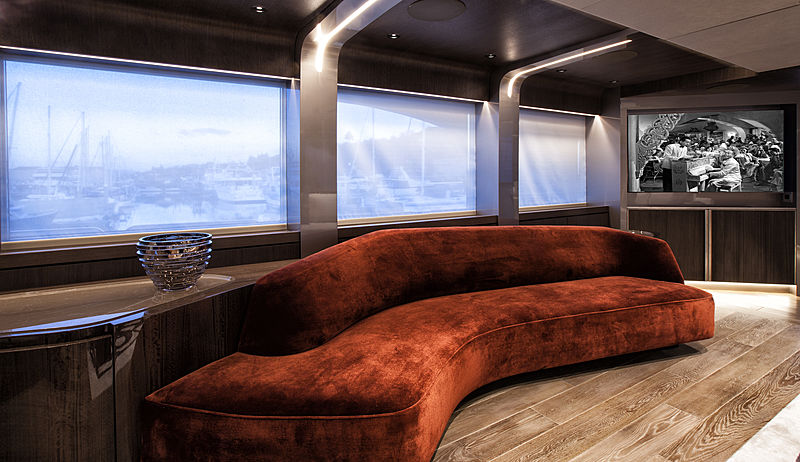 Photo: Westport YachtsHolly Hunt commented, “I was stunned for a moment as I was not so sure we could do a yacht; however, Neil Zuleta, our head architect and interior designer was certain we could do it, so he immediately became an advocate and leader of the project team. We accepted the commission after meeting with this terrific client who was so confident our design would make them proud.” 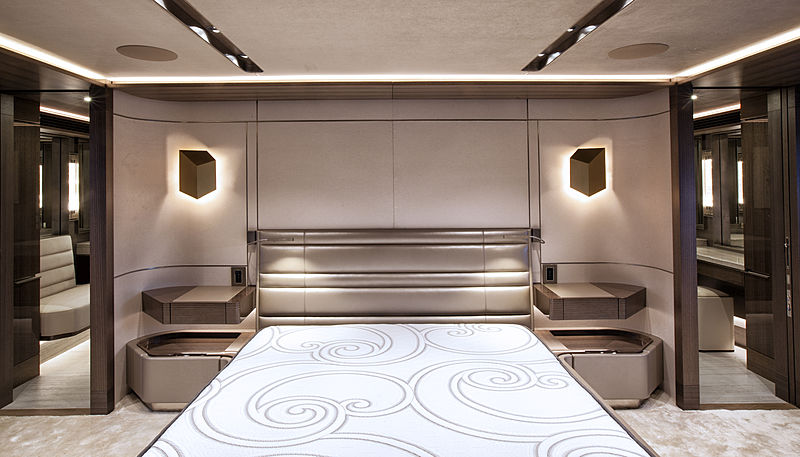 Photo: Westport YachtsDetermined to approach the design of Pepper XIII with the same attention to detail required by any design, yacht or not, Niel Zuleta and Holly Hunt attended the next major yacht show in Monaco and walked through a number of vessels to find inspiration. “We brought much of what we learned with our own new ideas back to the Westport shipyard in Seattle,” reflected Hunt. 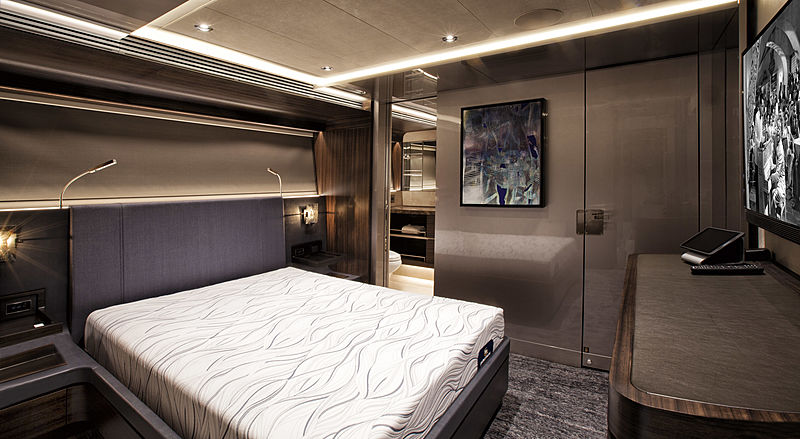 Photo: Westport YachtsA yacht full of firsts, Pepper XIII had an impact on everyone from her owner to her designers and builders. Hunt commented, “As this was the first modern interior by Westport and our first yacht, we all learned fast and in excellent collaboration. The clients guided the project with contagious energy and positive spirit, wanting the project to be the best it could be, but more importantly, a memorable experience in creation and fun.” 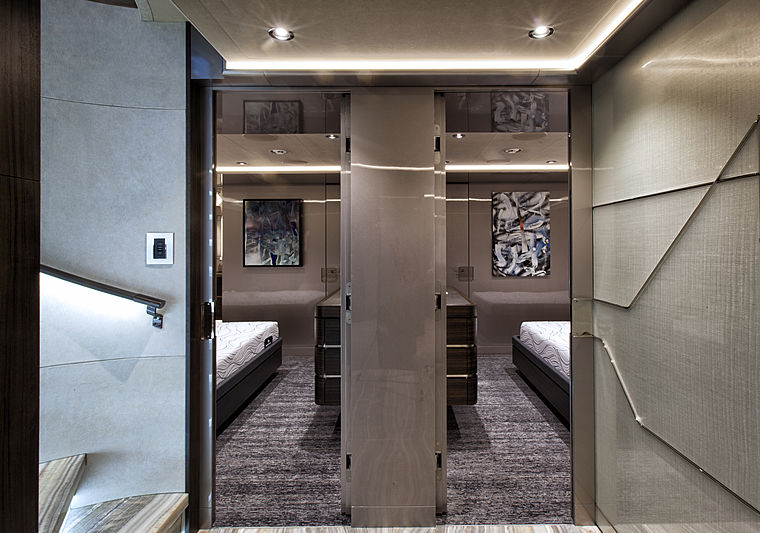 Photo: Westport Yachts“Our only regret is that the owner’s death came two months before the boat sailed. However, he did see it almost completed and was very proud of the result. He was looking forward to experiencing the joy of living afloat on the Pepper XIII,” she added.

Photo: Westport YachtsWhen asked about the future of Westport builds, the shipyard's Director of Marketing Ron Nugent commented: “The W125 is a series build and Westport continues to make minor adjustments to keep up with technology and the ever-growing demands of clients.”