Out of a superyacht fleet spanning 4,981 yachts currently in operation, there are those vessels with stories behind them which are truly remarkable. And, when you’re listening to a story beginning with ‘Once upon a time’, it’s always the Big Bad Wolf that sticks in your mind. 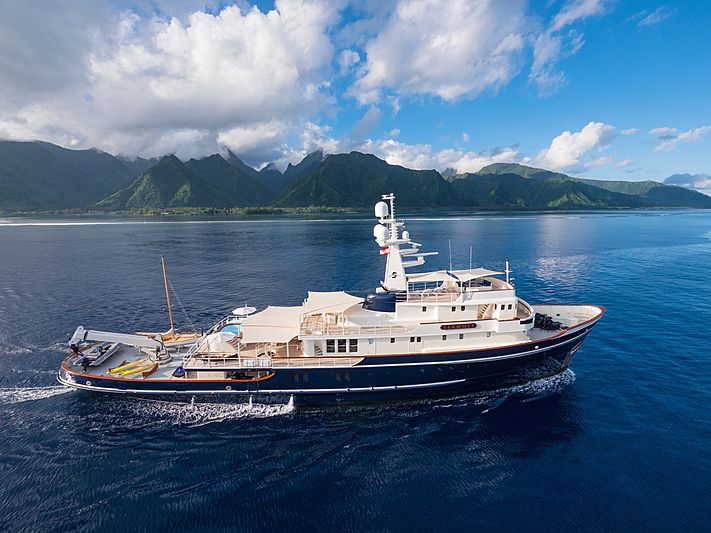 One yacht whose tale has always been worthy of telling is the 58.83-metre motor yacht Seawolf. Built by J & K Smits Scheepswerven N/V in the Netherlands in 1957 as the steel tugboat Clyde, she underwent conversion works to transform her into a unique expedition superyacht. The work was done in Astilleros de Mallorca between 1998 and 2004. But this is not just any superyacht: Seawolf’s origins as an oceangoing tug set the groundwork enabling her conversion to a truly ‘go-anywhere’ expedition superyacht, and allowing the next chapter of her life to begin. 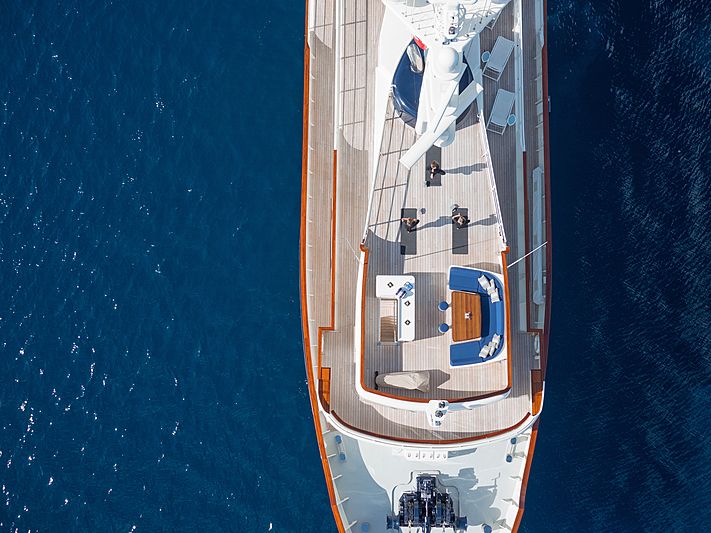 We open the book of Seawolf back in 1957, where this fascinating part of yachting history began. Once upon a time, Seawolf was originally commissioned by the now-defunct shipyard J & K Smits in Kinderdijk in the south of the Netherlands, to a design by Dr J. A. C Hoogenbosch. Originally built as Clyde and joined the company’s fleet of seagoing tugs which had been built to similar designs and named after famous rivers, including Clyde’s namesake: the second-longest river in Scotland. 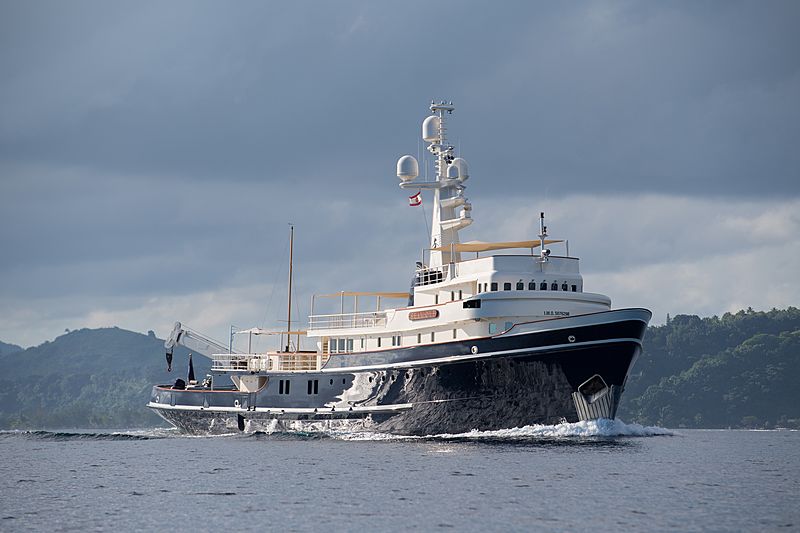 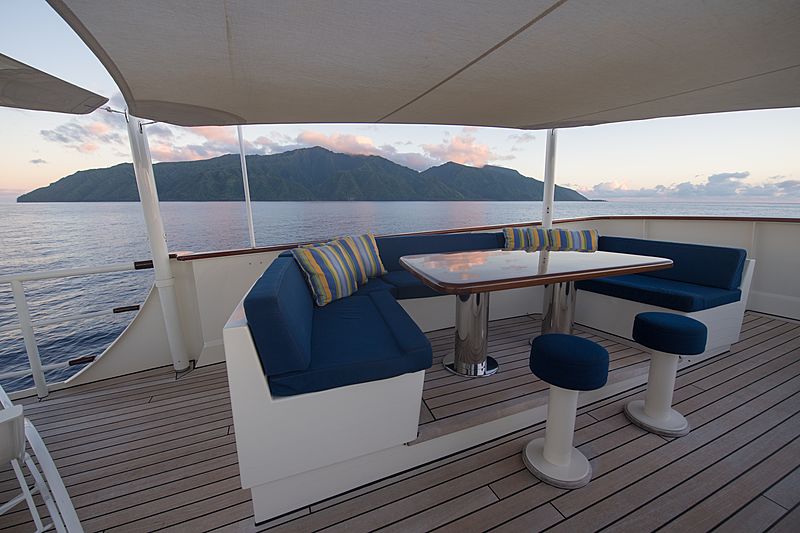 Clyde’s only sister ship, Elbe came into the world two years later in 1959. Both boats began their hardworking careers as tugs, towing flattops from the US to Belgium and Japan, cargo ships to scrap yards and drilling platforms to various destinations all around the world. All this labour was made possible by Clyde’s two Smit-MAN six-cylinder, four-stroke diesel main engines generating 1390 horsepower each. Seawolf still makes the most of these original engines during her world-cruising expeditions today. Boasting a top speed of 13 knots, a cruising speed of 10 knots and range of 9,600 nautical miles at economical speed. 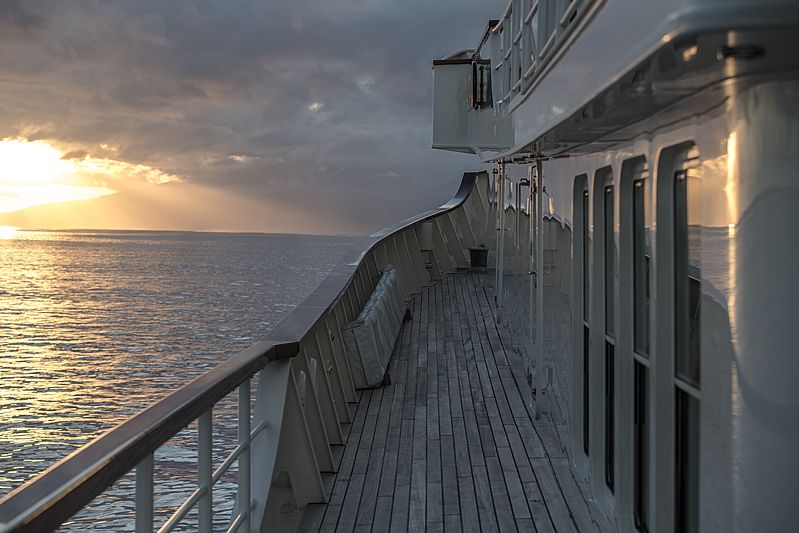 This first chapter in Clyde’s career came to a close in 1977 when she was sold to Matsas Salvage. She worked for 13 years at the salvage company in Greece until she was bought by a German towage enthusiast and gifted her the lupine name, Seawolfe. In 1998, it was all to change again. and a Greek owner based in the Caribbean took a shine to Seawolfe. He made the biggest decision in her career: to convert Seawolf from a tugboat into a luxury yacht. 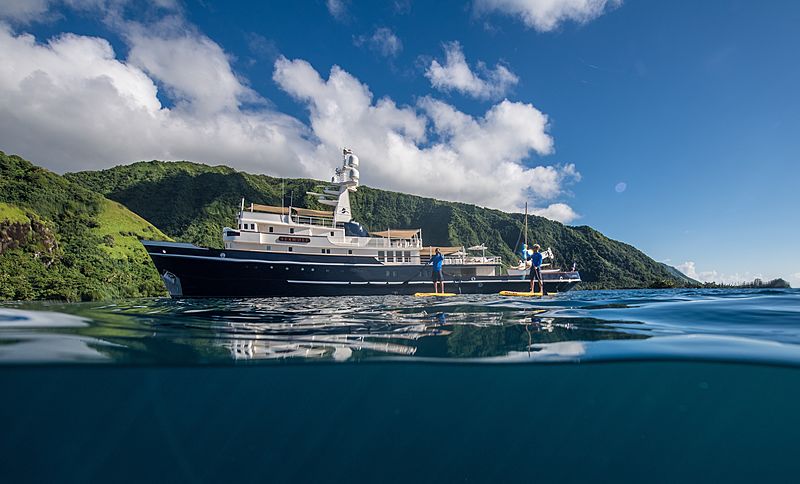 Maintaining her distinctive and rugged tug outline, Seawolfe’s transformation took five years of hard grafting. The work was completed at the Astilleros shipyard in Palma and resulted in a stunning and utterly unique superyacht at the other side. The vessel’s tough exterior designed by Bob Hoghton hid a new, luxurious interior. Designed by Renato Parla Piano it was full of elegant details and clever design elements. Carrying the names Seawolfe C and Dolce Far Niente later on in her career, her name was finally shortened to Seawolf when her current Canadian owner, Mike Potter, bought her in 2008. 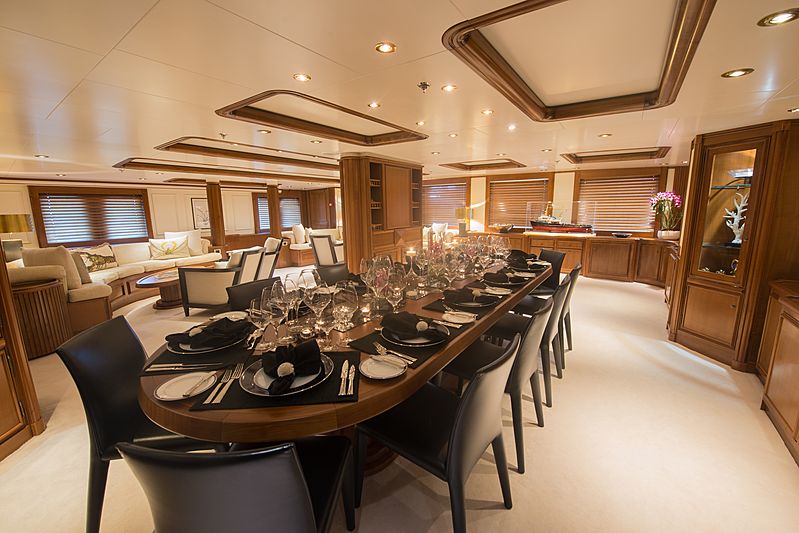 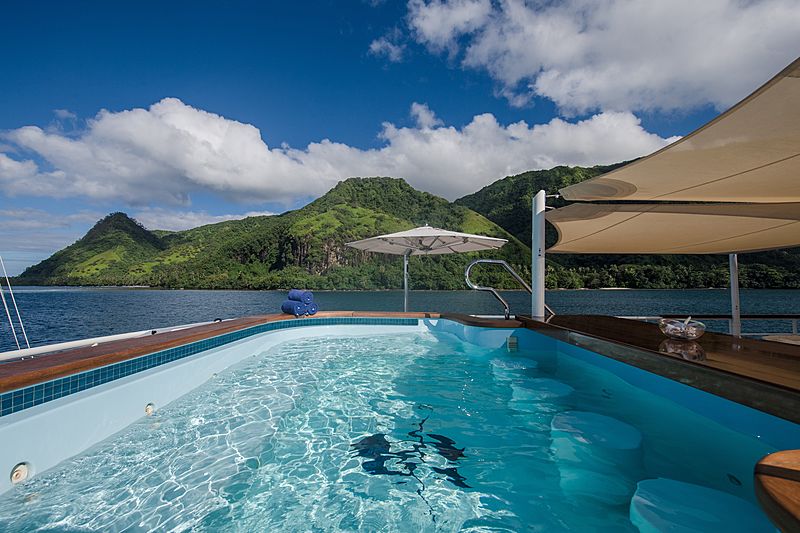 Thanks to Potter’s care to keep Seawolf in excellent condition through numerous refit works. During the most recent, in 2016, she underwent a complete repaint and rebuild of her main engines. Nowadays, she has all the amenities and qualities one could expect from any of the world’s most exclusive superyachts. 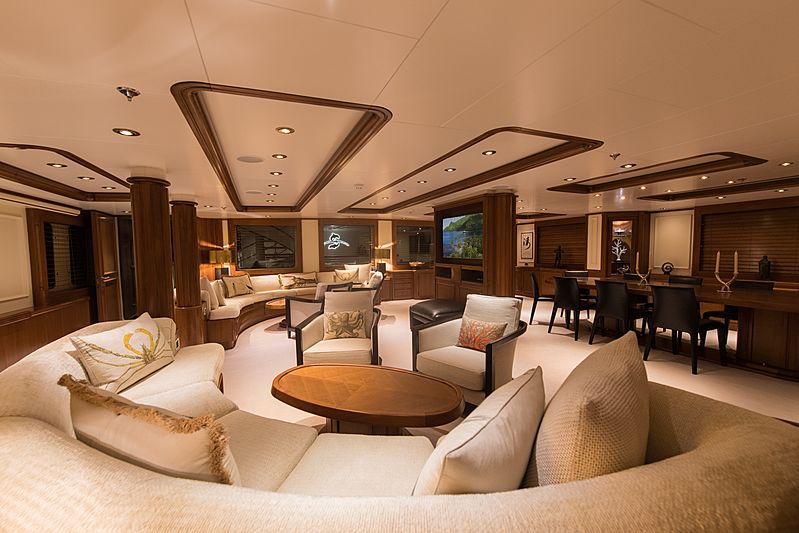 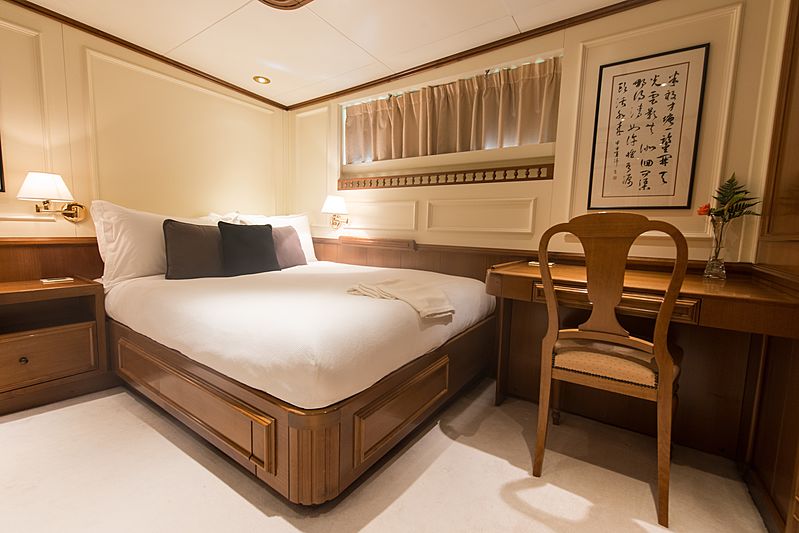 Accommodating 13 guests across six generous staterooms comprised of two double VIP guests, a double guest with ensuite, a double with an additional single bed and ensuite and two twins with ensuites. 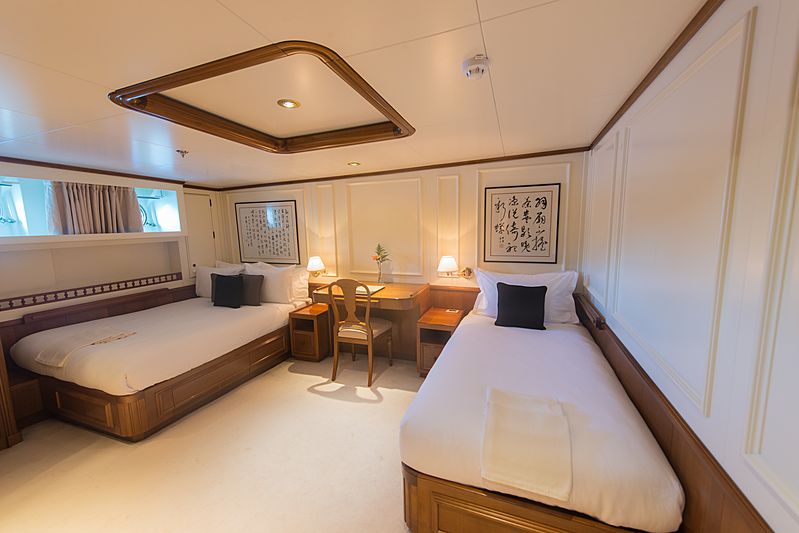 She boasts a separate owner’s deck with full-beam cabin, private study and pantry. The 14 crew are at home across eight staterooms. Exploration yachts don’t get much more serious than Seawolf thanks to her long range, ice-strengthened hull, excellent fuel efficiency and ABS class-status. 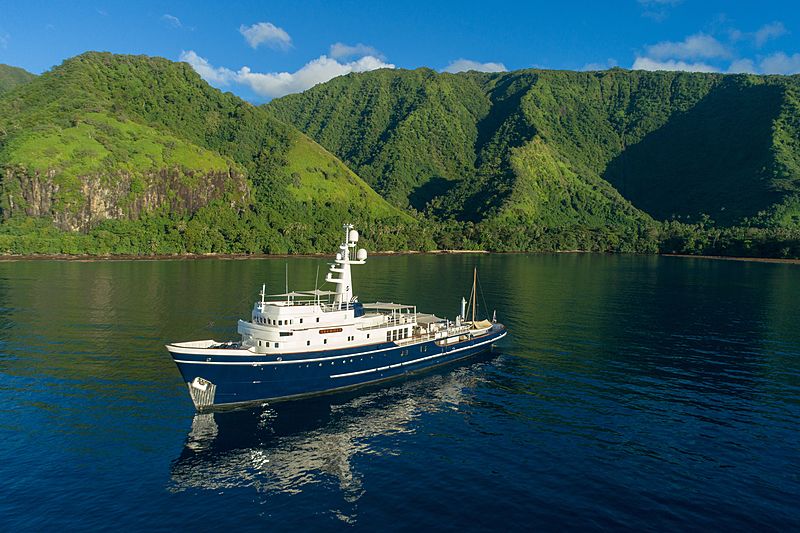 This extraordinary vessel has sailed to some of the world’s most remote and beautiful spots over the past decade. She has seen Vanuatu and the Solomon Islands and enjoyed adventures in locations as diverse as French Polynesia, Fiji, Indonesia, Istanbul, Ireland, the Dominican Republic and New Zealand. Her owner, Canadian tech entrepreneur and avid pilot Mike Potter, is now ready to pass her on to new hands for the start of the next chapter of her story. 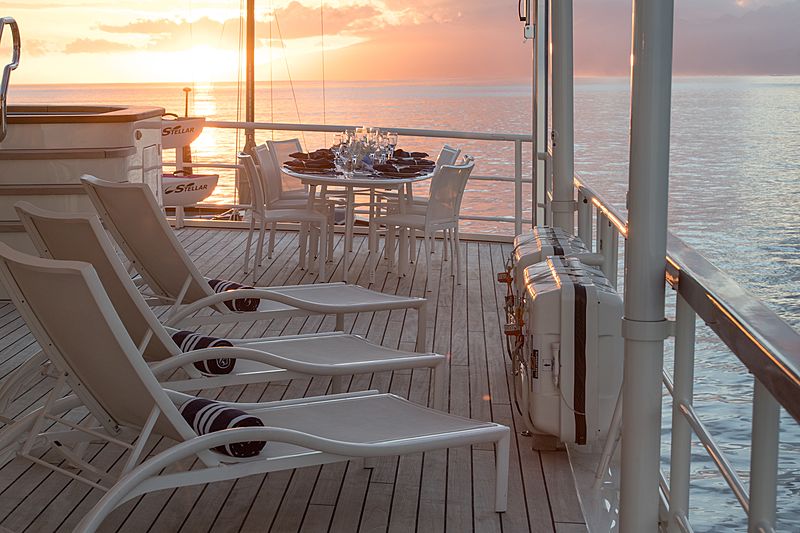 To this end, Seawolf is now on the market exclusively with Fraser. Offered at an asking price of $9,900,000, with the highly-experienced sales broker Jody O’Brien - who has been at the company for 25 years. In addition, Seawolf is commercially compliant, with her five-year ABS out of water survey completed in March 2019. All who know the origins of this remarkable boat will be following closely and waiting anxiously to see who will continue their story with this truly remarkable yacht. 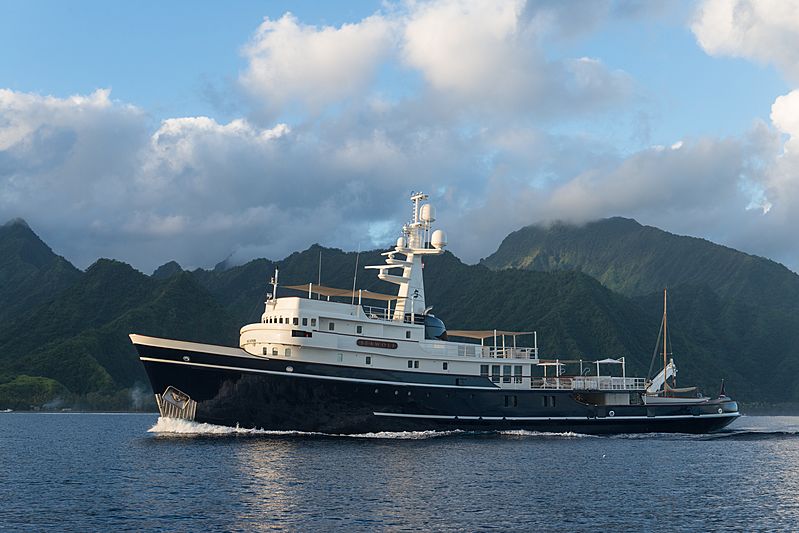 For more information about Seawolf, contact her broker directly using the details below.