At the end of 2008 the Rio de Janeiro based shipyard RioStar launched Motu, the first Procion 110. The 33 metre superyacht was designed by Fernando de Almeida Yacht Design who, in cooperation with RioStar, was also responsible for the yacht’s Naval Architecture. The all Brazilian team is completed by Clarissa Straus who designed Motu’s interior. 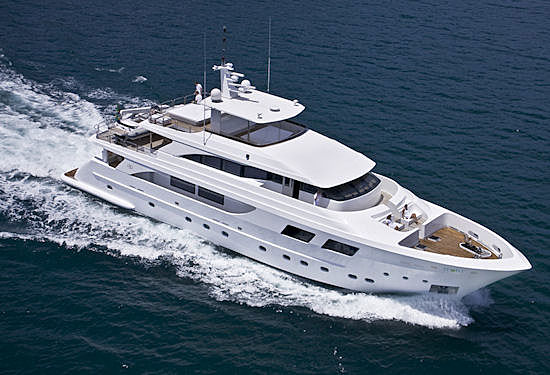 Aft on the bridge deck we find a large circular dining table and forward the wheelhouse. The main deck houses a large salon, forward the owner’s suite, comprising of a large bedroom and his and hers bathrooms. The lower deck features four guest cabins, 2 large double cabins and two twin cabins, as well as the crew cabins and engine room. 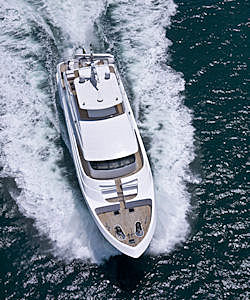 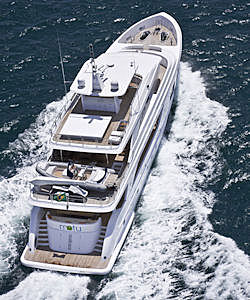 Motu displaces 115 tonnes and is powered by twin 1675hp Caterpillar C32 diesels, which enable her to achieve a maximum speed of 25 knots, while she comfortably cruises at 21 knots. With a fuel capacity of 25,000 litres, Motu can cruise up to 1,000 nautical miles at cruising speed. At a more economical speed she can cruise up to 2,500 nautical miles. 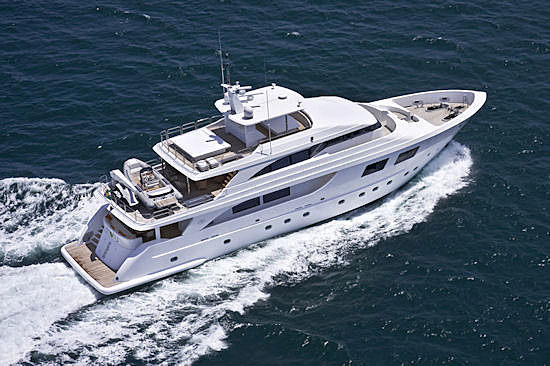 The Procion 110 is the largest model available through the Rio de Janeiro based shipyard RioStar. Other models include the 82ft Pegasus, 62ft Cignus, 55ft Pollux, 51ft Sirius and 45ft Canopus. 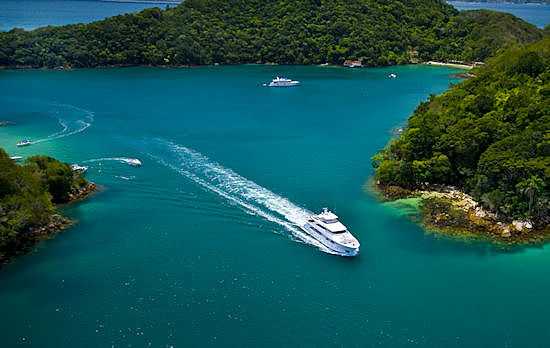 For Fernando de Almeida Yacht Design the Procion 110 is the 4th yacht successfully developed with RioStar. At present the studio is also working on the conversion of the 220ft Santa Rita (previously known as Tosca IV). Other projects on the drawing board are a 105ft Expedition Yacht and the refit of the 86ft Mariner III.