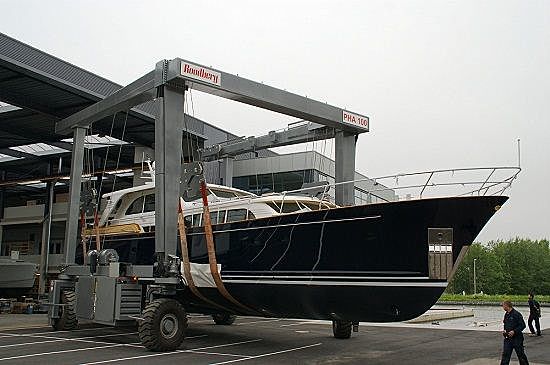 Based on the successful Mulder 73 Wheelhouse with 85 cm of additional length, the Mulder 75 Wheelhouse has an elegant overall character due to her lower length/height ratio, unique details in the superstructure and lower bulwarks. The lines of the all-aluminium motoryacht identify her as a true Mulder. With a slight angle in the stern, a sloping roof overhang and dark window frames, the overall design contributes to a dynamic and elegant profile. The future-oriented design of the new Mulder 75 Wheelhouse is based on the yard’s extensive experience since 1938. 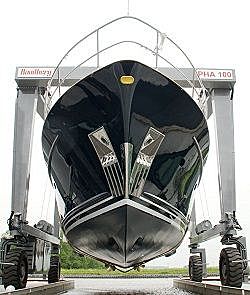 The yacht’s performance further underlines its Mulder pedigree. The Wheelhouse models are built with a semi-displacement, round-bilged hull which functions optimally in all weather conditions and sailing regions. The new Mulder 75 Wheelhouse comes as standard with two Caterpillar 715 hp engines that provide a top speed of around twenty knots. Stabiliser fins (also fitted as standard) increase the sailing comfort, which can be further enhanced by installing the optional Seakeeper M26000 Gyro active stabilising system. This ensures maximum stability both at sea and at anchor.

In stark contrast to the average yacht, Mulder develops unique vessels with a superior performance that combine elegance and comfort in a well-balanced ambiance. The latter aspect is clearly present in the interior of the new75, which offers an unrivalled mix of functionality, ergonomics and top-quality equipment. The four guest cabins accommodate up to eight guests, while the luxurious 20m² owner’s suite features a king-sized bed, a lounge area, a large vanity table and an ensuite bathroom.

The open galley, standard equipped with various Miele appliances, is directly connected to the saloon. The crew has its own cabin with head and separate shower on the port side of the yacht and directly accessible from the deck via a dedicated entrance. 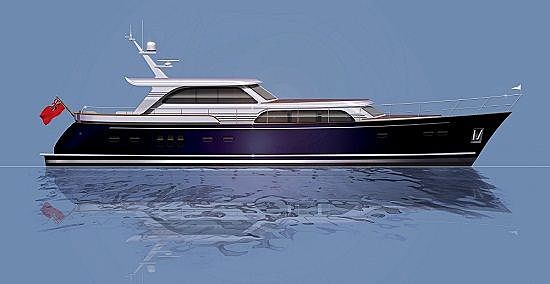 Open, split-level concepts are another renowned characteristic of Mulder designs and this is perfectly illustrated on the Mulder 75 Wheelhouse. The open space from the saloon towards the wheelhouse helps bathe the interior with natural light. The wheelhouse itself features a comfortable sofa and two armchairs, ideal for social moments with the entire family. The onboard comfort is further enhanced by the ergonomics. The luxurious helm seat provides clear overviews of the entire yacht and her surroundings, even in heavy seas, while the logical placement and easy operation of the instruments ensure an optimal sailing experience.

Following the successful experiences with the layout of the aft deck on the Mulder Favorite 1500 Diva, Mulder chose something similar for the innovative Wheelhouse model. The Mulder 75 Wheelhouse is standard equipped with a rear facade with an electrically operated sliding window and a comfortable corner seat. This allows passengers to enjoy the views from the aft deck at higher speeds with a minimum of wind noise and spray. Below the aft deck is a tender garage for a Williams 445 Dieseljet, accessible via a hydraulic door.