Mulder Design has recently revealed their latest superyacht concept. Measuring 36-metres, the Exploreraccommodates up to up to eight guests across several generous staterooms including a main deck master suite. 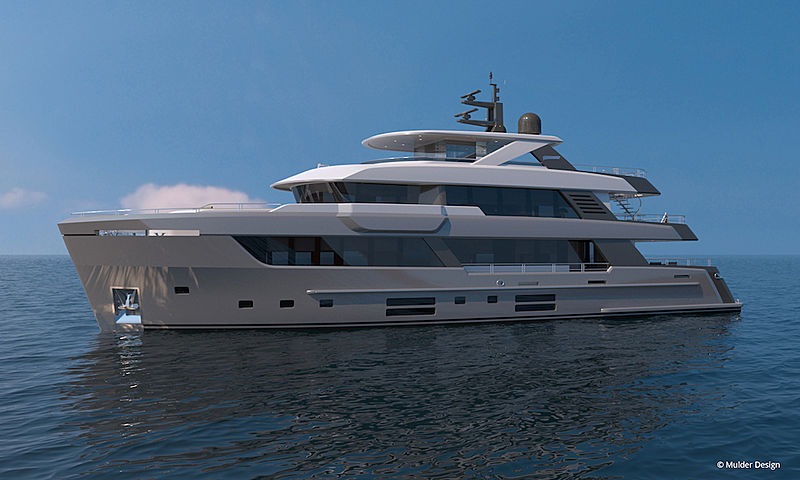 Describing the project the team at Mulder say: “This robust 36m explorer yacht is a true go-anywhere-cruiser with it’s range of 4,200 nm. We wanted to create a unique atmosphere in the skylounge with breaking down the boundaries between interior and exterior spaces with full width glass doors which provide an unobstructed view from the skylounge to the aft wheelhouse deck.” 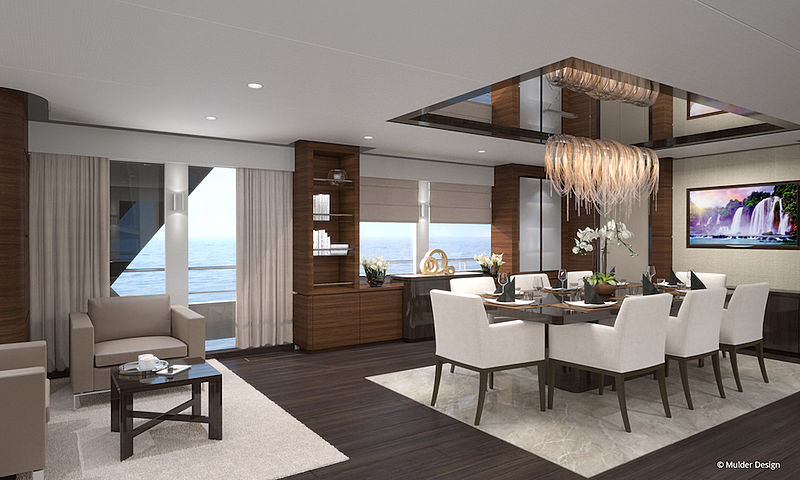 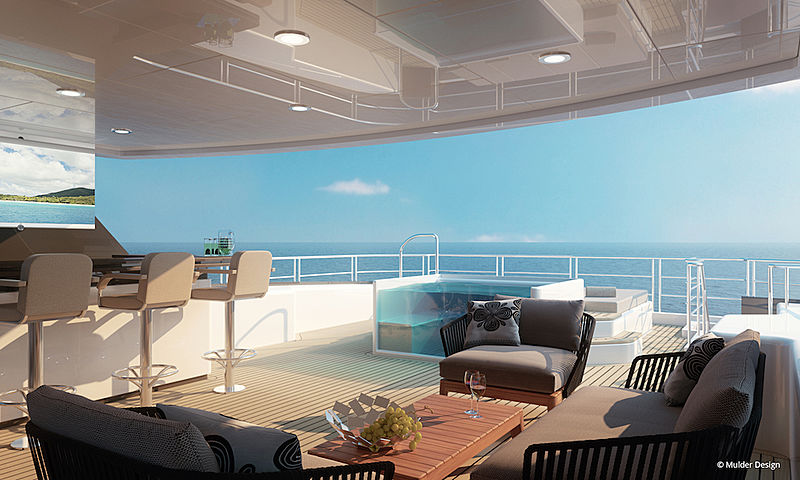 Aside from the skylounge, other stand out features include a large sundeck complete with a Jacuzzi, a wellness and gym facilities, as well as an elevator connecting all four decks. Performance wise, she is powered by twin CAT engines offering her a top speed of 13.5 knots and a cruising speed of 11 knots. 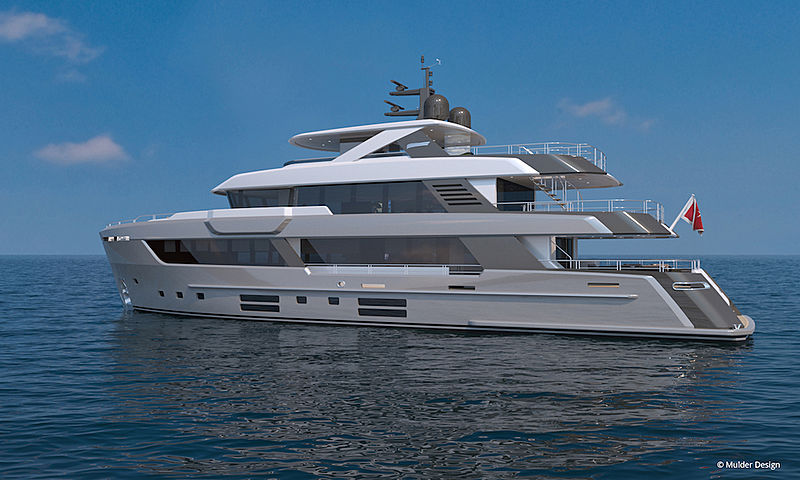