Mulder Shipyard in the Netherlands has announced that construction will soon start on a new yard just ten kilometres from its current facility. This second yard (in Zoeterwoude Rijndijk) will cover an area of 7000 square metres and focus on the maintenance, refit and new build of yachts between 18 and 40 metres. It should be ready to start operations in 2012, with the first new yacht launching in 2013. The existing facilities (in Voorschoten) will remain open and be dedicated to yachts under 18 metres. Both Mulder yards are within 20 minutes of Amsterdam Schiphol Airport. 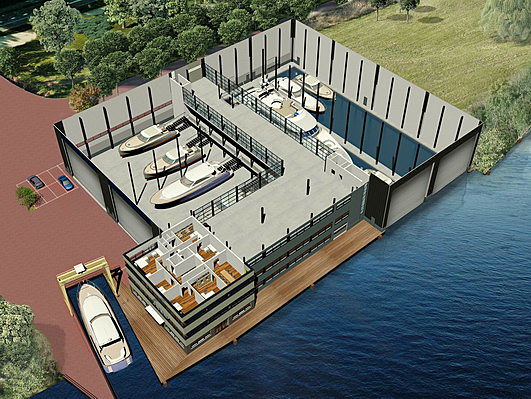 One of the reasons for this major expansion is the difficulties experienced at the current yard with moving and launching large yachts, which are increasingly in demand from Mulder Shipyard. There is also a shortage of storage space. The construction of a new yard will considerably increase Mulder’s flexibility and product efficiency to accommodate the very healthy order portfolio. It also gives the yachtbuilder the opportunity to deliver more yachts, and meet the future demand for larger yachts and refit projects. The final permits for the new facilities have been issued and construction will get underway in early 2011. 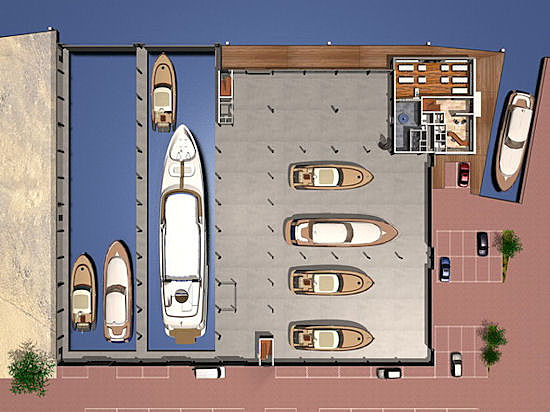 The first hall of the new yard will be equipped with two dry docks of 55m x 13m. The second hall can accommodate the simultaneous construction of four yachts up to 30 metres. The projects in this hall are accessible via three work floors. The ground floor will be used for working on engines, generators, propulsion systems, bowthrusters, sternthrusters, stabilisers and similar equipment, and include a store room. The first floor will facilitate the assembly of the interior, service installations and electrical systems, and house Mulder’s interior department and spraying facilities. The new yard will also include a 100-tonne boat lift and a modern office building. 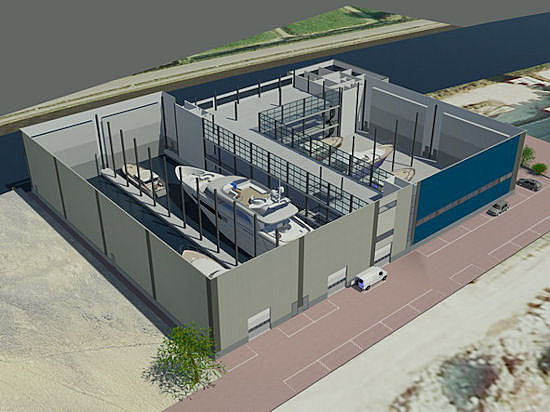 Although the expansion requires a substantial investment, it will eventually lead to major cost synergies. In addition to new builds and refit activities, the new yard will also provide services for the growing Mulder fleet. The Voorschoten location will focus on the construction of the Mulder Favorite and the Bellagio, while also being used for the storage and maintenance of smaller yachts.