Mulder Shipyard has unveiled more images of their latest concept design, the 28 metre 2800 RPH-Full beam. Designed to be easily operated, the yacht is conceived to be suitable for both families and chartering, possible to operate with a limited crew and low running costs. Depending on the use of the yacht, it can be operated by a crew of three to eight. 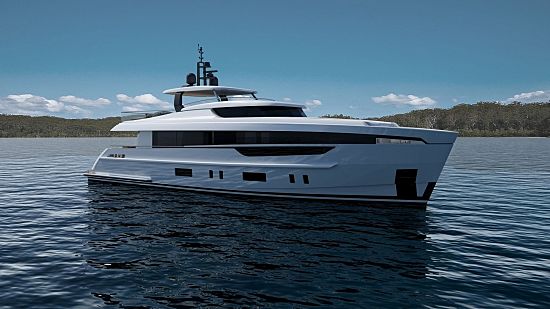 Dirk Robert Mulder, Managing Director of Mulder Shipyard, commented: "We opted for a yacht with a maximum load line length of 24 metres as per the MGN 280 rules. We purposefully avoided the easier 24-metre CE rules as they are used on many yachts: some stretch as far as 29 metres in length by taking advantage of the flexibility of the rules without actually providing more security or quality to the owners than a small yacht of 15 or even 20 metres The yacht is designed by Frank Laupman of Omega Architects, who Mulder successfully partnered with on some of their latest projects." 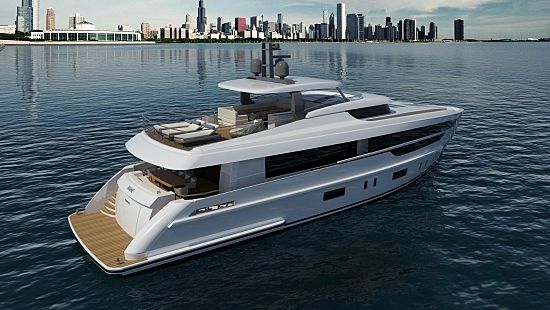 The 2800 RPH-Full Beam features a full beam master stateroom on the main deck, which can be fitted with a recessed balcony. Clients can choose from several different layouts, for both the interior, and the flybridge. 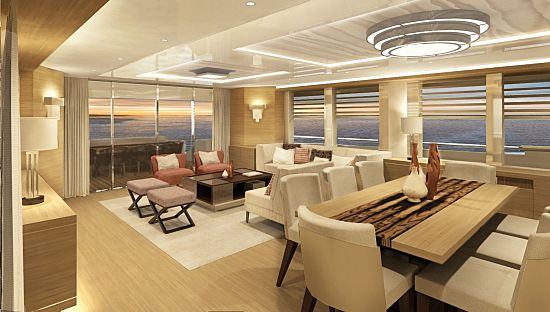 "A wonderful feature is the aft deck dining. On most yachts, the dining area is inside, forward of the saloon. In practice this means that this indoor space is hardly ever used on most yachts as everybody goes outside the moment they wake up. We had the idea to redesign the main deck to take this into account. We placed the dining table outdoors, under a sundeck roof so that it would be out of direct sunlight, and we designed drop-down windows to port and starboard while completely concealing the main entrance doors. Naturally, we also have a traditional layout available for the main deck". 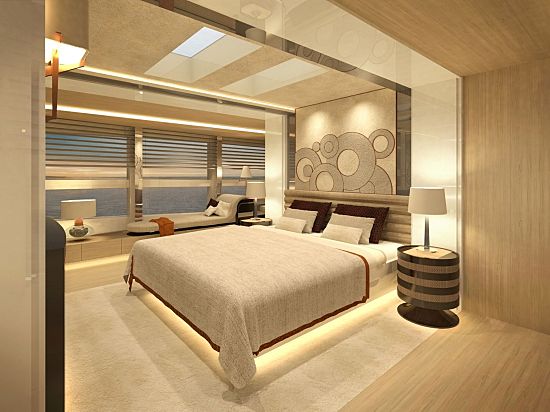 Mulder chose a round-bilged, all-aluminium yacht to offer an economical cruising speed of twelve knots and the option of achieving 15-16 knots or even more if required.