When it comes to owning boats, John Rosatti is a real veteran. SuperYachtTimes.com recently spoke to him about the various superyachts he has owned and counted no less than 15 yachts (including two under construction), ranging from the 35ft Cigarette Executioner to the 180ft yacht he intends to build at the new facility of Christensen Shipyards. Alongside these large yachts, Rosatti also owned various smaller boats, like Fountains and Marlagos. 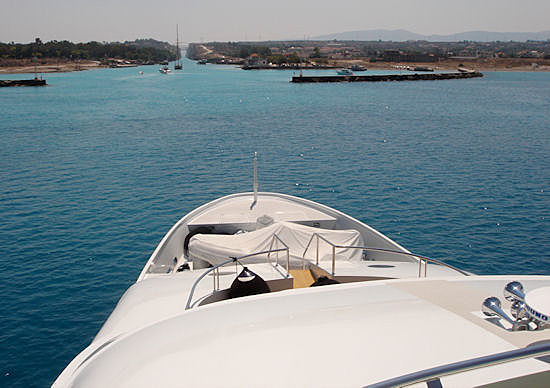 The Christensen 157 Nice N Easy was purchased in 2005 by Rosatti, as he explains, "it was one of the most beautiful boats out there. A tremendous amount of quality work was put into this boat. I really believe in composite yachts because of the extra durability and quality. I looked at the competition such as Trinity Yachts, Palmer Johnson and Westport Yachts", but couldn’t find the workmanship like in a Christensen.

As a result of the fine quality and composite construction of Christensen Yachts, and the good working relationship with Dave Christensen, Henry Luken and Joe Foggia, Rosatti is currently building the 163 foot M/Y “Remember When”, due for delivery in November 2009, and is planning to build a 180 foot Christensen sometime in the future. The 163 foot yacht is being built at the Vancouver shipyard and the 180 footer will follow after the construction of John Staluppi’s next project. "I think they build the finest boats in the world”, says Rosatti. 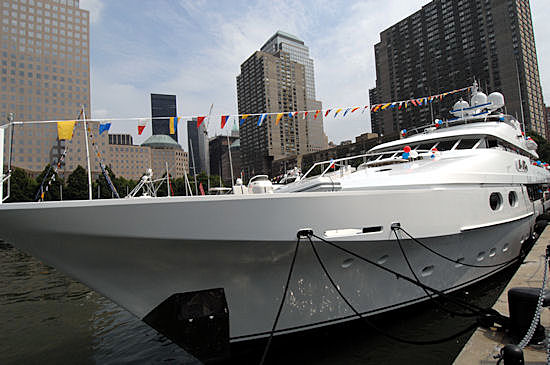 The current Nice N’ Easy is only privately used which Rosatti is very clear about: "In my view, it’s my own personal get-away and I don't want anyone using it besides friends and family. We use the boat often and don't really have time to charter. The 180 foot project was entered to build a bigger, better yacht - a natural progression to get a larger boat. It's a step up but will retain the same tried and tested quality that is prevalent in Christensen’s workmanship."

In a recent interview Rosatti stated that his yachts are investments. SuperYachtTimes.com asked him to explain:"It's our business, when we buy a yacht we fix them and sell them for a profit. If you take care of them they only go up. If you keep them maintained they appreciate. That is why we keep putting money into our boats, to make sure they stay like new." 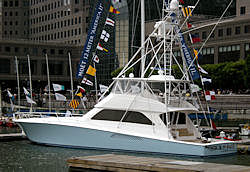 Friend and business partner John Staluppi, who builds many fast yachts, including the Heesen's Octopussy and Moonraker, was Rosatti's partner in Millennium Yachts for the recent The World is Not Enough. Both share a passion for fast yachts which stemmed from racing cars and boats since they were young. "When Staluppi built Octopussy, I had a fast yacht named Thunderball which did 46 knots and was built by Denison. It was completed in 1987 and had two 3400 horsepower MTU engines and two KaMeWa Jet drives."

When asked about the story behind the names Take It Easy, and Nice N' Easy, Rosatti says: "We like to relax and have a good time, just what the name implies. Boating is a pleasure to me and my family”. Rosatti continues: "On most of my vacations I have my family aboard and they bring their friends. Most of the time I have personal friends and acquaintances who stay aboard. We have parties in Fisher Island for the Boys and Girls Club, Fourth of July, and Birthdays. The boat is occasionally used to conduct business. We have people from the various factories both boating and cars who come on the boat." 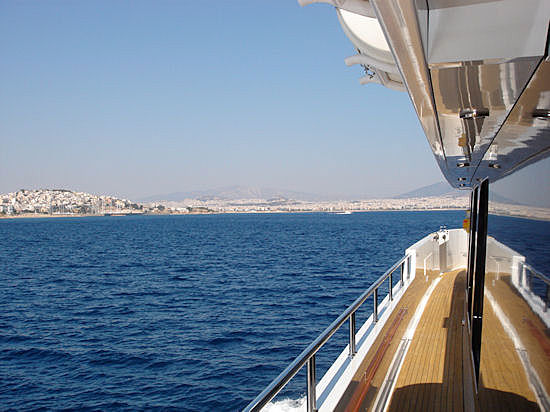 In the summer of 2007 Nice N’ Easy cruised extensively throughout the Mediterranean, between Rosatti's favorite places Portofino, Sardinia, Monte Carlo, Sicily, Croatia and Greece. In the spring, she took a trip through paradise known as the Caribbean Islands. This summer Nice N’ Easy has been cruising in the Northeast, specifically in the area of Long Island, Nantucket, Martha’s Vineyard, Newport and other places. She just had a splendid winter vacation in the cool and breezy Bahamas, and plans to remain in South Florida until the summer.