The largest yacht designed and constructed in Spain, the 59-metre Maybe, has made her way to Monaco earlier this week. On display through Camper & Nicholsons at the Monaco Yacht Show this year, here we can reveal for the first time what she looks like at full speed taken recently during a sea trial phase. 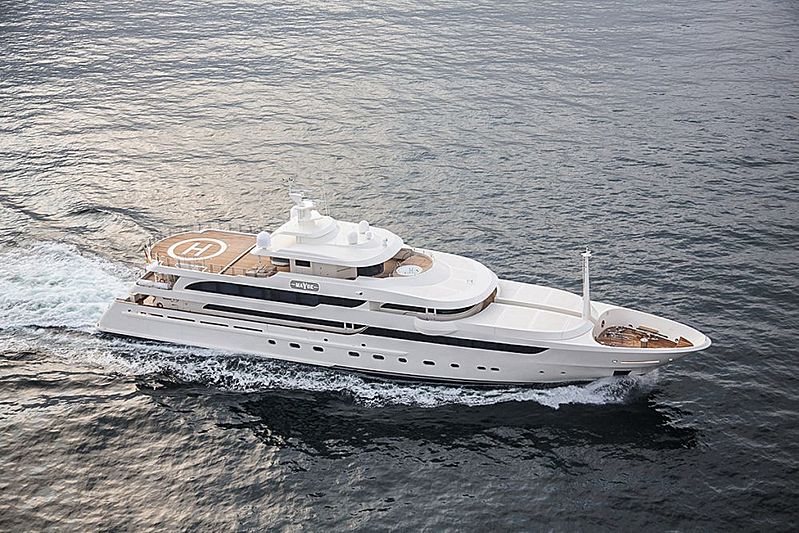 Designed by Acubens Naval Architects, with interiors by Toni Colom of Marcelo Pena Yacht Design, she is a sleek trans-Pacific motor yacht, offering a sense of adventure for her guests. 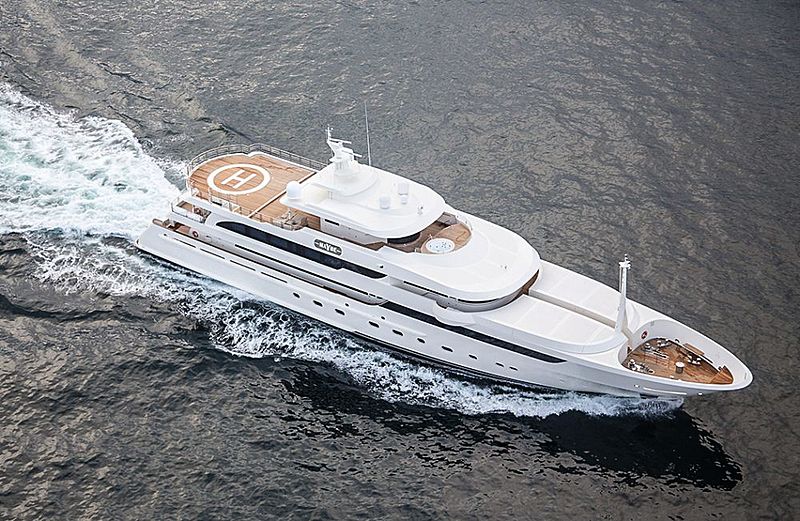 The story behind Spain’s largest superyacht is an interesting one, with construction originally beginning several years ago in 2008 at the fellow Spanish yard Factoria Naval de Marin. Following several unfortunate project cancellations, the company was forced to file for bankruptcy and the project was subsequently put on hold. MetalShips purchased the vessel in Spring 2015 and proceeded with construction following her sale.