In 1999 a Dutch shipyard signed a contract with an experienced client to build a 47m sailing yacht for delivery in June 2001. Two years before the same owner had taken delivery of a 31m Jongert, Erica XI of Hamilton and this new yacht was to be named Erica XII.

The renderings released by Ted Hood, the Naval Architect, showed a beautiful blue hulled ketch. Another well-known superyacht designer was involved, Andrew Winch. Winch was responsible for the exterior styling and her interior. The wooden decks and superstructure designed by Winch gave her a beautiful classic appearance. 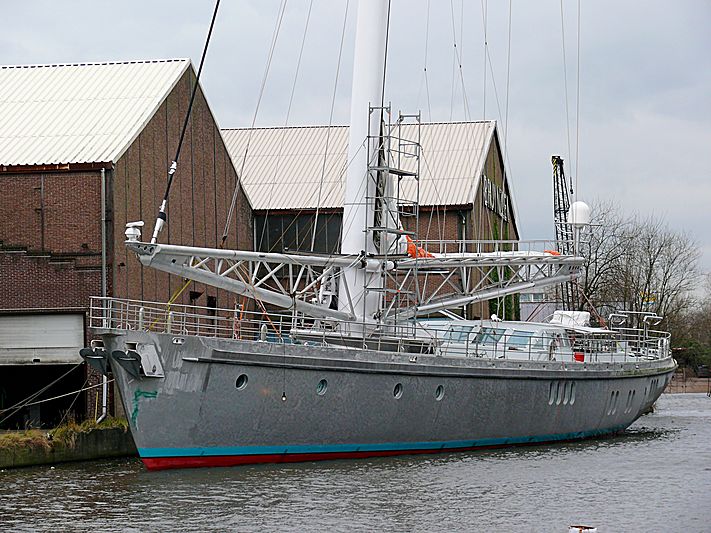 Photo: Merijn de Waard / SuperYacht TimesAround the millennium the owner pulled out of the project, while the hull was already finished. The hull was laid up for a couple of years, until a new owner bought the hull and appointed Gerard Dijkstra & Partners to redesign the yacht with an Aerorig. She was scheduled for a relaunch in 2006, but since then it has again been very quiet around the project. 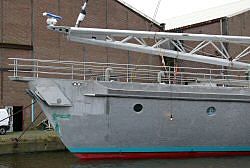 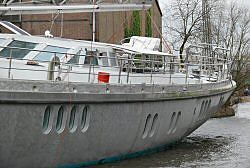 As can be seen on our photos taken yesterday, the yacht is still not finished. With her unpainted aluminium hull and grey deckhouse it looks like she will be an explorer type of sailing yacht. Although it looks like some work is being done on her, it’s difficult to judge on her current stage of construction. 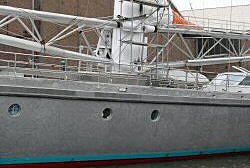 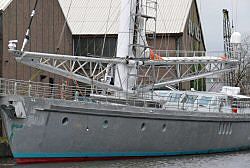 Please contact us if you have more information on the yacht.