Think you've got what it takes to identify our Mystery Yacht? This year, SYT's revered in-house yacht historian and archivist, Malcolm Wood will be testing your yacht-spotting knowledge to the limit in a series featuring historic yachts selected from his archives that were rarely mentioned or photographed in their day. Here, we give you the solution for the March Mystery Yacht. 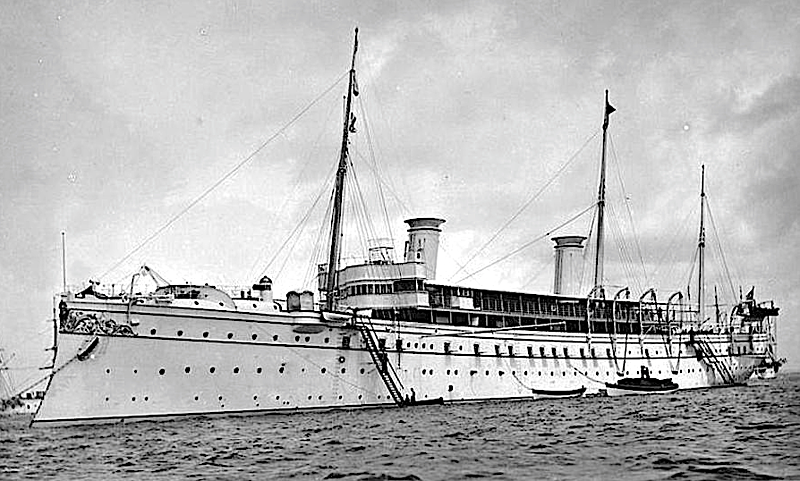 The second yacht of this name was built 1893 by the A.G. Vulcan Stettin shipyard at Stettin, Germany for the German Admiralty. At this time the Socialists in the Reichstag refused to approve funds for an Imperial Yacht, the vessel was therefore built as a dispatch vessel for the German Admiralty and then fitted out after completion as the Imperial Yacht for Kaiser Wilhelm II.

Constructed from steel and with her distinctive ram bow, triple masts and twin funnels Hohenzollern was easily recognisable on her many voyages to the Mediterranean and around the Baltic. The Kaiser also made numerous visits to Norway on this yacht.  She would regularly attend Cowes week and would never miss the Kiel weeks of yacht racing. Hohenzollern made at least one visit to the United States, bringing the Kaiser’s brother Prinz Heinrich across the Atlantic to visit the Townsend & Downey yard at Shooters Island NY where his racing schooner designed by Carey Smith & Barbey was being built.

Hohenzollern was laid up at Kiel in 1914 and became the property of the Weimar Republic at the war’s end in 1918. She was broken up at Wilhelmshaven in 1923.

Just prior to the outbreak of the first World War a replacement, a far larger Hohenzollern (III) was under construction but with the onset of hostilities and the abdication of the Kaiser there was no need for such a yacht.  This partly constructed vessel with an estimated length of 158-metres was later sold and also scrapped in 1923.