Nakhimov Yachts has announced the sale of another new construction project at the Admiral shipyard for one of their clients. This high-tech yacht will be built completely of aluminium and will have a revolutionary hybrid power system with 4 MAN V12-1800 (1324 kW) main diesel engines and 2 (150 kW) electrical propulsion motors. 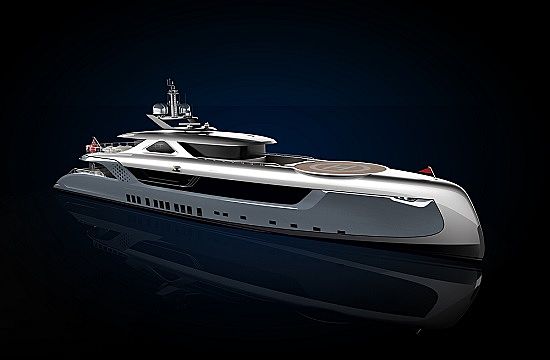 Using combined power the yacht will be able to reach an impressive maximum speed of 25 knots. In line with the owners request for a very efficient vessel the yacht will also be equipped with the Servogear controllable pitch propellers and a modern variable speed Northern lights generator.

The yacht will be build to RINA "Green Star" and commercial standards and represents the new "E-motion" series of Admiral. 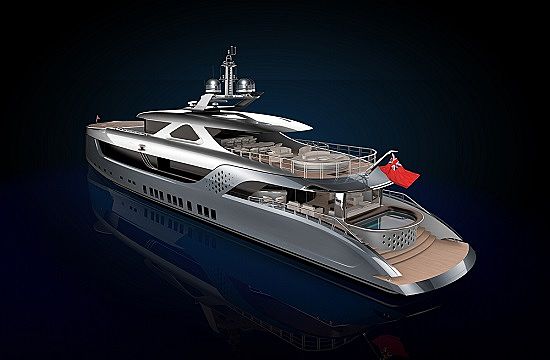 The yacht concept, general arrangement and very modern exterior design were designed by Monaco-based Dobroserdov design. Naval architecture will be by Vripack and the yard. She will have a Master cabin on the main deck as well as 4 guest cabins on the lower deck. The Lower deck features a full beam SPA area with sauna, hammam and a massage room. The yacht will be equipped with a custom 8 meter carbon fiber limo-tender.

The 52 meter yacht will be built under the supervision of the Nakhimov project management team and delivered to the owner in 2016. This yacht will be the 3rd Admiral sold by Nakhimov since the beginning of 2013. Nakhimov is an exclusive representative of Admiral Tecnomar in Russia and Ukraine