Stepping back and looking in from the outside, what is the ideal recipe for founding and growing a successful business in the yachting industry? Is it one part excellent idea, one part financial backing, two parts grit and determination and one part teamwork, or some other combination of the above? As a niche industry, there is no denying that the yachting business is not the easiest in which to make a name for yourself as an entrepreneur. One company which seems to have cracked this formula for commercial success within yachting is the Fort Lauderdale based National Marine Suppliers. 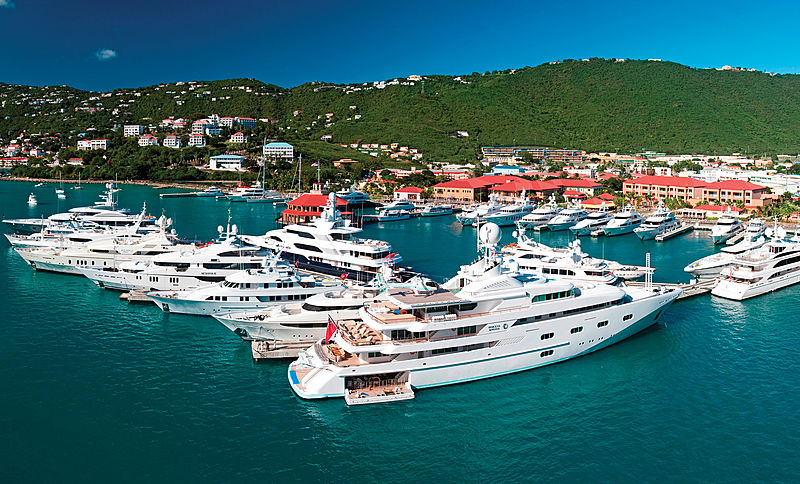 Photo: National Marine SuppliersCelebrating its 30 year anniversary this year, National Marine Suppliers has offices placed in strategic global locations - including Fort Lauderdale, St Maarten, Italy and the Netherlands, as well as a recently-opened facility in Auckland, New Zealand in preparation for the America’s Cup which kicks off in 2021 - and offers a diverse range of supplies and logistical support to superyachts all around the world ranging from deck supplies to superyacht toys, medical equipment, communications solutions and much more. With more than 150 people now on the team, National Marine Suppliers is headed up by Dean Dutoit, who earned his stripes after university as a deckhand, engineer, first mate and captain before moving ashore to help fill the niche in the yachting community he had identified based on his hands-on experience for a reliable and competitively priced supply chain with professional delivery. We steal some time with Dutoit at a busy Monaco Yacht Show to hear his candid insights on how to build a business in the yachting industry and, most importantly, how to keep it growing. 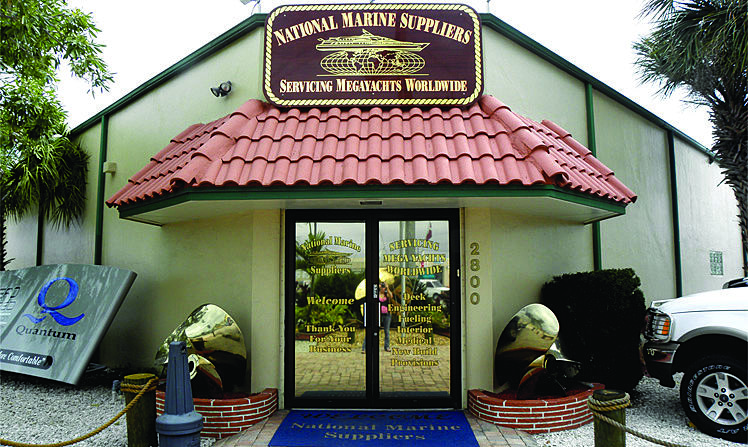 Photo: National Marine SuppliersWhat are the reasons behind the growth of National Marine Suppliers over the years?
When we started, I never wrote a business model for the company and how I wanted it to develop: we just followed the demands of the industry. We began by delivering deck supplies and have now grown to fourteen divisions, bringing everything in house to assist with almost every need that a vessel may have. Because of all of our separate divisions, we can maintain control and instead of receiving 15 different shipments, we receive one shipment with all of our departments together, and we feel that is of huge benefit to our customers.

I think that the explanation for pretty much all of the growth in this industry is based on the increasing size of the vessels over the years. As the size of the vessels grew, so the supply and demand for parts and services developed. The logistics behind provisioning the larger vessels, whether these are floating offshore or around the world, have become one of our biggest challenges. Instead of a 40-metre boat, now it’s a 140-metre boat. Even if it’s the same product, the test comes because of the sheer volume and you need to have the trained staff in every department that are capable of taking this on. Making delivery of a box is one thing; making delivery of 10 pallets is another thing! 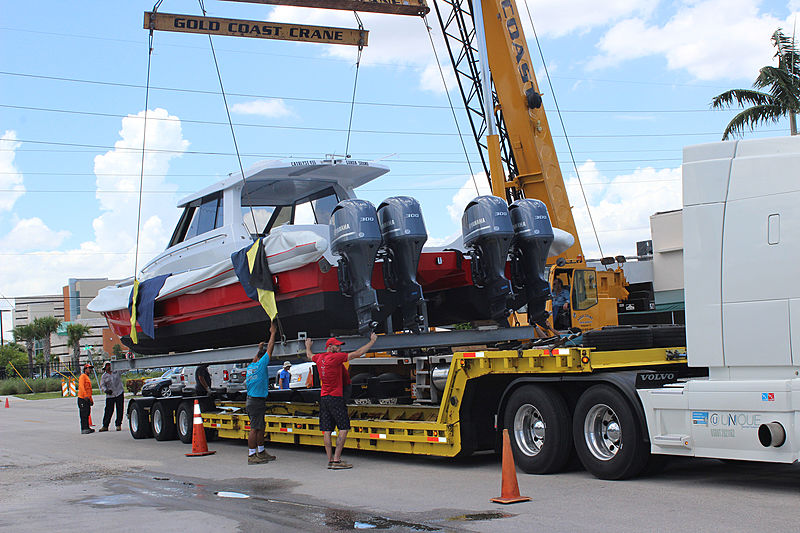 Photo: National Marine SuppliersWhere are your best markets?
About 70% of our business is outside the state of Florida where we’re based. It’s because we’re such a diverse business dealing with an industry that isn’t necessarily based in the United States but is based in the Med and all around the world. There’s really no target area that we’re specifically dealing with because we are a supply company that needs to keep up with the vessels, wherever they are.

We have placed ourselves in strategic locations based on the requests of the industry, starting off with the Caribbean which is our back yard (St Thomas, St Maarten, and Antigua and we are also directly affiliated with the IGY marina management development) but we also have locations in the Netherlands and elsewhere, so we have the strongest buying power in both the US and Europe. Having a US-based company and a European based company, we are also able to assist any of the new builds in Europe, giving them the best of both worlds. 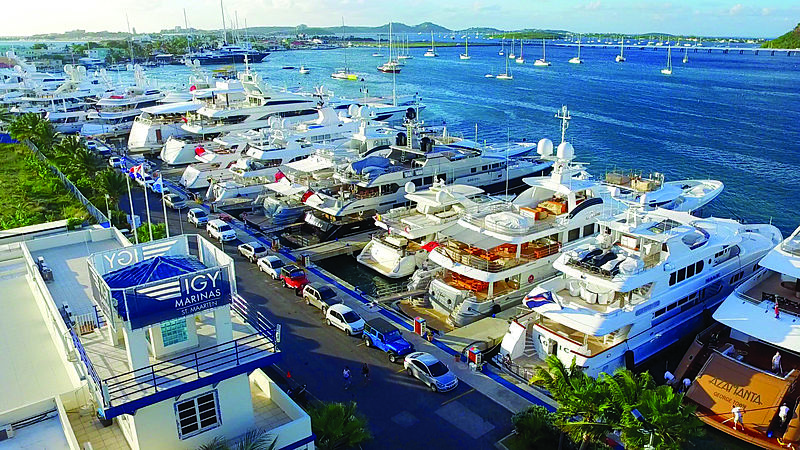 The '08 crisis was without a doubt one of the most challenging times for everyone involved in the superyacht industry as everyone had to rewrite their business plans, but another has to be the tragedy of 9/11. While the world waited and stood by to see what the reaction was going to be from the United States, the phones stopped ringing for approximately 4-6 months and it was a major downturn. Over our thirty years, we have been through three or four historic challenges which we have overcome. 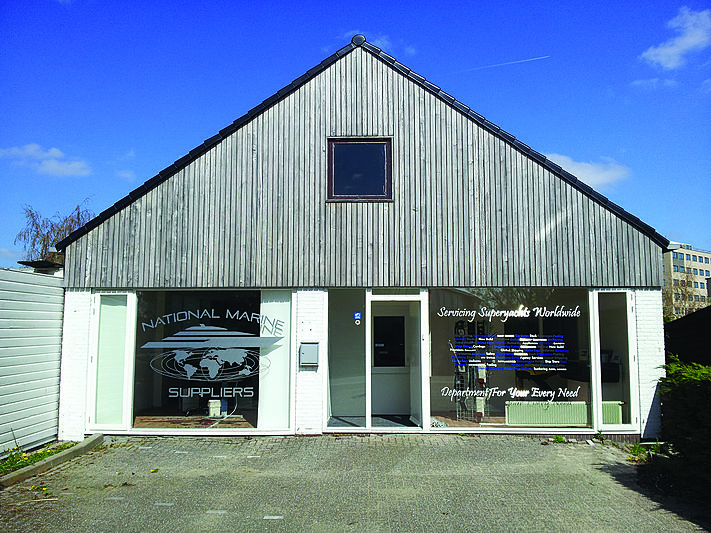 Photo: National Marine SuppliersHow do you keep your costs down?

You have to become a lot more streamlined in the way you do your job through the use of new technology and software. We have had to become so much more efficient, and there are cost savings which are involved because the margins that used to exist in this industry have just disappeared. There is an amazing diversification evident in how we have tied our systems and staff together, making technology assist us and not just relying on human efforts.

As times have changed, our financial formula has stayed quite simple. We are working three times harder, with three times the staff, for one-third of the profit because the quoting game has completely taken over the supply chain, showing how hard it is to stay in the supply business. 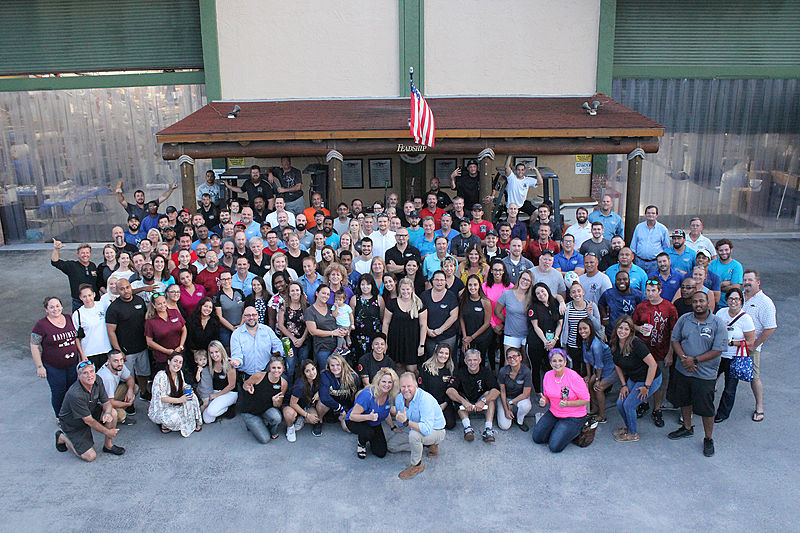 Photo: National Marine SuppliersWhat would be your advice for other budding industry entrepreneurs?

I would say that this is definitely the most challenging time to start a business in the yachting industry as it is evolving and growing so fast and so aggressively. On the supply front, that in itself is something that has taken us 30-plus years to try and perfect, and we are still perfecting it. Of course, there are other parts to the industry that entrepreneurs can jump into: there is an opportunity for everybody.

Our industry is blessed with an amazing group of professionals. It is a world that people do not really understand in terms of the levels of service that we all have to provide. It’s so diverse, it’s so different and the challenges that come with this industry are unbelievable; it’s crazy but I love it! 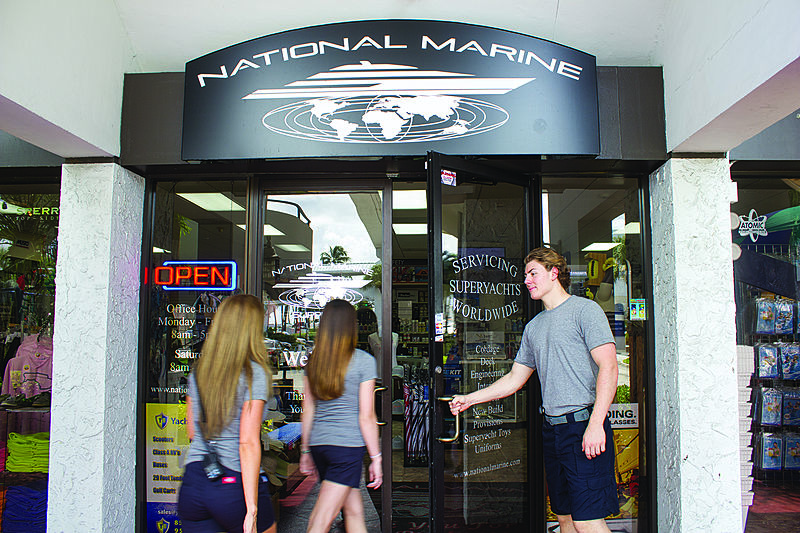 How Heesen is safeguarding its business for the future